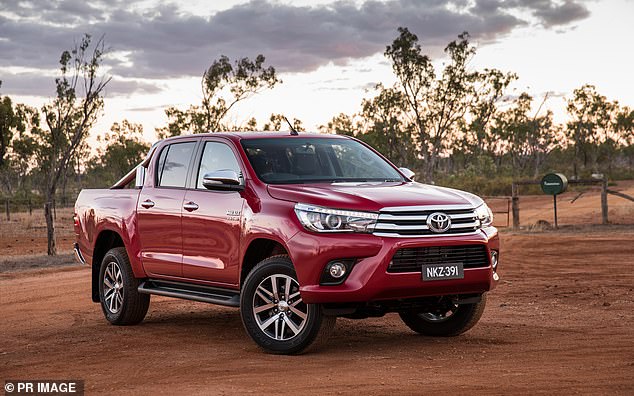 In less than a year, an electric Toyota Hi-Lux may be available, but it might cost eye-watering amounts that are out of reach for the typical 4WD enthusiast.

The best-selling Toyota HiLux 4WD will soon be available in an electric variant, according to Melbourne-based electric truck producer SEA.

The smaller Hi-Lux ute versions are already equipped with battery power by SEA and two other electric car makers, but analysts estimate that retrofitting the cars would increase the retail price by at least $40,000.

The new EV HiLux is also probably going to be built in very limited quantities, with mining corporations and the government as potential customers for larger fleets.

The corporate sector was the primary target market for the development of the Australian-modified electric HiLux, according to Bill Gillespie, president of SEA Electric Asia-Pacific, who spoke to carsales.com.au, a motoring website.

We are collaborating with the Toyota group to see if we can accomplish that aim, he said, adding that there is substantial demand from businesses to do so.

According to Mr. Gillespie, an electric HiLux might be introduced in 2023 if used cars were equipped with SEA Electric’s battery power units.

We merely need to place a large enough order for the components, Mr. Gillespie added.

Can you create 200 in the second part of next year, someone could ask. The answer is “without a doubt.”

Making a plan, getting enough chassis, and buying enough batteries, motors, and wiring are all that are need.

While this may occur in Melbourne, SEA is a US firm with facilities all around the world.

However, Mr. Gillespie said that while SEA and Toyota have a great connection, the conversations are still in the early stages.

The dominant Japanese automaker might yet decide that it would be preferable to develop its own HiLux with electric propulsion.

Battery-powered HiLux utes have also been made by H2X Global and Roev, two other smaller Australian electric vehicle manufacturers.

According to experts, the $60,000 sticker price of Roev utes is increased by roughly $40,000 throughout the conversion process.

In an industry where several of its rivals are already making electric pickup trucks and utes, Toyota has long been seen as a slacker.

However, the business showcased 17 electrified “concept automobiles” in December.

The cars, according to Toyota’s worldwide CEO Akio Toyoda, are test versions of models that the manufacturer hopes to release by 2025.

In Australia, the HiLux outsold the Ford Ranger, which had sales of 50,279 units, with 52,801 vehicles leaving showrooms.