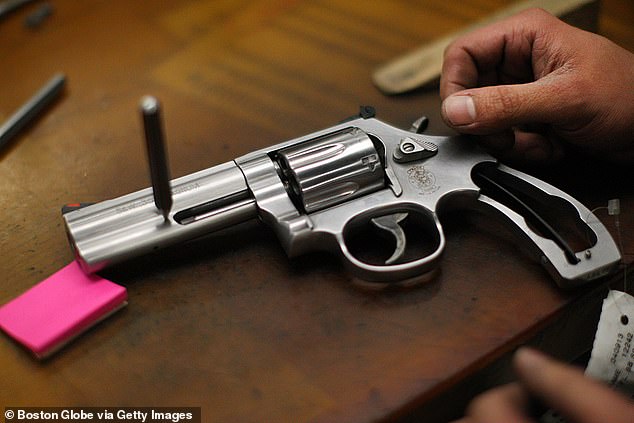 After shooting himself in the head with a handgun in horrifying events eerily similar to those famously portrayed in an Oscar-winning war movie, a young man is fortunate to be alive.

Nearly a month after the September 18 incident at a Westminster property in Perth’s north, the 31-year-old is still hospitalized with significant injuries.

In scenes evocative of the 1978 action hit The Deer Hunter, the man is accused of playing Russian roulette with himself by aiming an ancient, unlicensed Smith & Wesson pistol at his head before pressing the trigger.

The unusual episode was reportedly seen by at least one individual who claimed affiliations with the City Crew, a 1970s-era Coffin Cheaters motorcycle gang feeder organization made up of bikies.

According to The West Australian, the injured individual is not thought to be connected to any known bikie organizations.

The man was critically injured and sent to the hospital; his status is currently reported as stable.

The event brought to mind scenes from the 1978 movie The Deer Hunter, in which three American prisoners of war are made to play Russian roulette by their captors.

Actor Robert De Niro demanded a live cartridge pistol for the scene of the iconic Russian roulette sequence, according to a statement made by director Michael Cimino last year.

Investigations into the current incident are still ongoing, according to WA Police.

Despite their continued silence, witnesses have informed investigators that the man was hurt unintentionally.

A police spokesperson added, “At this moment, there is nothing to imply that another party was engaged in the shooting.”

Paul Papalia, the police minister, commented on the current event after only recently announcing changes to the state’s gun legislation.

The Firearm Prohibition Scheme will make it illegal to produce 3D-printed firearms, toughen up the punishments for offenses involving firearms, and—most significantly for the WA police—forbid anybody suspected of presenting a security risk from possessing a license.

A restriction on residing near a storage location for weapons will also apply to those who are regarded a risk to the public.

No one in Western Australia should own an illegal Smith & Wesson, or any other illegal firearm for that matter, Mr. Papalia said, regardless of the circumstances.

He recently disclosed that around 300 West Australian bikies and their accomplices had weapons permits and can get lethal shotguns, pistols, and rifles lawfully.