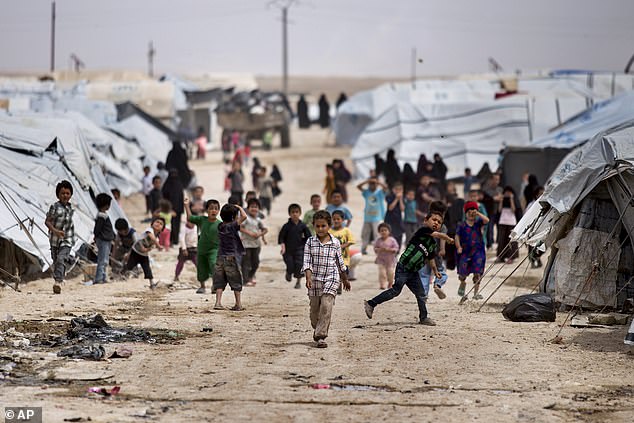 The first Britons permitted to return to their home country since the fight against the terrorist group was over are an ISIS bride from the UK and her child, who were taken from a refugee camp in north-eastern Syria.

The return of the mother and son could signal a change in the British government’s position, which up until now has only seldom accepted the return of British citizens who fled to ISIS.

According to Jonathan Hargreaves, the UK Special Representative for Syria, “UK authorities have enabled the return of two British Nationals from #Syria.”

We evaluate each request for consular aid in Syria on a case-by-case basis, taking into account all pertinent factors, including national security, in accordance with our long-standing policy.

Human rights NGO Reprieve said that the lady was “a victim of trafficking, carried to Syria by a male relative when she was a young girl,” and that “she and her child had undergone great anguish.” Campaigners applauded the action.

The action may provide encouragement to those pushing for Shamima Begum’s return, the ISIS bride who fled her London home at the age of 15 to join the terrorist organization and had her citizenship revoked by the UK in 2019.

The woman’s identity and the location of the camp where she was detained are also being concealed, and the statement was made in the middle of the night, leaving little specifics about the case. Reprieve backed preserving her privacy.

It is believed that up to 60 Britons, including 35 children, are being detained in dingy prison facilities in Syria created for the relatives of ISIS members who have been caught or murdered.

The majority, all former ISIS supporters, were taken by Syrian Kurdish forces in the early 2019 ground battle and have been imprisoned in large camps like al-Hawl in Syria’s northeast for an unknown period of time.

Whether to return them home or allow them to perish in Syria has been a contentious subject.

The British government’s decision to revoke the citizenship of certain individuals who traveled to the Middle East to join ISIS, notably Shamima Begum, who abandoned her family in 2015, has further complicated the situation.

Many of these people, it is suggested, would constitute a security danger if allowed to return to Britain since they fled to join an enemy force at war with the country.

However, a lot of these people are or were very young when they fled, and many have childs who either grew up in the camps or have only known life in war-torn Syria.

Some contend that keeping British residents in these camps constitutes “cruel or unusual punishment” because of the deplorable, unsanitary, and depressing circumstances there.

Human Rights Watch estimated in 2021 that 43,000 foreign individuals associated with ISIS, including men, women, and children, were being kept in comparable circumstances without being given a chance to stand trial.

Australia said that it will send roughly 60 individuals, including 20 women and 40 children, home from the camps. Other nations have already begun to gradually begin the process of repatriating their residents.

In the meanwhile, Finland was censured by the UN watchdog yesterday for breaching the rights of Finnish children who were abandoned to suffer for years in dangerous Syrian camps for relatives of suspected terrorists.

The committee’s conclusions, which reaffirmed an earlier decision on France’s obligation to care for French children imprisoned in the camps, said that “prolonged imprisonment of child victims in life-threatening circumstances amounted to cruel and humiliating treatment or punishment.”

Six Finnish children who are being imprisoned at the Al-Hol camp in northeastern Syria were represented in the case by the committee, which consists of 18 independent specialists and is responsible with overseeing the application of the Convention on the Rights of the Child.

Three of the childs have been allowed to leave the camp on their own initiative with their mother after their relatives presented the matter to the committee in 2019, and they finally returned to Finland.

The committee said, “The remaining three young victims, who are presently between the ages of five and six, are still held in locked camps in a warlike zone.”

33 other Finnish youngsters who were detained at the camp without access to legal counsel were also identified in the appeal from their family.

Al-Hol, the biggest of many camps in the area housing relatives of suspected jihadists, is home to some 56,000 people, predominantly women and children.

Some analysts believe that leaving these women in the camps would increase the risk of further radicalization since the facilities are run by a hard-core of ISIS adherents who set the rules for the camp.

In July, Shamima Begum reiterated her request to be let to go back to Britain, saying she could be a “voice against radicalization.”

In 2019, the 22-year-British old’s citizenship was revoked. She now claims that she wants to be “used as an example” to warn other Britons about the risks of adopting extremist views.

Begum, who traveled to Syria with her pals Amira Abase and Kadiza Sultana in 2015, is now residing in the Al-Roj prison camp.

She claimed that she wanted to be “as British as possible” in an interview with iNews from the camp where she is being held while she awaits a trial by the Kurdish Syrian Democratic Forces, but she also acknowledged that she anticipates spending the rest of her life in Syria.

Bangladesh is where Begum’s parents were born. She dropped out of Bethnal Green High School in East London in order to go to Syria and join the Islamic State.

There, she got hitched to an ISIS warrior and had three children, all of whom passed away at an early age.

In the north-east prison camp in Syria, her youngest child passed away in 2019.

She had attempted to regain her British citizenship in the past, but her Supreme Court request to go back to the UK and present her case there was denied.

She cannot go back to the United Kingdom to file an appeal against the verdict, the Supreme Court decided on the grounds of national security. According to the legislation, citizenship may be revoked if it is thought to be in the public interest.