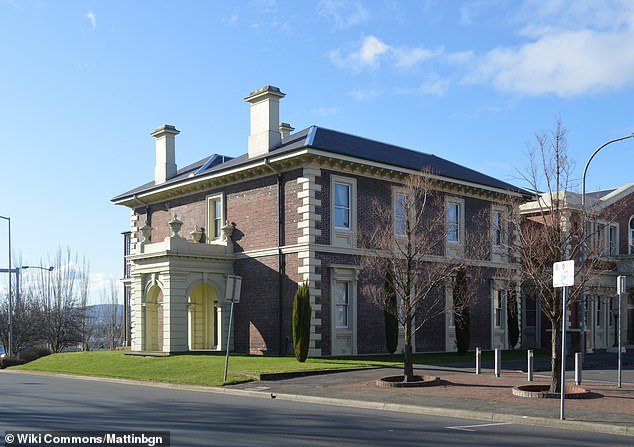 A lady from Western Australia who murdered her 71-year-old mother in Tasmania by smothering her with a pillow has argued that her 23-year prison sentence is disproportionate, in part due to a ‘oppressive’ police interview.

Natalie Maher, 49, was convicted of the October 2019 murder of Veronica Corstorphine, whose decayed body was discovered in her bed at home over a month after her death.

After the murder, Maher transferred approximately $12,000 from Ms. Corstorphine’s bank account to her own and departed Tasmania to Western Australia with other goods belonging to her mother, including jewelry.

Maher had begun living with her mother in the northern city of Launceston approximately two months prior to the murder, when “long-standing tensions” reached a boiling point.

Veronica Corstorphine (left), 71, was found suffocated in her Tasmanian home; a jury determined that her daughter was guilty.

Tuesday, the Court of Criminal Appeal in Tasmania heard Maher’s appeal against the severity of his sentence, which includes a 13-year mandatory minimum.

Kim Baumeler, her attorney, argued that a taped police interview with Maher in Washington following her detention should not have been admissible at trial.

Ms. Baumeler regarded the officer’s interrogating style as oppressive and stated that he consistently violated Maher’s right to remain silent.

Ms. Baumeler stated, “Another issue that could be construed as oppressive is the threat to display photos of the decomposing mother.”

The lengthy interview, which was aired in court, revealed that Maher frequently responded “no comment” to investigation-related queries.

At one point, when the officer stated that she was in a “world of hurt,” Maher responded, “I don’t know what else to tell you.”

John Ransom, an attorney for the state, acknowledged that a portion of Maher’s interview was exaggerated, but stated that he remained rather composed given the subject matter.

She was able to maintain rejections of highly admissible evidence. He stated that she did not appear to misunderstand.

The police officer’s general demeanor and conduct were well within the bounds of reasonableness.

Maher further believes that there was a legal error to allow state forensic pathologist Dr. Donald Ritchie’s opinion testimony to be presented at trial.

The criminal appeals panel of three judges will announce their decision at a later date.

Justice Robert Pearce stated during Maher’s sentencing last November that he committed the act “due to a lack of self-control or passion, possibly exacerbated by alcohol intake.”