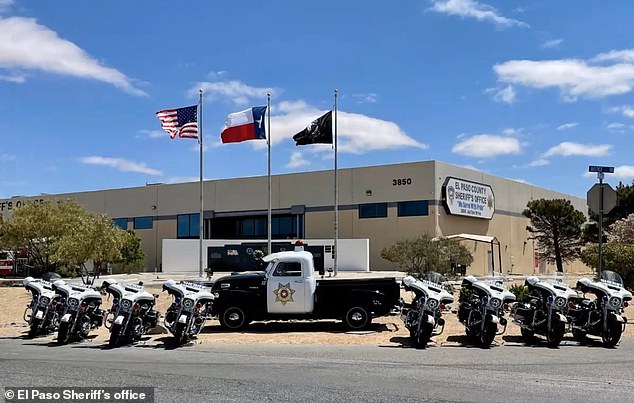 A Texas woman was detained for allegedly kidnapping an immigrant mother from Honduras’ 18-month-old baby and then trying to pay a ransom to get him back.

Jenna Leigh Roark, 45, is accused of kidnapping the youngster in May of last year, keeping him prisoner for five months, and conspiring with them to do it.

A criminal complaint claims that Roark gave the woman a lift to a bus stop in El Paso before kidnapping the child and demanding $8,000 to release him.

Roark may be sentenced to life in prison if found guilty on the charges.

However, Roark presents an entirely different account, claiming that she was forced to care for the child until the Honduran mother paid a quantity of money to a Mexican gang when her husband got into difficulty with them.

On September 16, the Texas highway patrol stopped Roark’s automobile after seeing that it was carrying three illegal aliens in the backseat. Roark was then taken into custody along with the youngster.

When the police questioned who the child in the front seat was, the woman’s 15-year-old daughter said that he was Aiden Smith, the son of her other daughter, and that he was born on May 19, 2021.

When Roark’s other daughter arrived at the scene, she identified the youngster as Aiden Javier Smith but informed the officers that he was going to be 18 on May 19, 2020. She said that while the baby was technically not hers, she was engaged to the boy’s biological mother.

According to a Texas Department of Public Safety report, the youngster was admitted to the hospital due to “poor health” and then released to protective services while his true family was being sought for.

Ten days later, authorities in St. Petersburg, Florida, alerted the FBI to the presence of a nearby Honduran woman who had been “removed from her young boy” and was being threatened with financial extortion in return for [his] safe return, according to the complaint.

The woman told police that she and her son had entered the country from Mexico in May and that they had asked two random people for directions to a Greyhound station at an apartment building in El Paso.

When she accepted their offer of a ride to the train station, the strangers—a guy and a woman who went by the name Jane—told her they were keeping the child.

According to the lawsuit, Jane would sometimes give the Honduran mother images and videos of her son, and they would chat on the phone two to three times each week.

The gadget Jane used to contact the mother was tracked by the FBI, who determined that it belonged to Roark.

She acknowledged that he was her son when the FBI showed the Honduran mother a picture of the boy acquired from Roark.

When questioned about the claims, Roark stated that she was the victim and that her husband had legal issues with Juarez’s La Empresa gang.

She said that a guy in Mexico who she only knew by the name of Richard “delivered the child to her.”

Roark said the amount was $10,000 even though he had sent the Honduran woman texts seeking just over half that amount.

Roark said that she had previously been held by immigration officers for bringing individuals into the country illegally.