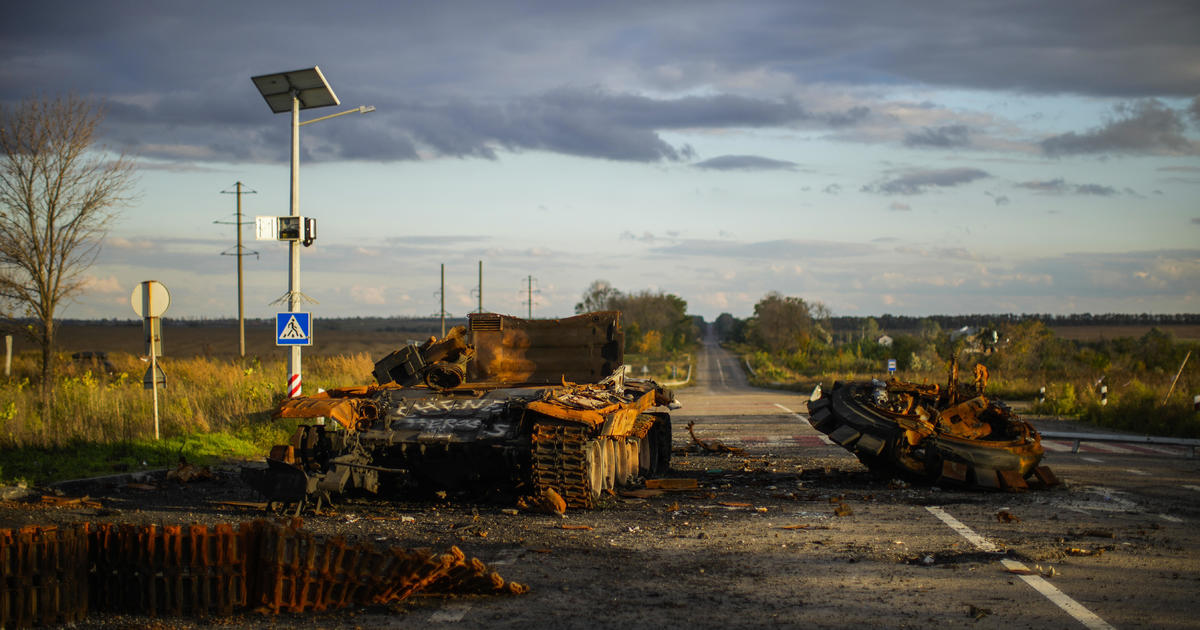 On at least two fronts, Ukrainian forces made greater progress in their counteroffensive on Monday, making advances in the same regions that Russia is attempting to annex.

This put Moscow’s efforts to recruit more soldiers and its promises to defend integrated territories by all means to the test.

In their most recent victory, Ukrainian troops broke through Russian lines in the strategically important Kherson region in southern Ukraine, one of the four regions in Ukraine that Russia is currently annexing.

At a time when Russian President Vladimir Putin is attempting to deal with issues with manpower, weapons, troop morale, and logistics in addition to growing domestic and international criticism, Kyiv’s forces also solidified gains in the east and other significant battlefields, re-establishing Ukrainian control.

Domestically, Putin is in disarray and under fire due to his sporadic force deployment and uncertainty over the drawing up of new Russian boundaries.

Even Igor Konashenkov, spokesperson for the Russian Defense Ministry, who often concentrates on his military’s victories and the enemy’s losses, was compelled to recognize the achievements made by Ukraine.

The enemy was able to penetrate our lines deeply with numerically superior tank units pointed in the direction of Zolota Balka and Oleksandrivka, Konashenkov said on Monday, referring to two towns in the Kherson area.

Along with that, he said that the Ukrainian military suffered significant casualties at the hands of Russian troops.

In contrast to their successful breakout effort that started last month in the northeast near the country’s second-largest city of Kharkiv, Ukrainian troops have failed to reclaim the Kherson area because of its wide terrain.

Since the summer, Ukraine has aggressively attacked Russian supply lines in the Kherson region and made progress towards Russian-controlled territory west of the Dnieper River.

The main Dnieper bridge and a dam that acted as a secondary crossing have both been frequently attacked by the Ukrainian military using HIMARS rocket launchers that were provided by the United States. Additionally, pontoon bridges that Russia had been using to supply its forces were hit.

The annexation treaties for the Ukrainian provinces of Kherson, Zaporizhzhia, Donetsk, and Luhansk to become a part of Russia were approved by the lower house of the Russian parliament when the front lines changed.

Tuesday, the upper house will do the same. This comes after annexation referendums that were allegedly rigged and illegally conducted by the Kremlin last week, according to the head of the U.N. and Western countries.

Putin’s efforts to organize additional soldiers and Russia’s attempts to annex Ukrainian territories were made in such a hurry that government officials found it difficult to explain and put them into practice.

The situation on Monday was simple: What regions of Ukraine is Russia specifically attempting to take over?

Donetsk and Luhansk are joining Russia with the same administrative boundaries that were in place before a fight there in 2014 between pro-Russian rebels and Ukrainian troops, according to Kremlin spokesperson Dmitry Peskov. He did, however, clarify that Zaporizhzhia and Kherson’s boundaries are still up for debate.

We’ll keep having that conversation with people in those areas, Peskov added.

A powerful Russian legislator presented an other viewpoint. Zaporizhzhia will be integrated inside its “administrative boundaries,” according to Pavel Krasheninnikov, indicating that Moscow intends to include areas of the territory that are currently under the jurisdiction of Kyiv.

Similar reasoning, according to him, will also apply to Kherson, although Russia will also include two of the Mykolaiv region’s bordering districts that are now under its control.

Other reports showed Ukrainian flags, troops deployed, or other indicators that Kyiv’s forces had retaken the villages of Arkhanhelske, Myroliubivka, Khreshchenivka, Mykhalivka, and Novovorontsovka in addition to the Kherson districts that Russia’s Defense Ministry mentioned. The gains were not immediately confirmed by Kiev.

According to Ukraine’s presidential administration, the situation in the regional capital, also known as Kherson, was so unstable that Russian police are preventing people from leaving.

While acknowledging that Ukrainian troops “had broken through a bit further,” Kirill Stremousov, a Russian officer stationed in the Kherson area, asserted that “all is under control” and that Russia’s “defense system is operating.”

However, Russia claimed that it had some success in retaliation. Vladimir Saldo, the head of Kherson appointed by Moscow, claimed that Ukrainian troops attempted to advance toward Dudchany along the western bank of the Dnieper in order to reach the important dam at Nova Kakhovka, but that Russian warplanes destroyed two Ukrainian battalions and put an end to the offensive.

Saldo said that attempts by Ukrainian soldiers to enter the Kherson area from Mykolaiv and Kryvyi Rih were repelled by Russian forces.

Both Saldo and Stremousov’s assertions were unable to be independently confirmed.

Ukraine reported developments in further Russian annexation territories. Serhiy Haidai, the governor of the Luhansk region of Ukraine, said that the hamlet of Torske, located 12 kilometers from the Kreminna, had been retaken by Kiev’s soldiers.

Oleh Zhdanov, a military expert for Ukraine, said that the region is “critical for controlling the whole Luhansk region” since the Russians “don’t have any further lines of defense beyond (the city).”

According to Zhdanov, retaking this city “opens up operational space for Ukrainians to swiftly move to the very state boundary with Russia.”

He said that Russian forces had left the Kharkiv area. According to reports, the Ukrainian army seized the majority of Borova, which is located 31 miles north of Lyman in the Kharkiv area across the Oskil River.

The Ukrainian flag was waved by officials as they travelled around reclaimed streets in a video.

“You’ve made it home at last. Ukraine is the last nation. Praise be to Ukraine!” a spectator shouted.

In another incident in the Kharkiv area, a Russian missile strike on a hospital in Kupiansk resulted in the death of a doctor and the injury of a nurse, according to Governor Oleh Syniehubov.

At least 24 people were murdered last week when a caravan attempting to evacuate Kupiansk was attacked.

Lyman, a crucial eastern city that the Russians had utilized as a major logistical and transportation base, has also been reclaimed by Ukraine. Lyman is located in the Donetsk area close to the Luhansk border.

The Kremlin has been humiliated by Ukraine’s attempt to retake land, which has also led to unusual internal criticism of Putin’s conflict. Since the call-up on September 21, tens of thousands of Russian men have left their country.

Many people took flights to Turkey, one of the few nations still having aviation connections to Russia. Long traffic snarls have been caused by others leaving automobiles at the Russian borders with Finland, Georgia, and Kazakhstan.

The director general of the biggest nuclear power plant in Europe, Zaporizhzhia, which is under Russian occupation, has been freed from Russian custody, according to the International Atomic Energy Agency, the U.N.’s nuclear watchdog. Ihor Murashov was handcuffed, blindfolded, and taken into custody by Russian authorities on Friday.