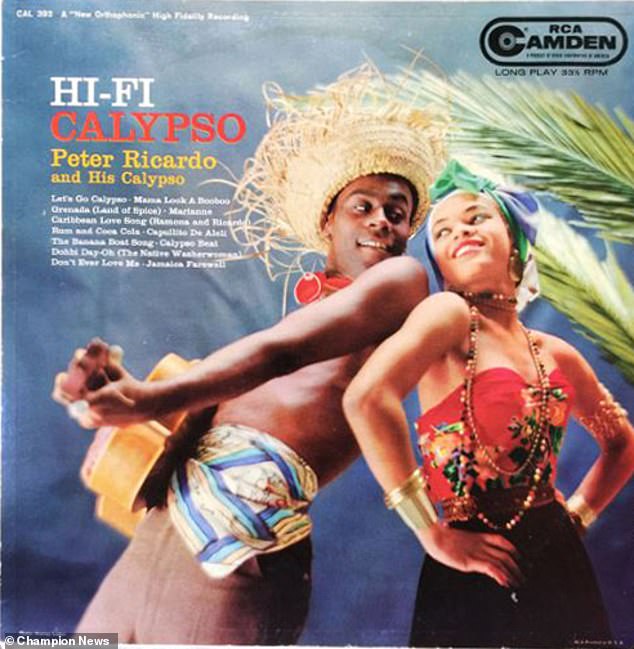 A 92-year-old former West End cabaret singer is engaged in a legal battle with her own son over allegations that she faked her husband’s will in order to inherit his £8 million wealth.

Former ‘Windmill girl’ Jobyna Watts received her Calypso king husband Eustace Watts’ estate when he passed away in 2008, leaving their son, Carlton, penniless in his will and starting a violent legal battle between the two.

Carlton, 64, has now taken his elderly mother to the High Court to contest Eustace’s 2000 will, claiming from the witness stand that she “defrauded my father’s estate.”

Mrs. Watts argues, however, that her son’s claims are driven by ‘animosity and vengeance,’ and the pensioner’s attorney told the judge, “This is not how she should be spending her golden years.”

Mrs. Watts established herself in the iconic Windmill Theatre in London’s West End, which was renowned for its shapely and frequently scantily-clad dancers, in the aftermath of World War II.

She then formed a duo with musician Eustace, whose stage name was Peter Ricardo, under the name ‘Ricardo and Jobyna’ She was praised for her frenetic style of dancing, which incorporated tambourine and tap.

Mrs. Watts became his second wife in 1955, and the couple finally settled in Hounslow, west London.

Despite a difficult beginning as an orphaned boy in Grenada, singer-songwriter Eustace experienced a colorful and successful life.

Adopted by an English judge, he was taught to read music and play the piano and guitar before setting out in the 1930s but abandoning ship at Southampton.

He then formed a calypso band and began composing his own music, releasing the album Hi-fi Calypso in 1957, but losing interest in music by the 1960s.

However, he switched to business, operating a hotel and acquiring a portfolio of residential and commercial properties in west London, which Carlton believes was worth approximately £8 million, although his mother disputes this figure.

He passed away in April 2008 at the age of 92, having battled cancer and dementia in his later years.

Now his wife and son are arguing over his final will and testament, which was drafted in 2000, with Carlton claiming it was a fraud “likely created after the decedent’s death” by his mother.

He asserts that his father’s final will was a 1994 document that divided everything equally between himself, his mother, and his brother Fraser Watts.

Carlton questions the validity of the witnesses’ signatures and the appearance of the will’s writing.

His attorney, Justin Holmes, presented evidence from a forensic expert who analyzed the handwriting and raised concerns that the ‘pen pressure’ of the lawyer’s and witness’ signatures were remarkably similar.

Mr. Holmes also asserted that the ‘angle of letter formation’ on Eustace’s signature was strikingly similar to that of Mrs. Watts, and that evidence suggested that the 2000 will may have been created by ‘tracing’ the signatures of the solicitor and witness from a different Watts family will drafted in the same year.

However, defense attorneys assert that the claims of forgery are absolutely unfounded.

Matthew Tonnard, the attorney for Mrs. Watts, stated that Carlton had been well-provided for by his parents and had lived with them as an adult until he was “given” his own home by Eustace, but now had his “mind made up” against his mother.

Since 2009, he had been challenging the will, even though his mother had been cleared of any wrongdoing following a police probe he initiated in the past.

Motivated by “malice and hatred,” he placed a sign in front of his home that read, “Jobyna Watts falsified her husband’s will and took his money.”

Carlton, a former driving teacher and current data analyst, stated from the witness stand that he had a “decent relationship” with his mother “until I began questioning her actions.”

From that point on, however, she ceased all communication with me, he said the court.

“I have no anger against her,” he insisted, denying that his argument was driven by malice.

Mr. Tonnard countered, “I say there is no truth to any of this; you are merely seeking for a method to establish a claim to this estate.”

Carlton denied the claim, telling the court, “No, I have attempted to disclose the fact that my mother falsified paperwork to cheat the estate.”

Mrs. Watts argues that the document represents her husband’s ‘final real will,’ but contends that she owns his assets anyway because they were owned jointly.

She claims she is unaware of the supposed 1994 will and demands that Carlton verify its existence.

She has also contested her son’s assessment of the estate at £8 million, arguing that his wealth at the time of his death was closer to £1.1 million and was jointly owned.

Master Julia Clark, the judge, delayed the case to a later date so that additional evidence could be presented.