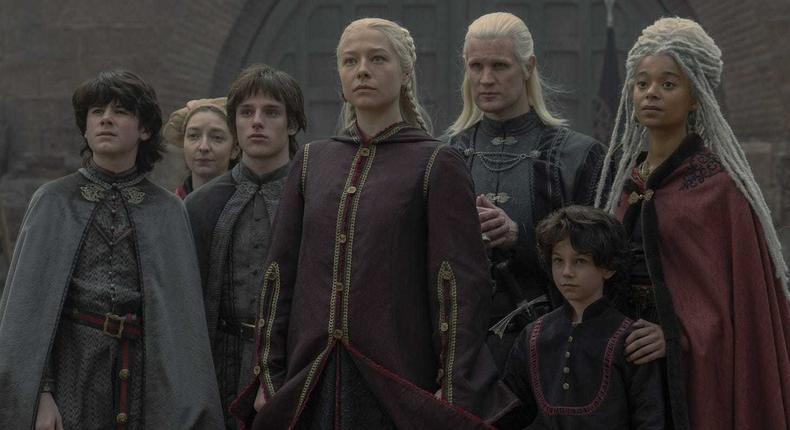 In “Fire and Blood,” George R. R. Martin describes the complex legacy of House Targaryen in Westeros. Now, HBO’s “House of the Dragon” TV series brings a portion of it to life as it chronicles the reign of King Viserys and the civil war that raged following his death.

Here is a look at the relationships between the primary characters in “House of the Dragon” (so far). To view our breakdown of the most significant or intriguing interfamily relationships, please scroll beneath the graphic.

Keeping the preceding family tree in mind, below are the most important relationships to remember:

Rhaenys was King Jaehaerys’ granddaughter via his eldest son, while Viserys was his grandson via his younger son. Some claimed that Rhaenys’ claim to the Iron Throne was more legitimate than that of her male relative. However, the males of the realm thought otherwise.
In between one of the time jumps, Alicent and Viserys married their only daughter, Helaena, to their eldest son, Aegon. Here you can learn that Helaena and Aegon had two children of their own.)
Now that Daemon and Rhaenyra (who are uncle and niece) are married, their combined offspring from their first marriages are Baela, Jacaerys, Rhaena, Lucerys (now deceased), and Joffrey, in chronological order.
Daemon and Rhaenyra have two further trueborn children, Aegon the Younger and Viserys, named after his grandfather, who are not yet included in this family tree due to their young age.

For additional information on “House of the Dragon,” please read our breakdown of the eight best details you may have missed in the season one finale.

»See how “House of the Dragonkey “‘s characters are related«