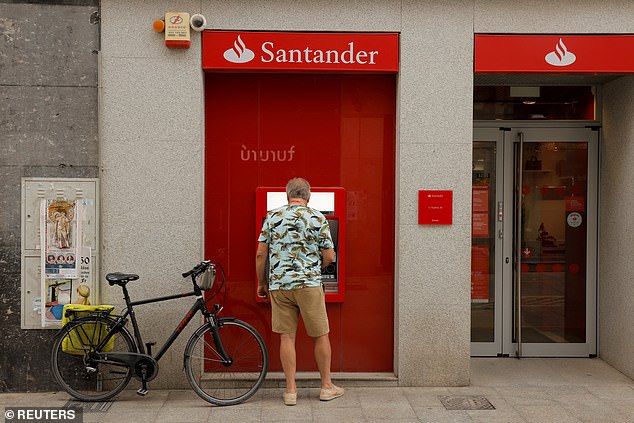 In light of the revelation that a 61-year-old lady lost more than £80,000, Santander has urged for more steps to be taken to combat fraudsters who pose as customers’ friends.

Some individuals have lost money as a result of the fact that many banks have their own rules and do not adhere to a voluntary guideline that aids victims targeted by APP scams, in which fraudsters pose as their friends.

The business recommended that all banks abide by a set of guidelines to prevent customers from falling for cruel con artists posing as their friends and soliciting money from them.

Santander is now advocating for more uniform data sharing and the required usage of confirmation of payee in an effort to further safeguard clients.

The Online Safety Bill, according to Santander, should be moved forward, and higher-value or higher-risk payments should be subject to additional inspections.

In response to a persistent surge of ruthless scammers preying on individuals, the bank has also issued a warning to its clients.

She was playing an online game with someone when they persuaded her to send them many sums.

When the lady experienced financial hardship as a result of the deception, Santander eventually discovered the scheme and gave her a refund.

Santander said that the fraudster, who was aiming to avoid being detected, had instructed the lady to fabricate the justifications for the payments.

More than 70% of purchase frauds, according to the lender, originate on social media.

The Payment Systems Regulator has suggested that banks compensate anybody who loses more than £100 as scammers continue to prey on consumers and seek to steal their money.

Banks may reduce the threshold for repayment further, excepting situations where clients are complicit in the scam or behaved carelessly.

The PSPs would levy an additional fee of up to £35 to handle refund claims.

There would be a 13-month backstop deadline to settle claims beginning on the day of payment.

“The sheer magnitude and value of APP fraud may deflect from the genuine effect of these crimes on individual customers, who can lose more than just money — their confidence and mental health can also be seriously damaged,” said Enrique Alvarez, head of daily banking at Santander UK.

Sadly, we see this much too often, and it is time for us to take coordinated action. These frauds should not be carried out by criminals who get away with it.

“We want individuals to be better protected if they are targeted by a fraudster and have already laid forth recommendations meant to guarantee far stronger and consistent levels of protection for victims of APP scams,” the Payment Systems Regulator said in a statement.

Financial institutions must take action to stop fraud, and our recommendations will provide banks substantial incentives to do more to stop APP fraud before it starts.

“We will apply our regulations as soon as the law is revised, if at all feasible.”

We also instructed an additional 400 financial institutions to deploy the confirmation of payee name-checking service in October. The safeguards offered to those who make payments will become more widely used as a result.