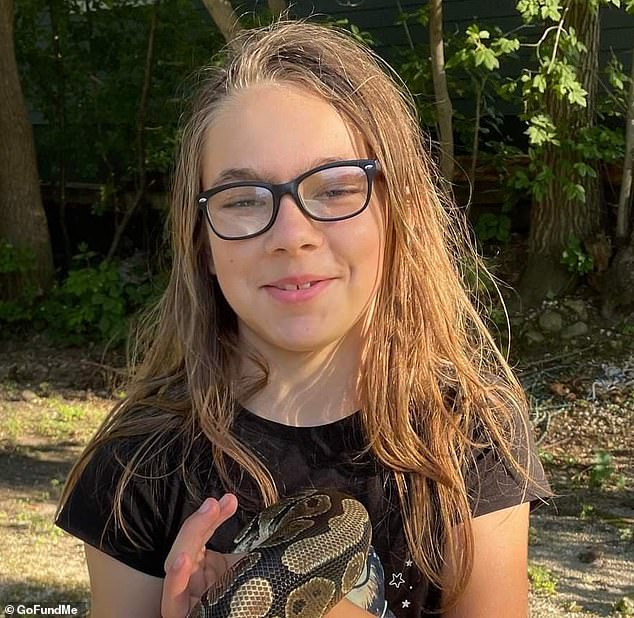 Four siblings and their moms were shot dead inside their Wisconsin apartment after their stepfather set it on fire and then turned the pistol on himself.

They shared a home with Connor McKisick, who shot and killed Jessica McKisick, 33, her daughters Sofina and Natalie Kleemeir, 12 and 14, as well as two unidentified three-year-old boys.

After firemen were summoned to their burning flat on Mansfield Court in Hartland at approximately 5.15am on Friday, their corpses were found. The four-unit building’s surviving occupants were safe.

Misko reported on Monday evening that all victims had one gunshot wound apiece. Additionally, he said that the flat where several firearms were discovered showed signs of having an ignitable liquid.

‘This is a devastating situation for the family of the deceased, for our first responders and for the Hartland community,’ Misko added.

According to CBS 58, at least 15 fire agencies and nine police units were summoned to the area for the incident on Friday.

Photos of the occurrence reveal a smoke-stain blackened roof with side paneling totally burnt through, leaving a gapping hole on the side of the structure.

The door of the flat was burned black and bricks were observed collapsing from the side.

Ardita Gashi, a resident of the apartment building and a single mother, claims that her son Ariel, 13, heard an explosion “across the hall” and ran to wake up his sisters Adela, 15, and Amina, 8.

A family friend revealed on GoFundMe that the man “rushed them out of the apartment through their back door and led them by the parking lot to safety where he then called his mom, [who was at work].”

Fjolla Mustafa, a friend, wrote: “Everything they had was destroyed by the fire and smoke.”

In a statement, Natalie’s alma mater Arrowhead High School recalled the adolescent and described her as a “caring person” who “always had a good-hearted demeanor towards everyone.”

With the words: “We are tremendously devastated about what happened to our family, losing Jessica, our nieces and nephews so unexpectedly,” Jessica’s niece Mel Blakeway launched a GoFundMe page in memory of the deceased mother.

Mel wrote on Facebook, “I’m in full disbelief since we just said goodbye to our grandmother a few months ago and now we have to say goodbye to them.

A GoFundMe was also created by Natalie’s pals. Her late companion was described as “always nice, witty, and brilliant” by Gabrielle Slowinski.

She was a high school student with a promising future in front of her. She gushed about her family and how much she loved them. She would often email me images or videos of her siblings to gush over how adorable they were.

Cayla Anderson, a former classmate of Jessica’s, also posted about her “heartbreak” on Facebook, stating: “She and I attended St. Paul’s together from the time we were little until the eighth grade…

I’m very sorry you and your adorable children are no longer with us, but I know you are all together in paradise. Take it easy.

On Friday, the family held a vigil at Nixon Park where around 20 people showed up to remember them. According to reports, the two girls’ friends were present.

According to the Milwaukee Journal Sentinel, the other families in the Mansfield Court apartment building have been relocated, and the village officials are collecting gift cards for food and clothing to assist them.

A family of four, a couple, and a single mother and her three children who have lived in the apartment for 13 years total the three units.

»Man kills himself after killing wife and four children«