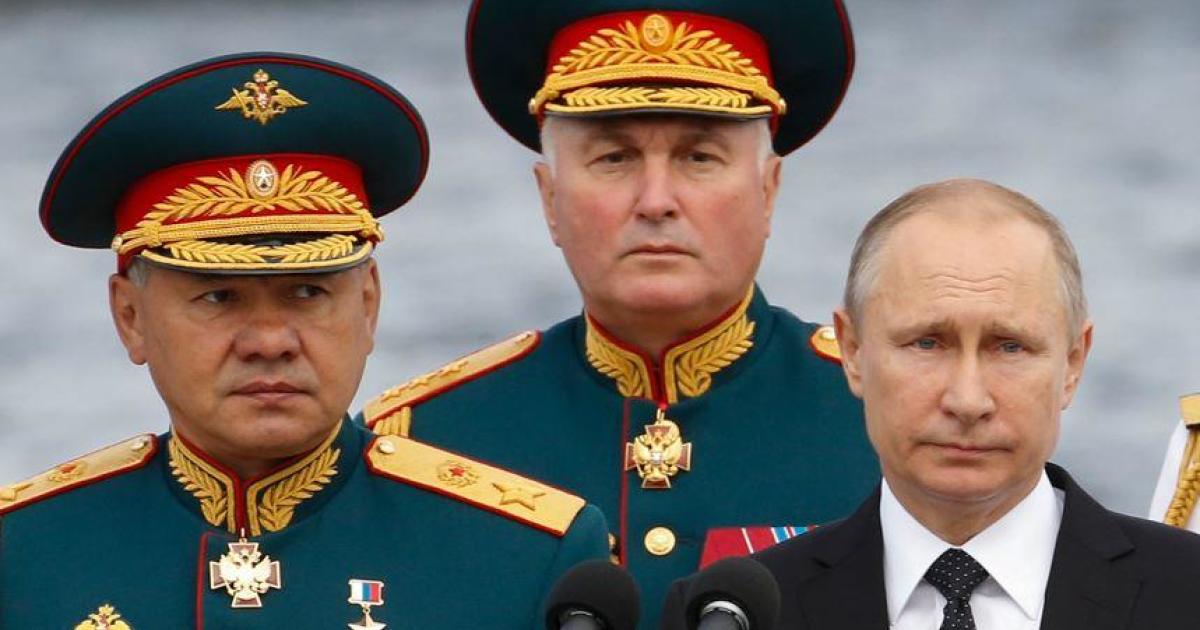 The robust basis of support within Russia’s political elite for President Vladimir Putin’s conflict in Ukraine is beginning to fracture. As Russia’s forces suffer setback after setback and a botched and highly unpopular military mobilization effort draws thousands of poorly trained men to the front lines, senior military and political figures have been searching for scapegoats, and the blame game is getting closer to Putin than ever before.

Social media channels frequented by pro-war Russian military correspondents have been rife with criticism of Moscow’s military policy and the way decisions are made and handled on the ground for weeks.

However, it hit a new level this week.

You must quit lying.”

General Andrey Kartapolov, who held a variety of key roles in Russia’s Defense Ministry before becoming a member of parliament and the leader of its defense committee a few years ago, has criticized the nation’s current military commanders for war losses.

Kartapolov, who formerly commanded the Western Military District, which is essential to the invasion of Ukraine, claimed this on a famous internet video show hosted by a top Kremlin propagandist.

“All border villages in the Belgorod region are practically destroyed,” bemoaned Kartapolov, referring to localities on the Ukrainian border caught in the crossfire as Russia utilizes the region as a staging ground for its attacks.

“Everyone, including governors and military correspondents, mentions this. However, reports from the Ministry of Defense remain unchanged “lawmaker stated. “The public is aware. Our people are not idiots; they recognize when they are not being told the truth, which can result in a loss of credibility.”

Blaming Russia’s top brass, notably Defense Minister Sergei Shoigu, who, at least in the past, was regarded a close friend and confidant of Putin, has become a central issue on Russian media and in public forums.

Direct criticism of Putin himself remains off-limits on Russia’s heavily monitored and tightly regulated channels, and pro-Kremlin voices have worked diligently to shield the tyrant from public displeasure. Infighting between several political clans appears to be destabilizing the hierarchical structure on which Putin has relied for more than two decades to maintain power and swiftly crush any hint of dissent.

Russian troops were expelled from the Ukrainian city of Lyman a week ago. The retaking of the railway hub in the Donetsk region deprived Russia of a vital logistics base and provided a passage for Ukrainian forces to strike the Russian-occupied Luhansk province. Shortly after Lyman fell to Ukrainian forces, Ramzan Kadyrov, the powerful leader of the Russian region of Chechnya, launched a sneering attack on the Russian military’s General Staff, which leads the military campaign, and on Alexander Lapin, whom Kadyrov claimed was in charge of that sector of the front line.

“The shame is not that Lapin is devoid of talent,” Kadyrov stated on his Telegram blog. It is that he is guarded from above by the General Staff’s leadership.

“If it were up to me, I would demote him to private, strip him of his decorations, and send him with a rifle to the front lines to cleanse his humiliation in blood,” Kadyrov said.

Kirill Stremousov, the proxy leader created by Russia in the largely occupied Ukrainian district of Kherson, went even farther, expressing rare and severe criticism of Defense Minister Shoigu for Moscow’s recent military setbacks, which included those in Kherson.

Stremousov stated in a four-minute video released on his Telegram channel on Thursday, “Many believe that the Defense Minister, who let things to reach this point, should just shoot himself like a [genuine] officer.”

Russia’s failed military mobilization effort, in which the blind, the elderly, and others incapable of fighting were among those summoned to fight, has also been a major source of popular criticism.

Thousands of Russians escape the country following Putin’s 07:00 directive to mobilize the troops.

Tens of thousands of people, predominantly young men, have fled the nation to escape being deployed to fight in Ukraine, and hundreds have been jailed at anti-mobilization demonstrations throughout the country. Those who have reported for duty have encountered shortages of protective equipment, food, and clothes, among other necessities.

“I am surprised as to how a current Ministry of Defense training facility can be in such a situation. A destroyed canteen, broken and rusty bathrooms, a lack of beds, and those that do exist are broken,” Governor of the Kursk region, which borders Ukraine, Roman Starovoit, said Wednesday after touring military training facilities there, describing some as “awful.”

Bloomberg has reported, citing sources, that the unexpected surge in public recognition of the Russian military’s shortcomings in Ukraine is the consequence of a Kremlin command. The research indicates that the Kremlin instructed some trustworthy state media outlets to begin addressing the shortcomings out of concern that an overly upbeat message on Russian airwaves would fuel public suspicions about its reliability.

Putin is also rumored to have met with pro-war military correspondents and bloggers who have spent months on the ground and provided more accurate battlefield updates. Reportedly, some of these journalists questioned if the Russian president relied entirely on the optimistic public briefings provided by his Ministry of Defense.

Tatiana Stanovaya, a political analyst and nonresident scholar at the Carnegie Endowment, stated in a recent report, “The notion that Russia will definitely succeed has begun to be eclipsed by uncertainty regarding the price Russia is willing to pay to subdue Ukraine.” “Matters have proceeded to the point where they may have to choose between multiple losing situations. This makes Putin significantly more vulnerable, as he and the elites may settle on alternative possibilities.”