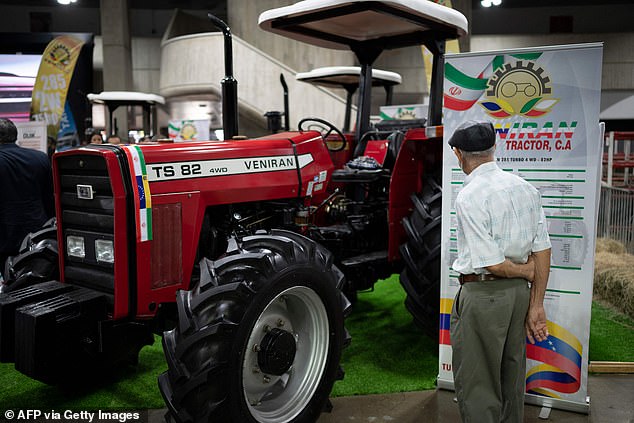 On his 70th birthday, Vladimir Putin received a unique gift from the president of Belarus: a coupon for a tractor.

While ex-Soviet officials gathered in St. Petersburg’s Konstantin Palace from the Tsarist period, President Alexander Lukashenko gave the Russian president a gift card for the tractor.

In recognition of Belarus’s tractor industry, which has been the nation’s pride since the Soviet era, Lukashenko gave the vehicle coupon.

According to Lukashenko, the dictatorial ruler of the former Soviet country for over three decades, he has a replica of the tractor he gave Putin in his yard.

According to Lukashenko’s staff, the Russian president’s reaction to the gift was unclear.

In his broadcast comments at the beginning of the meeting, Putin made no mention of the present.

Gurbanguly Berdymukhamedov, the dictatorial leader of Turkmenistan, sent Putin a dog for his birthday in 2017. The Russian president received the Central Asian shepherd dog as a 65th birthday present.

The Russian leaders discussed the necessity to speak about measures of resolving disputes between former Soviet states at the summit of ex-Soviet leaders.

He also discussed the need of information sharing between nations in the battle against crime, illicit narcotics, and terrorism.

The leaders of the informal confederation of former Soviet states known as the Commonwealth of Independent States will meet once again the following week in Astana, Kazakhstan.

»Putin’s 70th birthday gift from Lukashenko is a tractor coupon«