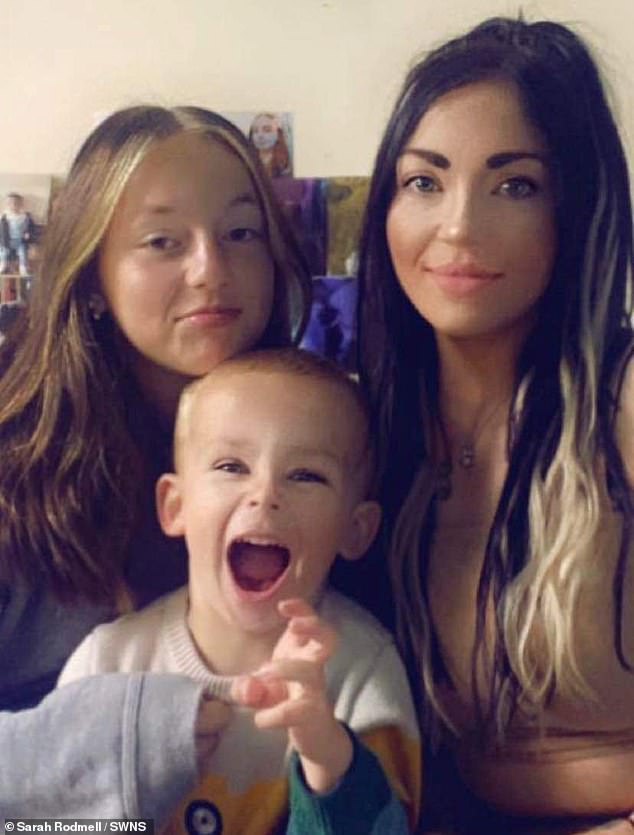 A horrified mother was rendered speechless after discovering a “hand-sized” tarantula scampering across her front garden.

Sarah Rodmell, age 30, spotted the enormous spider after being notified by contractors who discovered the eight-legged insect while renovating her Stapleford, Nottinghamshire, home.

Despite being terrified of spiders, the mother of two pushed the monster, which is now considered to be an aggressive South African type, prompting it to relocate.

She then courageously placed the tarantula in a box, relocated it to the kitchen, and contacted reptile professionals to remove it.

Ms. Rodmell, who works in a school, stated, “At 9 a.m., the roofers were working on the structure and had left some of their materials in the front yard.”

“They observed this item on the front curled.” When they realized it was a tarantula, they all took precautionary measures.

It came to its feet and began wriggling after I gave it a gentle prod. We obtained a box and inserted it into it. Seeing it chilling in a box in my kitchen was a little weird.

Every time I entered the kitchen, I exclaimed, “Oh my God, I have a tarantula in my home!”

It was eventually proven to be an Orange Baboon tarantula, which is native to Angola and other regions of Africa and has an incredibly terrible bite.

Kacie, the 13-year-old daughter of Ms. Rodmell, identified the creepy-crawly based on the peculiar markings on its back.

Rudi, her three-year-old son, decided to name the enormous spider Dobby and begged his mother to keep it.

Ms. Rodmell continued, “I’m frightened of spiders, but working in a nursing home where they brought in snakes and a tarantula helped me overcome my phobia.” However, you won’t find me around other spiders.

This individual contacted me after I posted it on Facebook; he had lost an Orange Baboon tarantula while moving some time ago.

He formerly resided on the same block as me, but relocated in July. It has survived to the present. Since he was unable to locate it, it must have escaped.’

The Orange Baboon Tarantula can reach a maximum length of six inches and is mostly found in Angola, central, eastern, and western Africa.

It is notoriously aggressive and its bite is extremely painful, so specialists suggest avoiding contact with them.