Skip to content
Go Home «» News «» World News «» Trump’s January 6 deposition will not be a “circus,” according to Liz Cheney 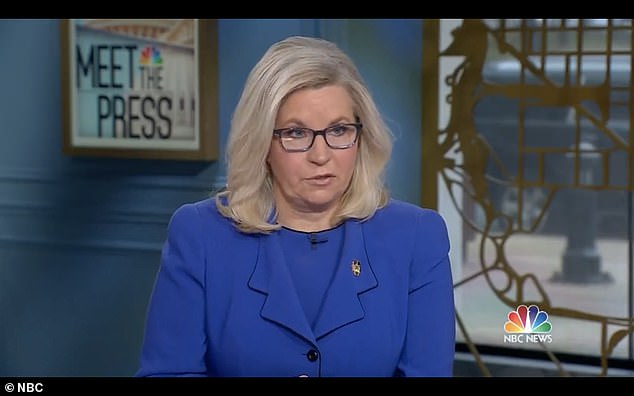 Rep. Liz Cheney, who is leaving office this week, warned on Sunday not to allow Donald Trump to make his scheduled deposition before a committee on January 6 into a “circus” and strongly indicated they will not allow him to speak on live television.

The committee, which she assists in leading as vice chair, formally subpoenaed the former president on Friday with a 10-page letter outlining their “overwhelming evidence” that he “personally planned and oversaw a multi-part plot to overturn the 2020 presidential election.”

Trump must appear before the committee on November 14 at 10:00 a.m.

Sunday on Meet The Press on NBC News, Cheney said that Trump may have committed “many criminal charges” that the panel is currently examining.

Cheney stated, “We anticipate that the former president will recognize his legal responsibilities and comply with the subpoena.”

We stipulated in the subpoena that he must notify us in advance if he wants to plead the Fifth Amendment.

Earlier this year, Trump reportedly invoked his Fifth Amendment protection against self-incrimination over 400 times during a deposition for an unrelated investigation into his business operations conducted by New York State Attorney General Letitia James.

Unlike previous court rulings, however, Trump is apparently likely not to delay the appointment before investigators on January 6.

WATCH: The Jan. 6 committee will not allow fmr. President Trump to turn his testimony into a “circus,” says @RepLizCheney (R-Wyo.)

“This isn’t going to be his first debate against Joe Biden … and the food fight that that became. This is a far too serious set of issues.” pic.twitter.com/3bUyUFVf9m

According to the New York Times, he is instead telling aides he will testify if it is broadcast live on television, like the eight hearings the committee had during the summer.

Chuck Todd addressed the question to Cheney, “Is the committee receptive to his rumored offer, or at least behind-the-scenes offer, to appear on live television?”

Therefore, the committee takes this situation quite seriously. And we will proceed with the questioning of the former president under oath,’ said the conservative.

She noted that Trump’s meeting might last “many days.”

And it will be carried out with the rigor, discipline, and seriousness it merits. Cheney stated, “We will not permit…he will not make this into a circus.”

This won’t be his first debate with Joe Biden, with all the theatrics and food fight that included. This bundle of problems is far too severe.

And we’ve made it crystal clear what his responsibilities are. And we are proceeding accordingly.’

However, when pressed to explain on what she feels the Justice Department may charge Trump with, Cheney declined.

“Look, I believe there are numerous criminal violations. She stated, “I do not wish to appear before the committee, but this is something we are examining.”

In addition to Trump’s testimony, the committee is requesting important records and communications between November 3, 2020 and the day of the attack on the Capitol.

The letter from the committee says that Trump used the encrypted communications software Signal to discuss fundraising strategies based on his election fraud accusations and contesting vote counts in crucial states.

Trump must turn over all pertinent documents by November 4.

In her own Sunday news interview, House Speaker Nancy Pelosi ridiculed Trump over his impending impeachment.

»Trump’s January 6 deposition will not be a “circus,” according to Liz Cheney«