Skip to content
Go Home «» News «» Breaking News «» A family of five visiting Disney World on a surprise trip said they were “locked in the hotel room all day” after their truck, car seat, iPads, and Apple watches were taken 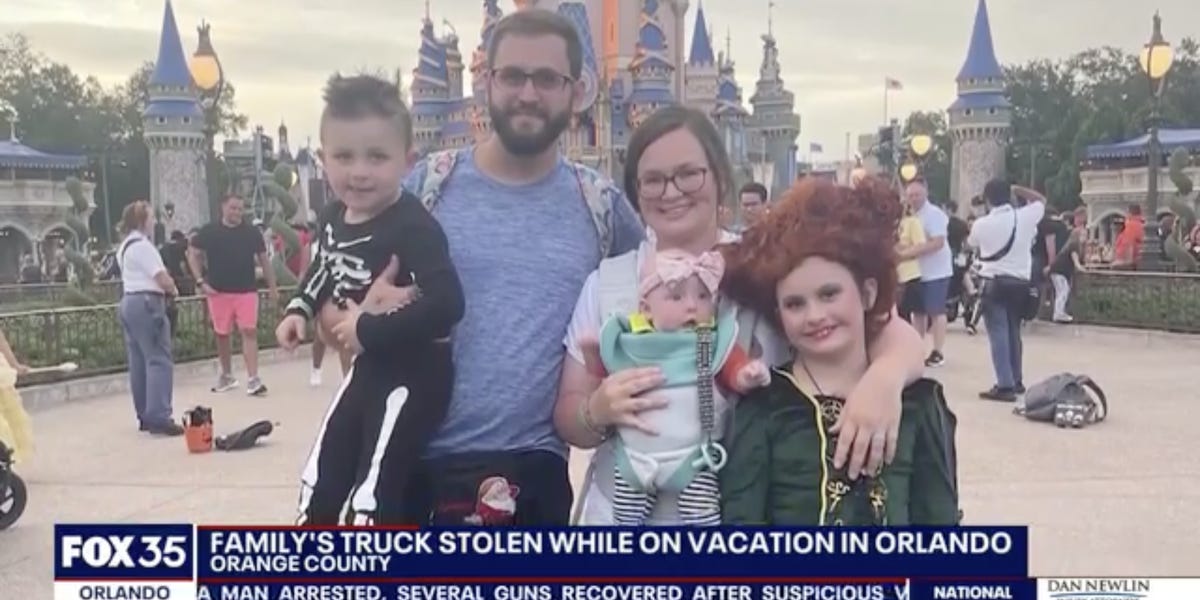 On Monday, a family of five was stranded in their hotel after their truck was taken along with their electronics and other possessions during a trip to Disney World.

“The next morning when we awoke to leave for Disney, the vehicle was gone,” Cassidy McClendon told the Florida TV station WOFL. “Consequently, we did nothing. The entire day was spent in the hotel room. The children were distressed.”

Ryan and Cassidy told WOFL that they wanted to surprise their three children by taking them to Disney World in Orlando, Florida for a few days. When the couple discovered that their white Ford F-250 was taken from the Comfort Suites parking lot, their vacation turned sour.

Cassidy McClendon posted on Facebook that the vehicle also contained stolen iPads, Apple Watches, an iPhone, car seats for the couple’s children, and a toolkit. The hotel’s surveillance cameras saw the vehicle departing the parking lot at approximately 1:51 a.m. on October 17.

McClendon stated in the post, “Unfortunately, there is not much the police can do, although it has been reported stolen.”

McClendon disclosed to WOFL that she filed a police report, and the Orlando Police Department is searching for the stolen truck and other items. McClendon stated that the iPads and Apple Watches that were in the truck had been disconnected.

McClendon told the broadcaster, “Many individuals on Facebook, where I posted the post, have said the same thing has occurred to them.”

She stated that the theft of their family truck and other possessions ruined what would have been an otherwise enjoyable family vacation.

McClendon told the station, “We’ve been trying to send the kids to Disney every year, so this was obviously a blow.”

»A family of five visiting Disney World on a surprise trip said they were “locked in the hotel room all day” after their truck, car seat, iPads, and Apple watches were taken«