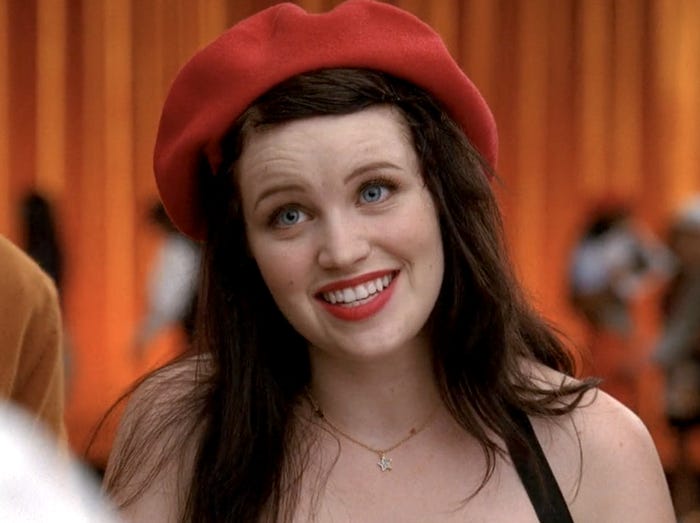 Whether the showrunners intended it to be or not, according to “The Glee Project” runner-up Lindsay Pearce, the environment on the show was one of “abuse.”

Pearce said that she was represented as a “monster” on “The Glee Project” — in part because viewers didn’t get to see the complete picture — in an interview with Insider ahead of the 10-year anniversary of the series’ conclusion.

Pearce, who was 19 at the time, said that producers removed sequences that would have “humanised” her in order to make her the “Rachel Berry” of the season.

One instance occurred during the “Vulnerability” week of the competition show, when contestants had to share a dark experience or an insecurity that could be reduced to a word or phrase for a music video.

Pearce recalled saying, “Going through that made me feel like I wasn’t a person — like I was just a body and a nice face. To deal with those emotions, I had to put on a front.” when talking about her sexual assault.

Pearce was seen in the video with a banner that stated “fake.”

She claimed that the account of her attack was altered. In the final cut, she was heard expressing that she felt “false” and like “a trophy” since people “can’t look beyond my physical attributes.”

She told Insider, “That was gut-wrenching, because I wouldn’t have shared my story if I known how it would be edited.

Robert Ulrich, the “Glee Project” mentor, called Pearce after the programme aired to apologise and claim he “did not know that was going to happen,” according to Pearce.

Later on in “Pairability” week, Pearce claimed that music video director Erik White had instructed her to kiss fellow contestant Cameron Mitchell, even though Mitchell hadn’t given his permission. The final cut did not include this exchange with White.

Partly because of this incident, Mitchell left his job two weeks later, and Pearce faced a lot of backlash.

She said, “I’ve never felt so disliked in my life. “For a 20-year-old to be called a sexual assailant, a sexual predator, or an abuser simply because of the music video kiss is not easy.”

Pearce said that the increase in animosity also caused her to doubt her value.

She recalled asking herself, “Am I the monster?,” according to Insider. “Everything a young kid is already susceptible or nervous about was simply twisted, exaggerated, and exploited.”

Since “The Glee Project” debuted in 2011, Pearce claimed that she hasn’t watched any episodes.

The episodes, according to Pearce, are “painful to see,” and she added that she usually only talks about “The Glee Project” in therapy or with other contestants.

We were asking one other, “Do you remember that crazy stuff we went through together? That’s so weird,” she recalled. “Unless you do it, no one can really grasp what it was like to accomplish it.”

She claimed that “you couldn’t pay me enough” to ever appear on a show like that again, despite winning a two-episode arc as Harmony on “Glee.” She continued by saying that despite her experiences, she has “genuine affection” for the rest of the “Glee Project” ensemble and doesn’t “harbour any anger.”

She remarked, “I don’t hold any one individual liable.” “I just feel grief, disappointment, and a small bit of betrayal; I don’t have hatred, animosity, or fury against one particular individual.