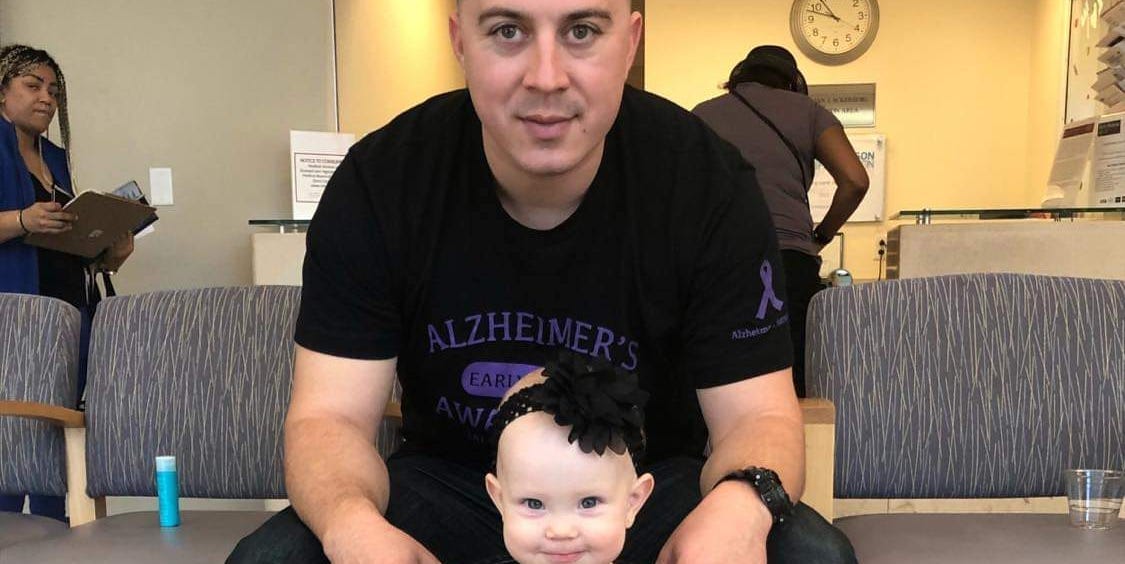 This essay is a recounting of a conversation with Andres Martin. This document has been altered for both length and clarity.

Even though I’m only 35 years old, I have early-onset Alzheimer’s as a father and husband. It casts a shadow over my life and my family, but I refuse to let it prevent me from living.

Alzheimer’s disease has inspired me to live more fully than ever before.

My father passed away in 2011 from a strange disease that had afflicted multiple generations of my family and is frequently misdiagnosed. He passed on a genetic mutation to me: I tested positive for the Jalisco mutation, which was initially identified in the Los Altos de Jalisco region of Mexico. The gene affects Hispanics with Jalisco-born ancestors, such as me. It causes early-onset Alzheimer’s, which is the start of Alzheimer’s symptoms before the age of 65.

Initially, I was concerned about everything I would miss.

When I received my DNA results for the first time in 2017, it took me some time to absorb. I pondered how my life will unfold in the future. My daughter was only one year old. Now, I was concerned that I would not be able to lead her down the aisle, teach her to drive, or witness her high school graduation. It would be impossible for me to age with my wife. I pondered what this would imply for her. She would be left alone to raise our daughter. I also pondered what her care for me as my health decreased would look like.

I ultimately had a choice. I’ve seen people who, when they learn of a terminal condition, kind of give up. Even if they appear to be alive, they have stopped living. The disease takes hold, and the shadow becomes all they know. I opted to live instead of die. I was not going to waste time feeling sorry for myself. I desired to seize the remainder of my life and live it to the utmost.

I enrolled in a clinical study.

Soon after my test results, I found that there were clinical trials to research early-onset Alzheimer’s. My difficulties began with not being adequately diagnosed, as I had presymptomatic conditions. Since I was 20, I had served in the Marine Corps for 10 years. I was promoted to captain at age 30, and I was able to resign on medical grounds to focus on my health.

Now I may enroll in clinical trials and attend all necessary appointments. My new objective was crystal clear: to heal and enjoy every moment.

I enrolled in a research on genetically inherited Alzheimer’s at the Washington University School of Medicine in St. Louis in that same year. If not in my lifetime, then at least for my daughter, who has a 50% chance of inheriting the disease, I am optimistic that my clinical trials will help doctors better understand and treat the disease.

Time is the only thing we cannot purchase in life. There is never enough of it, and the clock is literally ticking for me.

So I disregard the clock. I’ve started traveling, skiing, and hiking. I never delay anything and always prioritize family time. If life throws you a shade, turn around and look for the sun. Alzheimer’s isn’t a burden; it’s been a blessing. It has refocused my expectations and priorities. I now view each day as a fresh chance.

»I’m 35 with early-onset Alzheimer’s. I entered a clinical trial for my daughter’s generation«