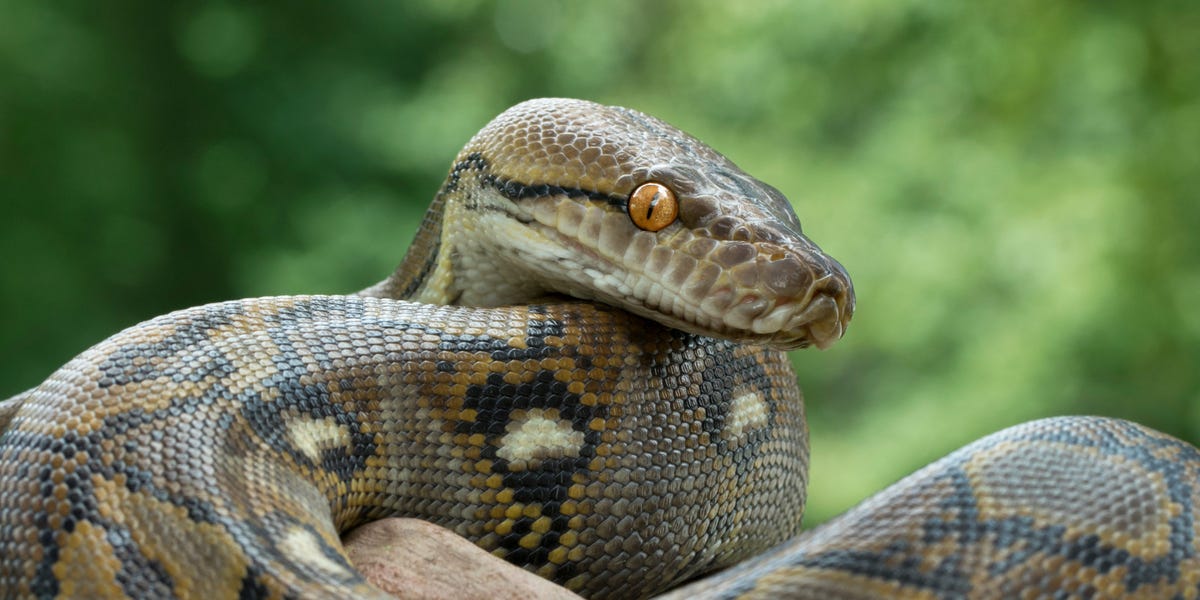 Authorities in Indonesia were searching for a missing 54-year-old woman at her place of employment when they discovered a 22-foot-long python with an unusually bloated appearance.

They killed and dissected the snake, and discovered the woman’s intact body within its stomach.

Sunday morning, Jahrah reported for work at a rubber plantation in Jambi, which is located on the island of Sumatra. She was reported missing that evening after failing to return home, according to local media reports and the BBC.

After discovering some of her clothing and work gear, her husband organized a search party. The following day, the snake with the bloated body was discovered.

“The victim was discovered in the snake’s stomach,” local police head AKP S Harefa told local media, adding that the snake was approximately 7 meters (22 feet) long. After cutting into its abdomen, Harefa told CNN Indonesia they were able to determine it was the missing woman.

According to The Washington Post, local police stated, “The victim’s body was not decomposed when we discovered her inside the snake, indicating that she had been recently ingested.”

There are some stories of pythons consuming humans, however this is extremely uncommon. In 2017, surveillance footage showed a missing man in Indonesia who was subsequently discovered inside a 23-foot-long python. The following year, another Indonesian woman was killed by a python while monitoring her harvest.

The peculiar architecture of pythons allows their jaws to stretch sufficiently to engulf items much larger than the circumference of their bodies. As a result, pythons often consume their food in its entirety.

“As they are constrictors, they wrap their bodies around you. They will embrace you with death. You inhale and your body shrinks, it tightens its hold, and you are unable to exhale “Director of the Indonesia Herpetofauna Foundation Nathan Rusli told The Post. “The upper and lower jaws of a snake are joined by ligaments and are highly flexible. They may consume prey greater than their head size.”

Rusli also speculated that the snake involved in the most recent event was a reticulated python, which can grow to over 20 feet in length.