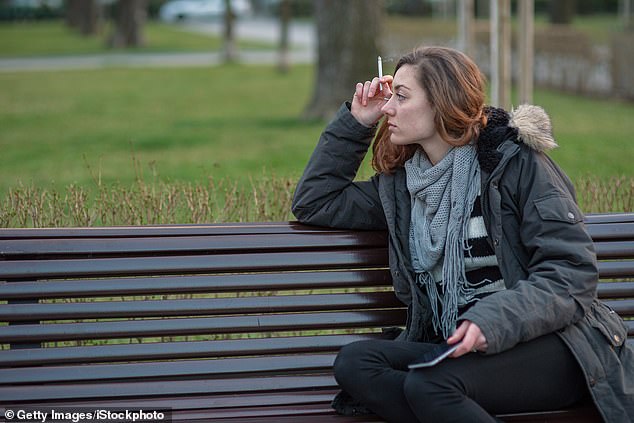 The majority of Americans—50%—say that escalating inflation and high living expenses are harming their health, and millions are turning to alcohol, junk food, and smoking more as they become more concerned about their winter energy expenditures.

Consumer insights company Toluna conducted a study that indicated that 50% of those asked felt that the cost-of-living problem was negatively affecting their health. According to the consumer price index, inflation is now running around 8%.

Inflation, crime, and immigration are top-of-mind issues for Americans ahead of the November 8 midterm elections, which will determine whether Republicans or Democrats control Congress, according to a study of 1,000 individuals.

According to a forecast released by Bloomberg this week, the US economy will definitely enter a recession over the next 12 months. Prior to this, analysts had only predicted a 60% chance of a recession.

According to Matt Booth, a researcher on the poll, “as we go farther into the cost of living problem, the effect of it is beginning to manifest.”

Everything from how we plan our food shopping to how much we cut down on in order to save money is being impacted, even our personal health.

According to a survey, over three-quarters of Americans indicated they were concerned about the growing costs of gas and electricity since customers would be facing sharp price hikes for fuels like heating oil and propane in the next colder months.

The oil crisis and the growing cost of living, according to almost two thirds of those polled, are having an impact on their spending intentions.

Many respondents (37%) and (23%) indicated they would order takeout less often and purchase less expensive goods (21 percent).

According to a US Energy Information Administration (EIA) prediction issued last month, the cost of heating a house using oil would increase by 27% to $2,354 this winter, and users of propane and natural gas will also be affected.

After supplies fell to a third of their typical levels, heating oil providers in the Northeast and New England started to limit the fuel.

There are growing worries that, especially in New England, supply shortages and skyrocketing costs may leave households without heat this winter.

According to the Conference Board, a business research organization, US consumer confidence declined last month as inflation worries increased after having subsided slightly in previous months.

The board’s gauge of consumer confidence decreased from 107.8 in September to 102.5 in October. The two months before had seen consumers’ confidence increase as growing gas prices gradually abated although other expenditures remained high.

Inflation is an issue throughout the country, but some regions are experiencing it more intensely than others, according to a poll released this month. Residents of Phoenix, Arizona, are said to be the most affected by price increases.

According to a research by personal finance website WalletHub, the wide metropolitan area—which also includes Mesa and Scottsdale—feels the effects of increasing costs more keenly than any other place in the US.

Phoenix, one of the fastest-growing regions in the nation, has greater rates of inflation as a result of inadequate supplies of food, petrol, and housing. Additionally, a labor shortage exacerbates the issue by driving up salaries.

The top five cities, as measured by the federal government’s Consumer Price Index, where costs of rent, food, petrol, and other things have increased over average, are Atlanta, Miami, Tampa, and Baltimore (CPI).