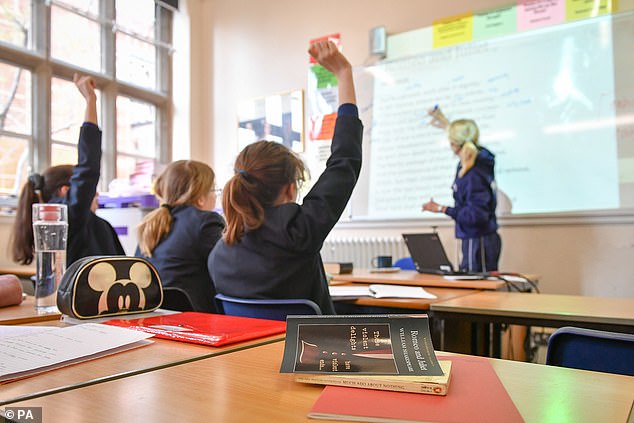 A court attempt to reverse the firing of a Christian primary school teacher who was disciplined for failing to use a child’s chosen pronouns was unsuccessful. The instructor faces a lifelong ban from the classroom.

The application “failed to take into account the private life of Child X,” who is “young and fragile,” according to Judge Honorable Mrs. Justice Farbey.

By overturning the restriction, the teacher, who will only be referred to as Hannah to safeguard the child’s identity, hoped to change the course of legal history.

Hannah said when the judge rejected her application: “Injustice has not been done against me, but against all the kids in our schools.”

How else am I supposed to bring out the risk of the damaging trans affirming policies in our schools?

The authorities’ job is to keep people safe. When they are not required to defend their damaging behavior, how can we hold them accountable?

This isn’t the end of my case, I promise.

The crucial problems in this case, according to Andrea Williams, chief executive of the Christian Legal Centre, “if ever there were a question of public law significance.”

They speak to the core of how we care for gender-confused primary school students in our public schools.

“This is not the end of the case. Compassion and care are the driving forces behind our client’s actions, and they will continue for whatever long it takes to ensure that kids are kept safe in schools.

We are dismayed by this choice, but we’re determined to keep advocating for children’s welfare.

Hannah said that the “transgender embracing policies” implemented by her previous company “may hurt children.”

Hannah was informed that the student wanted to be called by a boy’s name and that the youngster at the center of the argument identified as transgender.

Hannah, a resident of the East Midlands, objected, claiming that doing so “went against her Christian values.”

She added, “I could not knowingly take part in injuring a kid based on scientific data, my Christian convictions, and the heartbreaking experiences of detransitioners.”

“I am doing this because I care so much about children,” I said. This isn’t about me showing I’m correct; rather, it’s about the safety of a little kid who is quite upset.

Hannah said that she missed the students in her lesson and that she was not given the chance to talk with them before being asked to leave.

She said that instead, she was led around the school’s grounds and that she “now fears losing the job [she] loves.”

I think we were constructed in a terrifying and lovely way. Instead of setting them on a course for irreparable harm, we should be pointing out how beautiful their bodies are, she added.

Hannah argued that the school’s “transgender accepting” policies may hurt kids, which led to her first suspension and then dismissal on the grounds of severe misconduct.

She argued that uncritically promoting the idea that Kid X was “in the wrong body” may be harmful to the child.

Hannah’s attorney, Mr. O’Dair, informed the court that his client had properly brought up student safety issues as a matter of teacher accountability.

Safeguarding is the duty of every member of the staff, and we are aware that the claimant in this instance raised the issue with the school.

According to my arguments, the most important thing to note in this situation is that when the claimant voiced her concerns, the recipients were confronted with a body of medical evidence that was clearly credible and showed that the majority of pre-pubescent children recovered their equilibrium through the process of puberty.

“We suggest that the local government should have been conducting inquiries to secure the child’s safety given medical evidence and what was known about Child X,” they said.

The teaching staff at the school was reportedly compelled to attend a seminar where they were given materials that were “just an affirmation of transition,” according to testimony given in court.