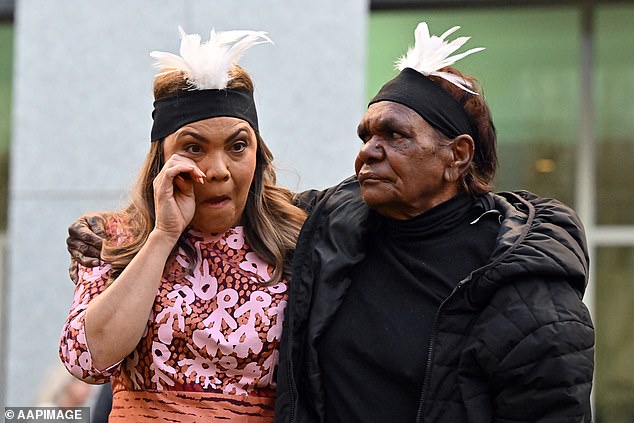 A respected Aboriginal elder from a problematic rural outback village launched an astonishing attack against Senator Jacinta Price after she condemned violence in remote indigenous communities.

Tess Napaljarri Ross, the grandmother of Senator Price, was reportedly assaulted by another woman in the Northern Territory hamlet of Yuendumu.

She tweeted a graphic photo of her severely injured grandmother and asked with Australians to stop turning a blind eye. She claimed that the respect generally accorded to indigenous elders in the community had been disregarded.

The conservative legislator also criticized the’self-appointed’ elders of Yuendumu who had earlier demanded that all firearms be removed from the community.

Senator Price asserted that they did not call for a halt to attacks against indigenous locals, adding that “community-led violence is tolerated and often even encouraged.”

Earlier this year, he spearheaded calls for the abolition of armed police in indigenous communities following the 2019 acquittal of NT police officer Zachary Rolfe for the death of Aboriginal teenager Kumanjayi Walker in Yuendumu.

Mr. Hargraves unleashed a harsh assault against Senator Price, accusing her of ‘throwing him under the bus’ to gain power and advising her to ‘look in the mirror’ before making such assertions.

‘I am a cultural person. I manage all cultural matters inside the community. When there is a cultural event or a funeral, I attend to it,’ he added.

I devote my entire day, every day, to free community service. This is my cultural obligation. This is all I can say about you, Jacinta.

“How can you confuse topics, insinuating that my desire for an end to police-involved fatalities implies that I am indifferent to other community challenges?

“How dare you suggest that I am not doing everything possible for my community! Who do you work for and what are your passions are the questions I have for you. Not Yapa lawa.

Working with these conservatives will only lead you in the wrong direction. The past demonstrates that they have never cared about us and never will.

As one of the few indigenous Australians in the Australian parliament, Senator Price has garnered both criticism and support. In some circles, she has been considered as a potential future prime minister.

She refuses to endorse Indigenous Voice and criticizes the majority of mainstream reconciliation efforts. Indigenous leaders are angered by her emphasis on ‘black-on-black’ violence and sexual assault rather than claims of racism within the police force and fatalities in jail.

Mr. Hargraves concluded his scathing attack by accusing Senator Price of forsaking her community in pursuit of power in Canberra.

“Take a good look in the mirror, who are you really?” Continuing,

This is entirely about you and your power, not us. Don’t dare throw me under the bus for your own purposes.

“You have no right to assume anything about me.” Show courtesy.

Senator Price launched an impassioned plea to Australians living in capital cities a week ago to avoid turning a blind eye to violence as she posted a distressing image of her grandmother’s bleeding and bruised body after she was allegedly attacked.

Senator Price urged Australians living in “leafy green suburbs” to pay attention to violence in remote communities, urging the nation to speak up for victims who are “out of sight, out of mind.”

In her first speech to the Senate, the senator from the Country Liberal Party highlighted the issue of violence in Aboriginal communities and routinely publishes footage of occurrences to raise awareness.

However, her cries for action took a personal turn when her grandma in Yuendumu was allegedly attacked by another lady.

‘This is what life looks like in a place like Yuendumu,’ she wrote beside a photo of her grandmother’s bloody neck and clothing.

She was viciously assaulted by a lady younger than her at Yuendumu, where she is neither regarded nor accepted as an elder. Her skull was shattered.

Ms. Ross was brought to the hospital immediately following the taking of the photo.

In her lengthy Facebook post, Senator Price also alleged that the four-year-old boy of her cousin had been frequently threatened with violence by older children in the same neighbourhood.

She stated, “They’ve threatened to stab him numerous times.”

She then criticized the media for ‘ignorantly’ disregarding indigenous atrocities.

Imagine a granny being brutally assaulted in front of you in Mosman, Surry Hills, Brunswick, Northcote, West End, or any other lovely suburb. She wrote, “Imagine this was your grandmother or your four-year-old son.”

“The brutality must cease, and all Australians must demand better for grandmothers like mine who are invisible and forgotten.”

It is unacceptable that the suffering of vulnerable Australian women, children, and men offends a small number of people when it is brought to their notice.

She said that grandstanding over damaged sentiments ensures the continuation of violence.

I demand that the violence STOP! I want to see safer communities! Everyone is responsible for this!

“If you want TRUTH-TELLING, begin telling the TRUTH!”

Last week, a senator’s spokeswoman informed the Daily Mail Australia that the senator’s family was dealing with the problem and was unable to say further.

Ms. Ross traveled to Canberra to perform the Mala Jukurrpa ceremony for Senator Price, before watching with pride as her granddaughter was sworn into the Senate and gave her first speech.

Senator Price wrote, “This is my grandmother, my elder who attended my inauguration into the 47th parliament of Australia, my grandmother who performed the Mala Jukurrpa rite to transfer her power to speak in parliament to me, my grandfather’s sister, and one of the last of her generation.”