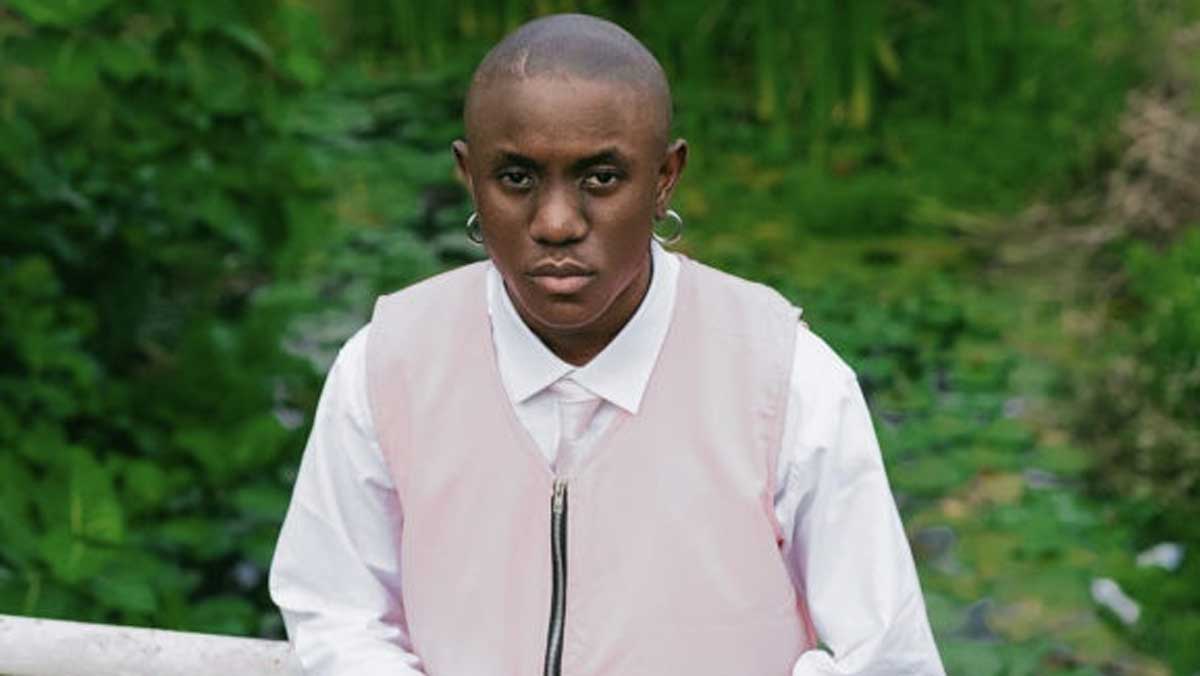 When you hear the word ‘Outlaw’, it literally translates to someone who is a fugitive of the law. However, for Victor Anthony, professionally known as Victony, this rather outdated word represents something deeper.

For the young maverick, it represents an audacious outlook on life itself; an endless mission of sacrificing societal standards on the altar of self-expression. And within two years, this 20-year-old maestro has become one of the most vibrant voices in his generation, using his chart-topping discography to preach the gospel of self-confidence.

For someone with a very brave mien, Victony has equally seen a lot of frightening days. Around late April last year, Victony, who is also presently a final-year Petroleum Engineering student at the Imo State University, survived an auto crash that claimed the life of his friend Doyin, and left him confined to a wheelchair for several months.

The tortuous period became an inward pilgrim for him, becoming one of his most salient reflection points. And the result of that deep introspection is an even more confident and resilient young man; rather than stay frustrated on a wheelchair, Victony chaperoned some of the greatest hits that rocked the country, from Mayorkun’s Holy Father, to his own string of solos.

Now, with his just-released sophomore EP, aptly dubbed Outlaw, the ambitious musician tests the waters for the next phase of his career. In Outlaw, he provides an intimate glimpse into his musical radicalism, which is a fine blend of his love for women, as well as his sombre reflections on life itself.

The EP flourishes with high replay value, as well as mesmerising melodies that somehow successfully outshine every other aspect of the record. In all, it is a defining soundpiece that sets him apart as a bold and captivating voice.

Catching up with Guardian Music, just shortly before his first campus music tour in Nigeria, the young musician talks about his new record, giving backstories into how he journeyed from being an underdog to becoming one of the most sought-after artistes in his generation, and so much more.

Congratulations on your new EP, how do you feel about it?
I am excited. I am just eager to see the response and know how well my fans out there have accepted the work. The backend numbers are really healthy; there is no really favourite song.

Obviously, there are fan favourites, but the numbers show that the songs are closely competing, looking at how the streams closely follow each other. Fans are really loving it; it is looking good so far. I just want to experience that physically and see for myself.

What inspired the Outlaw theme?
I started my Outlaw gospel in 2016; that was when I dropped my first EP, The Outlaw King. I am just basically saying that we should not be scared to be who we are or allow our ideas to come to life, just because we are worried about what society thinks. If being original is a crime, then we are Outlaws.

That is what I have been trying to do as an artiste, looking at how I just went from rapping to singing. I am just being me, basically. As long as I have a voice, I can do whatever I want with it.

When exactly did you begin music?
I started professionally in 2016, with Outlaw King. I started doing freestyles on my Instagram page, while I was on campus. In 2020, I dropped a song called Sing My Song, and that got the attention of a whole new community and it kind of expanded my borders. That was about the same time that I met my manager. After that, we dropped my first EP, Saturn, in late 2020. Ever since then, we have been putting out more music that will get me out there.

As a 20-years-old Petroleum Engineering student, what’s your family saying about your music journey?
Initially, it was not easy to convince them, especially when I had to go for gigs or do certain stuff that warranted me to leave home. It was a battle actually; I had to fight. But recently, we have been able to align. I mean they just decided to let me do what I wanted as long as I stayed in school. And I kept to my own part of the bargain.

Why do you even bother with music at all?
I think it is just my genuine love for music; it is just something that I always wanted to do. I am just aspiring to reach heights that people I idolised did; the likes of P-Square, Wizkid and Drake. I wanted to be like them and just attain the same heights they attained and touch the heights they touched. I had always had the dream all along.

How was it like juggling your course of study with the music?
It was not an easy one; Petroleum Engineering is quite a tasking course. Combining both was not easy; I was just lucky enough to have time. When I was not doing too much in school, I had time to go to Lagos to face the music. When I had nothing too much to do with the music then, I stayed in school, faced the tests and all. I have just been doing the essentials in school – trying not to miss tests and all.

Are you going to finish?
Yes, I am in my final year; I have to finish my degree.

Why is your music so focused on women?
What drives my message when I am making songs are the beats. When I hear the beat, it literally just commands me on what to do with it. You could do a lot with Afrobeats. I have songs like Kolomental and Pray, which are of a different vibe, but most times when you just hear the beat, that is what I want to sing, just vibing.

With the Outlaw EP, I just happened to select them like that; I had recorded those songs at different times. I just selected them, because they really represented me struggling in the Afrobeats scene and they show well I have really improved in my craft.

Which song was the most memorable to create?
It is hard to pick one. I felt something special when I made all the songs on the EP. The song Outlaw was not easy to make; it is the song with the most depth on the EP. We did the production in one day and had to finish it on another day. That whole process of writing and all was memorable to me; it took more intentionality and consciousness to come up with the song.

So, some people might criticise the way you were singing about women. Does that bother you?
No… that is why I am an Outlaw. I just put out music that I feel my fans will enjoy. If what I am putting out is a problem, then you can crucify me. But I enjoy it. A certain number of people enjoy it. You can always skip it, if you don’t.

Burna Boy was meant to be on your EP. What happened that the song couldn’t make the final cut?
Burna is currently on the rollout for his own album; putting him on was going to cause some sort of clash. So, he requested that it come out much later as a remix. He loves the record as well; I had to honour his request.

Apparently, it was too late to correct the tracklisting we sent to the Digital Streaming Providers. People were never even meant to know he was on the song. But then, it was late. We could only prevent the song from coming out.

How did you both link up in the first place?
It was at BNXN’s show last year. He saw me and told me that we needed to make some songs. I went over to his place in January, and we just made songs.

Some of your other duets such as Holy Father with Mayorkun actually helped to boost your spotlight. How did that record come about?
Mayorkun wanted something different for his last album. He reached out to my team and just let me tap into my space and do my thing.

Your collaboration with Rexxie helped to define your sound, was that intentional?
Big shoutout to Rexxie; he is an amazing producer. We linked up last year; I was on a wheelchair and I wanted to see people dance. Rexxie is really known for making people move their bodies. So, we made four songs and picked the best two.

However, before that collaboration, after that my first EP, I went ghost for a whil; I had put out a few records. My first EP was my introduction to the singing thing, and I hadn’t really figured out the direction I wanted to head with my sound and the writing. So, it took me constantly recording music to help me to bring my own sound to life and put everything in proper shape. Even before the Rexxie EP, I had hacked my own sound, but those songs were not out yet.

When you had that accident, how were you able to psyche yourself back into making music?
I mean, it happened. I am grateful that I didn’t die. If I died, life would have moved on. I didn’t really have to psyche myself that much. I just really loved music. I wasn’t doing anything at that moment; I just had to go to the studio. I just needed to stress my family and friends and teammates around me. I just really love music and I want everyone to be in a better place. I felt seeing me make music would make my fans happy and not worry about me; I was just grateful for life as well.

Are you planning on dropping any album soon?
The purpose of this project is to make the album digestible when it drops. The album would have different sounds. So, I am trying to drop the EPs as sound packs to tease the different sounds that will be on the album.

I would probably have Outlaw EP 2 or 3; I would mesh all that I am capable of into the album. There is really a lot I have been working on, but I have to put it out in phases. So, that is the reason behind the EPs so far.

Any phobias?
I don’t think I have any.

In any relationship?
No, I am not in any.

You sing about women a lot, any specific interests in them?
I like slim-thick women.

Your favourite aspect of being Nigerian?
What I love most about being Nigerian is the fact that just by looking at where we are from and with everyone around us, we are able to thrive and make something of ourselves. That spirit of keep going, I feel like I have it too.

Tell us one thing people don’t really know about you.
I still don’t know how to ride a bicycle.

Finally, what’s the vision for Victony?
I just want to make it to the worldwide scene. When you mention artistes in the world, it should not be weird to mention my name among foreign legends like Kanye West or Drake. So, at the end of the day, that is the dream.