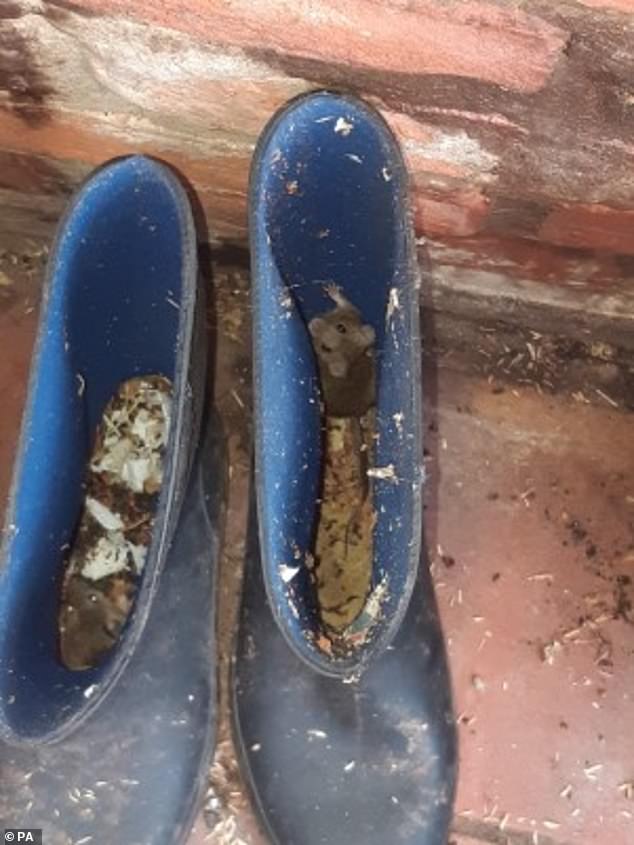 A vegan woman was given a £1,500 fine by a court for ignoring a mouse infestation in her mid-terrace house because the mice were “her pets.”

Margaret Manzoni, 73, of St. Osyth, Essex, believed the mice ‘would not travel to her neighbors since she cared after them,’ according to the local council.

However, neighbors reported to the authorities that mice were also infiltrating and destroying stuff in their houses.

Despite being urged to contact pest control, Manzoni reportedly continued to provide the mice “food and shelter,” and the filth and “overpowering stench” allegedly became so severe that some neighbors were forced to move out.

Tendring District Council decided to sue her as a result of her continuing reluctance to address the problem.

Manzoni guilty to counts of defying orders issued under the Environmental Protection Act and the Prevention of Damage by Pests Act on Thursday at Colchester Magistrates’ Court.

The court “recognized her ideas as an ethical vegan, but others perceived mice as vermin,” the court told her, adding that “inaction was not suitable” owing to the “effect of the infestation on neighbors.”

The judges made it clear that the expense of the cleaning work would also need to be paid when assessing the penalties and took Manzoni’s personal circumstances into account.

The retiree was facing a second prosecution for defying a prior injunction that had been issued in April.

The authority said that council officials had made repeated visits and offered help prior to issuing letters “telling Manzoni to cease feeding birds, to remove the overgrown garden, and bring in pest control.”

“While some construction work was done by the council, Manzoni continued to supply food and housing for the mice, resulting in an unpleasant odour and compelling neighbors to move away,” a representative for Tendring District Council said.

Manzoni was given an alternate housing option by the Tendring District Council, but she declined it because it went against her “ethical values” and she said the mice were her pets and wouldn’t travel to her neighbors since she took care of them.

Manzoni admitted guilt to charges of disobeying warnings given under the Environmental Protection Act and the Prevention of Damage by Pests Act during the hearing on October 6. Above: A dead mouse is lying on the floor of the home.

This led to the first prosecution, but after further inspections by the environmental health team and prosecution, nothing has changed, leaving the council with no choice but to bring a second case.

According to Michael Talbot, cabinet member for environment at Tendring District Council, prosecution was “truly a last resort,” but “the property owner has done nothing despite several visits, offers of help, legal notices, and the earlier court action,” he added.

He said that although we respect each individual’s right to their own opinions and the way they choose to live in their homes, when these choices have a detrimental impact on others, we must intervene to protect everyone’s quality of life.

»Vegan is fined £1,500 for ignoring mice in Essex property«