Skip to content
Home » News » Breaking News » UN Third Committee: UK Statement on on the Rights of the Child 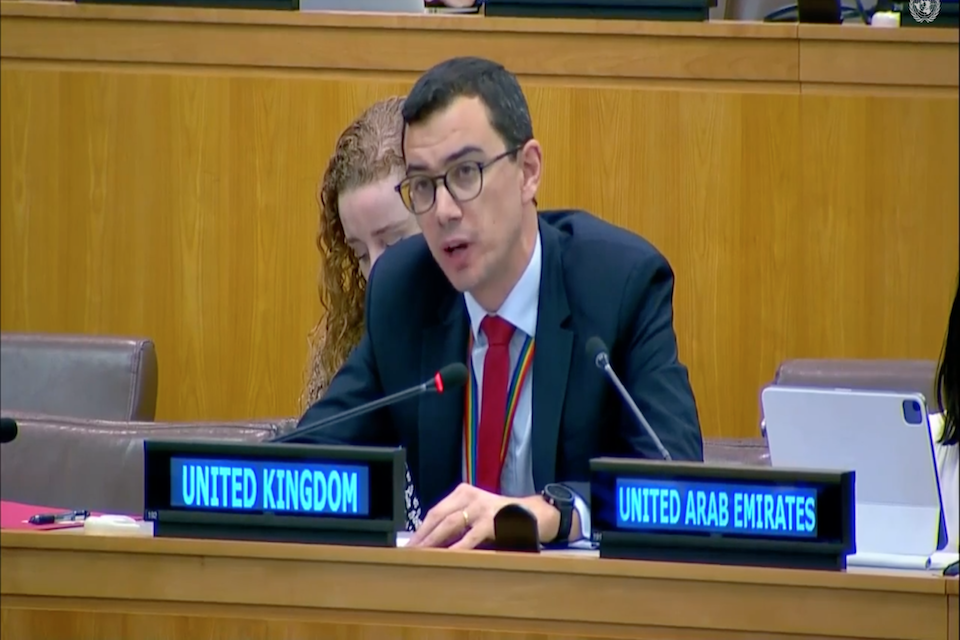 UK Ambassador to the General Assembly, Richard Croker, made a statement at the Third Committee meeting on the Rights of the Child.

The UK is committed to the promotion, protection and realisation of the rights of all children. Disparities between children continue to grow, and we must ensure that our efforts to promote and protect the rights of children leave no child behind.

Following the COVID pandemic, this work is now more urgent than ever. As the Special Representative for the Secretary-General on Violence against Children noted in her annual report, violence against children increased during the pandemic while also becoming less visible. We also know that normal prevention and response mechanisms were disrupted – leaving many children without vital support networks. These challenges illustrate the critical importance of strong, pre-existing child-sensitive and gender-sensitive systems as a basis for effective responses.

In the recent Secretary General’s report on the issue of Child, Early and Forced Marriage highlights how COVID is likely to lead to an additional 10 million child brides ahead of 2030, particularly those from poor households and rural areas. To help protect our collective hard-won gains, the UK pledged £18 million of funding to accelerate efforts through the UN Global Programme to End Child Marriage, last year.

But it is not just the impacts of COVID. We are also deeply concerned by the impact of conflict and humanitarian crisis on children’s rights, safety and wellbeing. According to the Secretary General’s Annual Report on Children and Armed Conflict, cases of sexual violence and abduction have increased significantly, by over 20%. The abduction of girls has also increased by 41%. We recognise that protecting children from the effects of armed conflict is a moral, legal and strategic imperative and an essential element to break the cycle of violence.

As I’ve said in other sessions, tackling sexual violence in conflict remains a top priority for the UK. We will host an international Preventing Sexual Violence in Conflict Initiative Conference next month. And in November last year, the UK launched the Call to Action to Ensure the Rights and Wellbeing of Children Born of Sexual Violence in Conflict. This call was a first step in galvanising international action to support tens of thousands of children who are marginalised and stigmatised by families and communities. Since then, we have also been collaborating with experts and children born of conflict-related sexual violence to develop a detailed framework, called the Platform for Action. We are calling upon Governments to formally endorse the Call to Action and develop their own concrete commitments under the platform to support this vulnerable group.

Finally, threats to children online continue to grow and evolve at a horrifying rate. At any given moment 750,000 people are looking to connect online with children across the globe for sexual purposes. The UK is proud to have recently been identified as a global leader in tackling all forms of child sexual exploitation and abuse and to have led a UN resolution recognising the role of the private sector and robust, coherent regulation in protecting children from sexual abuse online.

Mr. Chair, protecting the rights of children is a central part of the UK’s work at home and overseas. We remain steadfast in our commitment to protecting children everywhere, hearing their voices, and ensuring that no child is left behind. Thank you.

»UN Third Committee: UK Statement on on the Rights of the Child«