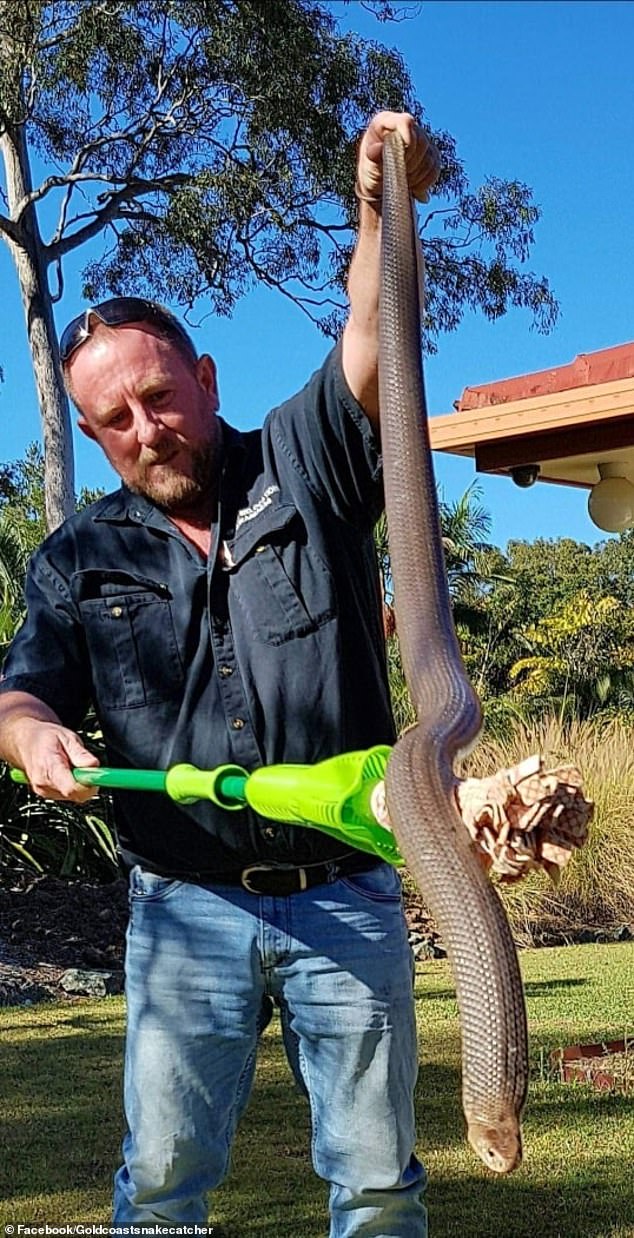 Following their mating season, a snake catcher predicts a sharp rise in snake sightings around Australia this summer.

On Queensland’s Gold Coast, Tony Harrison, 55, has been catching snakes for over 30 years.

He has issued a warning to people of south-east Queensland, informing them to be on the lookout for more snake sightings until the end of November as male reptiles search for a mate during mating season.

According to Mr. Harrison, “we typically see more than 250 snakes around September and into October each year… we are now seeing approximately 10 a day.”

According to him, this is the season when Eastern Brown, Redbellied Black, and Green Tree snakes are most prevalent.

Long grass, which offers protection for snakes and their young during the prolonged periods of rain the Australian east coast has gotten over the previous three years, has contributed to the population growth.

Mr. Harrison said that habitat deterioration may be a factor in the increase in sightings.

In response to the surge of people relocating to the Gold Coast, he said, “the concentration of snakes is now going inside residences.”

“Those suburban areas with substantial retaining walls will be quite attractive to snakes seeking shelter.”

Mr. Harrison advised keeping your yard neat as the greatest defense against a snake infestation.

Residents are advised to routinely inspect their homes, yards, and vehicles for snakes in all possible hiding places.

Snakes like hiding in cracks they come across, including those in air conditioning systems, toilets, bathroom drains, closets, and drawers.

People need to keep in mind that leaving doors open for an extended amount of time gives snakes the ideal chance to get inside.

If you come across a snake, the knowledgeable reptile handler said, snap a picture and email it to a snake catcher rather than attempting to trap it yourself.

Many locals believe they know what kind of snake they are dealing with, although their descriptions and classifications are often wrong.

Many individuals believe that snakes want to harm humans. It’s not true that way.

He said that people from Sydney or Melbourne who relocate to the Gold Coast often have a shock when it comes to snakes.

There are only around five distinct varieties of snakes in Sydney and Melbourne, but there are 21 different species on the Gold Coast.

Mr. Harrison was unable to avoid mentioning the event from 25 years ago when he discovered an Eastern Small-Eyed snake inside a baby’s cradle when questioned about the weirdest locations he has discovered snakes.

“A lady contacted me and claimed there was a black snake inside her baby’s crib and that her kid was still in there because she was afraid of snakes,” the woman stated.

He said that a snake being reported inside a daycare center was another strange occurrence.

The children had colored in an Eastern Brown snake with texta when it was passing them in one of the rooms.

As a consequence of several snake bites over the years, Mr. Harrison is now required to carry an EpiPen with him whenever he is on the job.