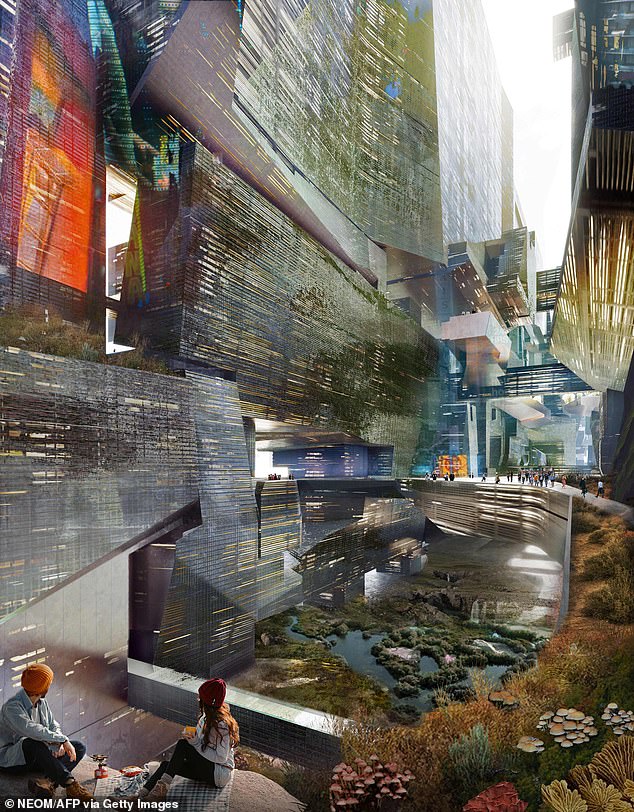 To create room for the future £450 billion mega-city Neom, three Howeitat tribal men were “sentenced to death for refusing to leave their homes.”

A tribe that was forcefully evacuated to create room for the project included Shadli, Atallah, and Ibrahim al-Howeiti.

According to the UK-based rights organization Alqst, the three men were detained in 2020 for resisting the eviction, and on October 2, Saudi Arabia’s Specialized Criminal Court sentenced them to death.

The rights organization said in a tweet that the family members were held in 2020 because they opposed being evicted to make room for Neom.

We demand their release and denounce the penalties.

According to Middle East Eye, Shadli’s brother Abdul Rahim, 43, was shot dead by Saudi police in April 2020 after he protested the eviction of people of the Tabuk area.Abdul often uploaded YouTube footage of his demonstrations.

The push to remove the Howeitat tribe from their land for the mega-city, which will host the 2029 Asian Winter Games, has allegedly intensified, according to tribal members.

Salma al-Shehab, a mother of two and a student at Leeds University, and Nourah bint Saeed al-Qahtani, a mother of five, both received lengthy jail sentences for their criticism of the Saudi Arabian government in tweets.

Osama Khaled, a writer, translator, and computer programmer, was given a 32-year jail term for “allegations connected to the right of free expression,” according to Alqst.

The projected industrial area, Oxagon, is described as “a holistic cognitive metropolis” that would employ AI and robotics and serve as a port center for Neom, the country’s newest territory in the northwest.

Neom is a projected city-state that would encompass 10,000 square miles of Saudi Arabia’s Tabuk region, close to its borders with Jordan and Egypt. It is Crown Prince Mohammed bin Salman’s signature project.

It’s a part of an ambitious strategy to wean Saudi Arabia off its reliance on oil and convert the nation into a digital hub akin to Silicon Valley, encompassing communities, research centers, education zones, and tourism destinations.

However, builders have not yet disclosed the project’s cost or the specifics of how Oxagon will float.

According to plans, Neom, also known as Neomith Jordan and Egypt, would be 33 times the size of New York Metropolis and feature a “smart” city in its center.

The Public Investment Fund, the nation’s sovereign wealth fund, whose head is the Crown Prince, is providing funding for the endeavor.

Neom, according to a press release dated January 2021, “is an accelerator of human growth and a vision of what a new future may look like.”

“It will be a destination and a home for individuals who dream big and want to be involved in developing a new paradigm for outstanding livability, starting successful enterprises, and redefining environmental protection,” the statement reads.

The region’s desolate terrain would be changed by robots that seed clouds, the biggest coral garden in the world, glow-in-the-dark sand, and a massive artificial moon that shines every night.

»Three tribesmen are executed for refusing to leave Saudi Neom«