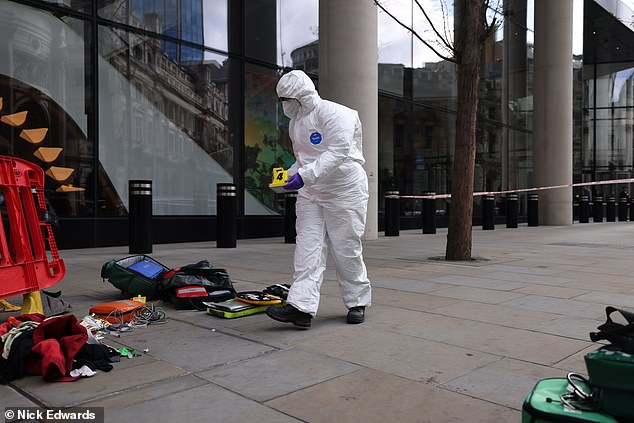 Three well-dressed “have-a-go-heroes” were stabbed in the City of London while attempting to stop a mugging gang riding electric bikes. A 25-year-old man has been detained in connection with the attack.

The guy was detained by City of London Police this morning on suspicion of conspiring to commit robbery, causing great bodily injury with intent, and having an offensive weapon.

On October 6, the horrific occurrence happened in front of the 22 Bishopsgate building.

As witnesses said they attempted to stop a theft, three individuals were stabbed and another was hurt after being “pushed to the floor” in a massacre on the streets of the city this morning.

According to reports from eyewitnesses, two electric bike thieves tried to grab a worker’s cell phone before heroic bystanders intervened to try to stop it.

»25-year-old man is apprehended in assault«