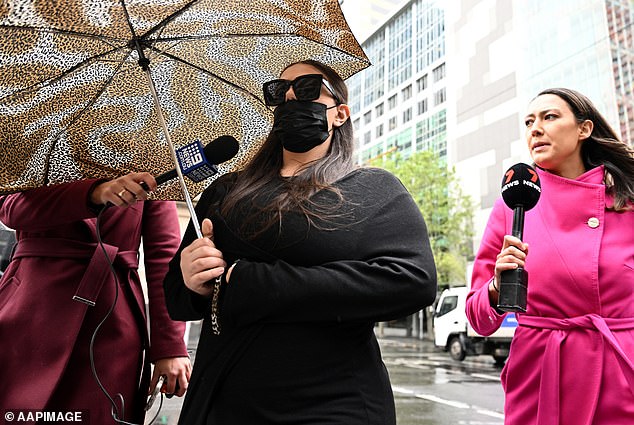 A Melbourne woman’s mother established a modest family business to secure the financial prospects of her children and grandkids when her father passed away tragically.

But when the firm was attacked by a global fraudster gang that had been stealing millions from Australian superannuation and share accounts, the daughter was compelled to battle to salvage the business.

She struggled to persuade businesses that she was the true stockholder, feeling like a fraud herself.

The single conspirator in connection with the scam, which saw the gang steal more than $3 million from superannuation accounts and $238,000 through share trading, is Jasmine Vella-Arpaci, 24.

Additionally, they sought to acquire $5.7 million in shares and $1.8 million from superfunds.

The subsequent money laundering operation included Hong Kong and had Vella-Arpaci obtaining a portion in bitcoin.

During a pre-sentence hearing for Vella-Arpaci on Wednesday, the person seeking to salvage her family business testified that learning that someone was trying to sell off all of the company’s shares gave her a nightmare of worry and sleepless nights.

She would always be appreciative to the sharebroker for verifying the validity of the deal.

The unnamed lady feels that her accountants helped her secure her identification papers. When she scheduled a meeting to alert them of a data breach, they charged her $750.

Every action I made seemed to result in additional punishment for me, but nothing seemed to slow down the vast highway the scammers were traveling down, the victim said.

In addition to admitting admission to conspiring to trade in proceeds of crime, Vella-Arpaci also admitted guilt to two counts of conspiracy to commit fraud involving separate superannuation and stock trading schemes.

She purchased others on the dark web after participating in a phishing attempt to get access to account login information. She specifically targeted companies where the admin, HR, or bookkeeper usernames may get her access to information on superannuation accounts and identity papers.

Accounts for those who have reached the eligible age were the “ultimate jackpot,” according to Vella-Arpaci.

She admits changing names or dates of birth on identity papers before adding a fake certification stamp.

These information were used to organize the sale of shares and to withdraw money from accounts, depositing the profits into newly created bank accounts.

People in Hong Kong transferred debit cards to fictitious addresses and used them to launder money.

Vella-Arpaci was detained in April of this year.

Judge Fiona Todd of the Victorian County Court was informed that she had a crucial part in the plot.

While visiting Turkey, Vella-Arpaci hired a replacement for herself and gave guidance on how to send papers safely.

A day in the post is not as severe as a life sentence, she said. “Always take your time to do it well.”

On November 30, the pre-sentence hearing is scheduled to resume. Vella-Arpaci has a bail bond.

»This is why Jasmine Vella-Arpaci became a fraudster«