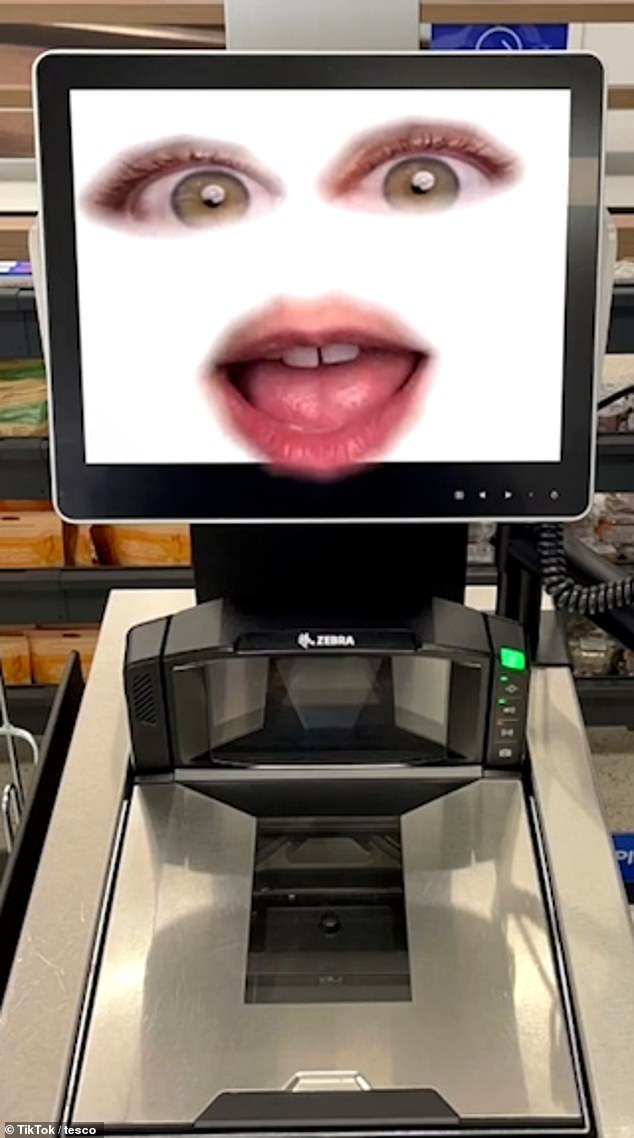 Tesco, a supermarket operator, has started a contest to select the next Tiktok voice for its self-service checkouts.

Tesco invited customers to “duette” with a self-service system and post a video of it online with the hashtag #TescoVoiceOfCheckout in order to “audition to become the new voice of Tesco checkouts.”

The user who enters the contest successfully might earn 10,000 Clubcard points and, for a little period of time, hear themselves urging others to scan their Clubcard when they purchase.

The publication signaled the retailer’s entry into the social media network, and it has since gained more than 94,000 followers.

The store Aldi issued a reaction to its 220,000 followers in which it ‘auditioned’ to be the voice of its competitor, a measure of how well-liked the video had become.

People who want to hear their own voices on the computers must respond to inquiries such, “Why do you believe you’ve got what it takes?” Likewise, how would you phrase “please check my bagging area”?

Even job candidates are required to mimic the sound an item makes when it is scanned at the self-service checkout.

For a certain time period, the winning submission will only be accepted at particular retailers.

The audition video departs from the existing voiceover’s fairly somber tone, and it will be assessed on its clarity, zeal, expressiveness, and enjoyment.

The contestant must be at least 18 years old, a UK resident, and a Clubcard holder in order for their entry to be considered a legitimate one.

A Tesco spokesperson expressed their excitement about their TikTok debut. We place a lot of importance on the fact that everything we do is both uniquely Tesco and uniquely TikTok.

Giving consumers the opportunity to speak for our checkouts in exchange for £100 in Clubcard points strikes the perfect blend of informative, rewarding, entertaining, and engaging content. We’re excited to see what our consumers come up with!

The idea that they could hear themselves in shops all throughout the UK intrigued a lot of individuals.

Many people proposed Tesco utilize regional accents throughout the nation, with Scouse and Yorkshire accents being the most often recommended.

One TikTok user asked a Scouser to reassure them that aid was on the way by saying, “Calm down, calm down.”

Several workers from the store joined in, joking that they would be unable to leave the job if their coworkers were forced to listen to them every shift.

Some people, though, weren’t as enthusiastic. One person said, “I’d prefer not have my voice every time I walk into Tesco.”

While this was going on, Tesco’s competitor supermarket Aldi tweeted a video of one of its employees ‘auditioning’ to be the new checkout voice.

The answer given by “Aldi” when asked how they would phrase “Please inspect my bagging area” was, “Tesco, we scarcely know each other!”

You don’t need a Clubcard when your prices are already cheap, the employee said as she sung the checkout ‘beep’ noise to the audience.

Later, Asda created their own version of the film utilizing Tesco’s and Aldi’s as inspiration for their own spin-off.

Why the competition winner wouldn’t get payment as an actor for their part in the shop checkout lines was a topic of discussion among certain social media users and members of the creative business.

MailOnline is aware that the winner will only be heard for a limited time uttering a few predetermined lines on checkouts.

As a result, they will get 10,000 Clubcard points and travel costs to a studio where the sentences will be recorded will be paid for.

These will be “Clubcard accepted” and “Don’t forget to scan or touch your Clubcard,” per the rules and regulations of the contest.