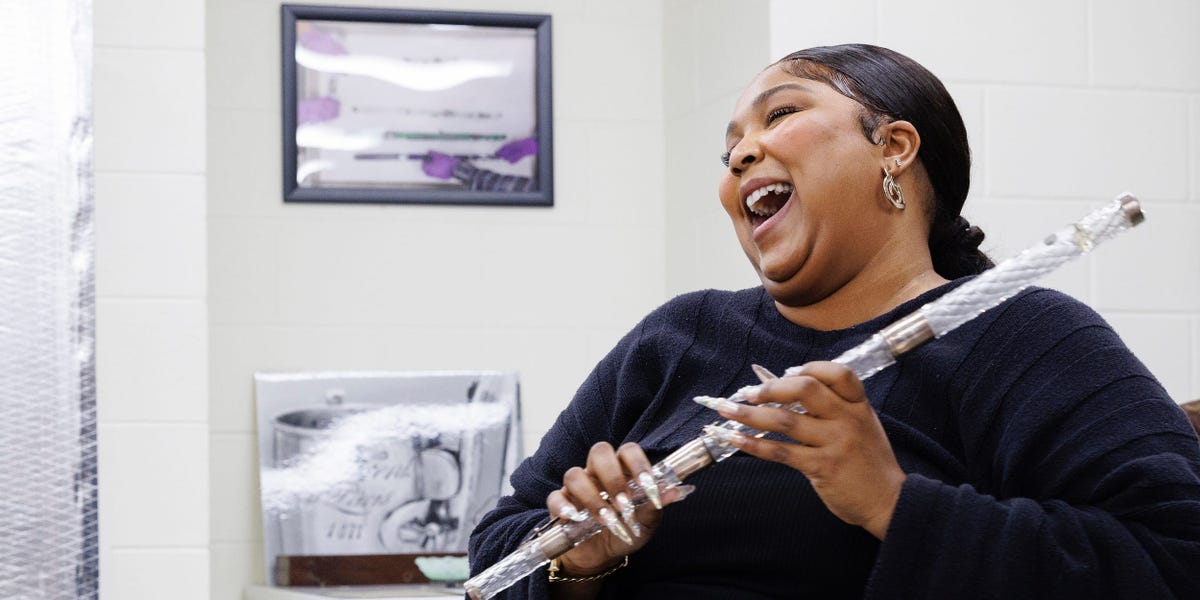 Tuesday’s “Special Tour” at the Library of Congress took on a whole new significance.

The 200-year-old crystal flute belonged to former President James Madison and was loaned to the “About Damn Time” singer by the Library of Congress for her performance in Washington, D.C. on Tuesday.

“Our DNA was recently tested. It turns out that the [crystal] flute played by @lizzo during her D.C. stop on the #SpecialTour tonight is 100% accurate “Late on Tuesday, the Library of Congress tweeted something with a picture of the flute.

It continued, “It’s safe & sound back at the Library now.”

The agency said, “With the U.S. Capitol Police, you never know what you’re going to witness!”

Lizzo uploaded a film from the performance in which she can be seen wearing a sparkly bodysuit and playing the crystal flute.

“Crystal is used. Be patient, it’s like playing out of a wine glass “Lizzo stated in front of the audience.

The singer’s jaw fell when she finished playing a few notes, and she hoisted the flute over her head.

As the first person to ever play the flute, Lizzo said in a subsequent post: “AS A FLUTE PLAYER THIS IS ICONIC AND I WILL NEVER BE OVER IT.”

We just achieved history tonight! Lizzo yelled at the crowd. “We are grateful to the Library of Congress for protecting our history and elevating history to a whole new level of awesome. History is so awesome, you guys!”

The flute was created in 1813 by Claude Laurent, a clock and flute maker, who chose glass over other materials like silver, copper-nickel, gold, or wood because, in his opinion, glass kept pitch and tone better through variations in temperature and humidity.

According to the Library of Congress, Madison received the crystal flute from Laurent to commemorate his second inauguration.

The Library of Congress said that its collection, preservation, and security staff were up to the task when Lizzo wanted to play the flute at her Tuesday show in front of thousands of admirers. A Library curator and a security guard are constantly on duty to watch over the object until it is secured once again. “At the Library, curators guarantee that the item may be transferred in a bespoke protective container.”