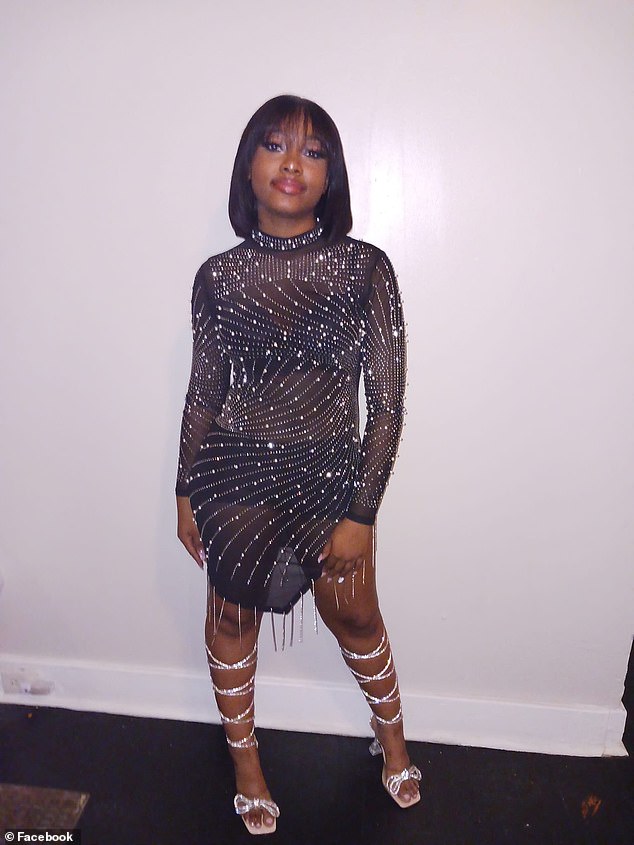 On Monday, a shooter entered a St. Louis high school through a closed door and killed a teacher and a student. A disturbing video depicts children fleeing from a classroom where the shooter entered the school.

The classroom-recorded video portrays the chaos produced by the shooter, while the daughter of the murdered teacher disclosed that her mother had expressed concerns about school safety.

During the incident, 19-year-old Orlando Harris utilized an AR-15-style weapon and brought over 600 rounds of ammunition to the school. Additionally, authorities discovered a notepad documenting his intent to carry out the massacre.

The Monday video shows children huddled in a classroom after the administrator used a code phrase over the loudspeaker to signal a shooter was on campus.

The instructor then yells, “Let’s go, people!” as the pupils dash to the exit while urging one another to “run!”

A newly released video from the shooting shows kids gathering in a classroom after the school principal announced over the loudspeaker that a shooter was inside the school.

The pupils waited until they were given permission to leave the classroom before rushing into the hallway, where they were directed to the exit while shouting to each other to “run.”

Jean Kuczka, 61, was a physical education teacher at the high school who voiced security concerns before to being shot and killed.

Alexandria Bell, 16, was killed and four other kids were injured in the shooting.

Jean Kuczka, 61, taught physical education at the high school; her daughter, Abigail, disclosed that her late mother was concerned about security when a student from another school brought a firearm into the building last semester.

Abigail stated, “She expressed it, but other than that, she didn’t have any other concerns.”

She continued, “I believe people believe it will never happen to them.” She adored her pupils. I am aware that her students regarded her as their mother.’

A video captured during the incident showed pupils sheltering in a classroom prior to being given permission to evacuate the building, and the moment they fled for their life.

Alexandria Bell, a 16-year-old girl, was also slain in the incident, along with four other classmates.

Alexandria’s family announced her passing on social media, hours after her mother wrote in a panic that she couldn’t locate her.

Police have not disclosed how Harris gained access to the premises despite the presence of seven security personnel, metal detectors, and locked doors.

He stated that Harris did not have a criminal record, and his reason for the shooting is unknown.

Michael Sack, the police chief, briefed media on Monday following the incident and stated that he would not reveal how Harris obtained access to the school.

One of the gunshot victims is observed being wheeled out of the school on the way to the hospital.

This was the scene Monday morning outside the Central Visual and Performing Arts High School in St. Louis when a gunman opened fire and killed two people.

After a shooting at Central Visual & Performing Arts High School, students gather in a parking lot nearby.

At 9 a.m., the principal of the school announced over the air a code phrase that indicates a gunman is inside the school.

At a press conference on Monday, St. Louis Police Chief Michael Sack stated, “As children fled the building, they spoke with some of the children who informed them that a shooter equipped with a long gun was present.”

He continued by saying that the officers then entered the school, located the shooter, and fatally shot the suspect.

‘There was a gunfight after the officers located the culprit,’ he reported.

Sack answered, “We will not discuss how the suspect obtained admission” in response to a reporter’s question regarding how the gunman gained entry.

16-year-old Taniya Gholston recounted being in the dance room when the assailant entered.

She stated that the only reason she survived was because his pistol jammed.

I was in the dancing area. I heard only two gunshots while attempting to flee, but I was unable to do so. And we, both…

She said, “I’m glad I escaped because his gun jammed.”

Messiah Miller, 16, a junior at Central Visual & Performing Arts High School in the Southwest Garden area, prays with his teacher Ray Parks, second from right, after a shooting at the school on Monday. Miller stated, “He stared at me and pointed the gun at me.”

On Monday, individuals embrace in the Schnucks Arsenal parking lot after a shooting at Central Visual Performing Arts High School in St. Louis.

I believe someone was shot. We observed blood on the ground.

A mother of a student at the school told DailyMail.com that her daughter performed with Harris in the school band.

“She stated that he was calm,” the mother stated. He used to sit alone in the corner. Very anti social.’

Cori Bush, a member of Congress, was also present at the press conference. The Democrat represents the district that contains St. Louis.

Rep. Bush stated, “Today is one of those days, those days that we pray never occur in this country.”

The congresswoman stated, “We want to thank again our first responders, but we also want to thank those teachers, school employees, and administrators that were in place, moving, and prepared.”

Those who were there to support the students previously and those who are there currently.

Bush stated that relatives and victims ‘who don’t know who to talk to’ should call her office for assistance, and that the phone lines will be accessible to anybody in need.

“Police are at Central Visual and Performing Arts this morning in response to reports of an active shooter, and both CVPA and Collegiate are on lockdown,” they announced on Monday.