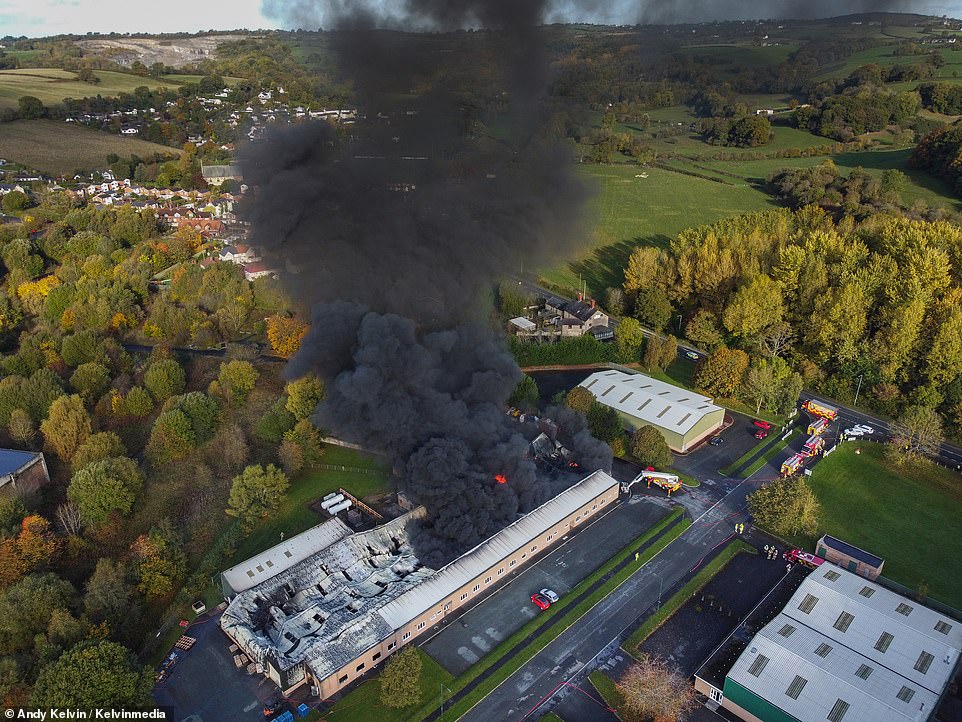 After a fire broke out in an industrial area of Wales, one person was sent to a hospital and residents were urged to keep their windows and doors shut.

At approximately 7:50 a.m., thick smoke was observed billowing from the location, prompting authorities to warn nearby neighbors to “shut windows and doors and avoid the area.”

The fire at the Antelope Industrial Park in Rhydymwyn is now under control, the North Wales Fire and Rescue Service stated in a statement on Tuesday.

A short time afterwards, an air ambulance crew landed and departed the area with one patient, who was transported to Wrexham Maelor Hospital for treatment.

This morning, at approximately 7:50 a.m., we were notified of a fire on the Antelope Industrial Estate in Mold, according to a spokeswoman.

We dispatched an emergency ambulance and received assistance from the Wales Air Ambulance and the Emergency Medical Retrieval and Transfer Service. One patient was transported by vehicle to the Wrexham Maelor Hospital for additional care.

While the fire has been contained, firefighters will remain on the scene.

A representative for the North Wales Fire and Rescue Service stated, “Six appliances, an aerial ladder platform, the incident command unit, and the environmental protection unit are at the scene working with partners from Natural Resources Wales and Welsh Water.”

A substantial smoke cloud can be visible from many miles away; we advise locals to maintain keeping their windows and doors shut and to avoid the area.