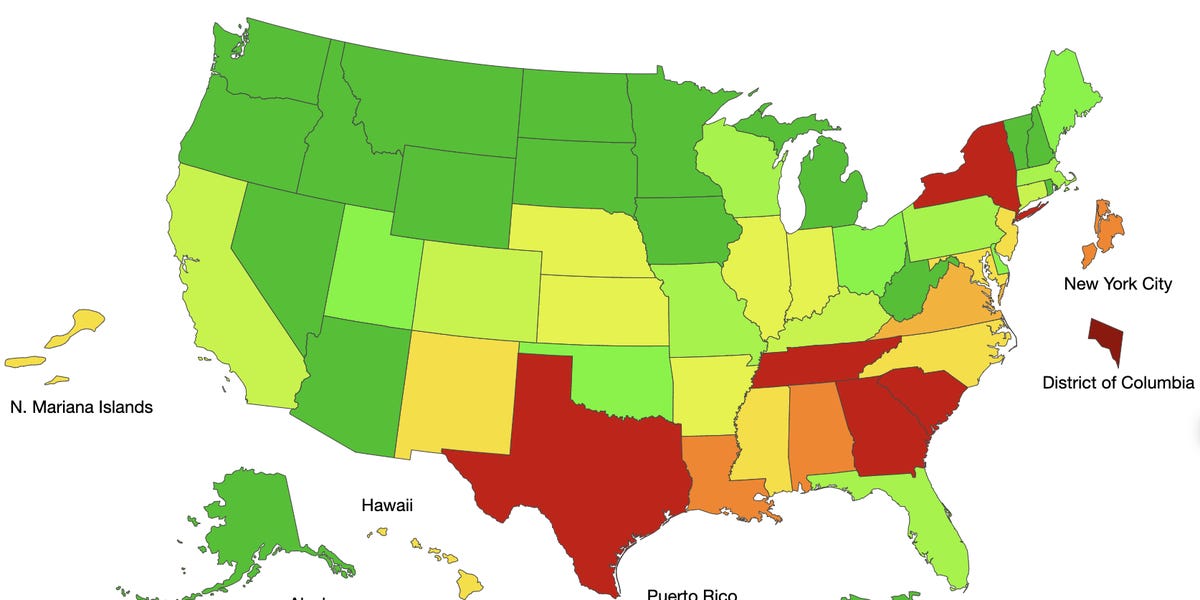 This year’s cold and flu season has already begun. Pediatric fevers have increased, which indicates that the flu, RSV, and other typical winter diseases are already spreading, according to doctors and parents throughout the US.

According to Dr. Melanie Kitagawa, who oversees the pediatric critical care unit at Texas Children’s Hospital, “respiratory viral diseases are what we’re seeing most.”

The increase is not limited to severe, hospitalized cases, however. The data is collected from 2.5 million smart thermometers that are installed in homes all around the nation by Kinsa. Right now, many children’s temperatures are rising, much in advance of the more traditional viral sickness surge that occurs in December and January.

Temperatures are exceeding 100 degrees on thermometers.

Around 1.5 million children between the ages of 0 and 12 utilize Kinsa in the US. Currently, 3% of them are registering “influenza-like diseases,” which are defined as a temperature above 100 degrees Fahrenheit along with a cough or sore throat in the youngster. This is a much greater proportion of illnesses than what Kinsa noted in 2021, 2020, or 2019 at this time of year:

The October virus is spreading at an even faster rate in southern places like Texas, where Kitagawa works. In 17 southern US states, including Delaware, DC, Florida, Georgia, Maryland, North Carolina, South Carolina, Virginia, West Virginia, Alabama, Kentucky, Mississippi, Tennessee, Arkansas, Louisiana, Oklahoma, and Texas, the percentage of ILIs (influenza-like illnesses) that Kinsa thermometers are recording is shown in the chart below.

As you may see, the pediatric slope is steeper than the US-wide graph.

Kinsa’s monitoring is consistent with federal flu surveillance programs conducted in hospitals and outpatient clinics around the nation. According to the most current statistics on influenza-like diseases in the US, Texas, Georgia, South Carolina, Tennessee, and New York all had “high” ILI fever rates.

Currently, ILI is also “extremely high” in Washington, DC. The Hill claimed that Stafford High School in adjacent Virginia canceled all extracurricular events over the past weekend after over half of the student body and faculty phoned in sick.

All of this information about fever, cough, and sore throats can’t really tell who has the flu, who has RSV, who may also have COVID-19, or who may have another viral infection that manifests similarly feverish symptoms. But the fact that all those infections are now moving swiftly from person to person is a positive sign.

Do the precautionary measures you can take, such as getting the flu shot, if you are not currently ill, said Kitagawa.

Tamiflu, water, and rest are beneficial.

If you or your kid is already ill, it’s important to relax and stay hydrated. Antibiotics cannot treat viral diseases like the flu, RSV, or COVID.

Instead, symptoms may be managed with over-the-counter medications, such as fever reducers like children’s acetaminophen or children’s ibuprofen, while the body battles the virus. A warm bath or moist towel applied to the forehead may also be soothing for fevers, and gargling with salt water can help with sore throats. Keeping your kid home from work or school can also help stop them from infecting others with the flu.

Last but not least, Tamiflu, an antiviral medication, aims to combat the flu virus and alleviate symptoms more quickly than your body would on its own. The medication has to be administered within 48 hours after the onset of symptoms and requires a prescription. Family members of sick patients may also take tamiflu as a prophylactic, which means it may aid in preventing them from becoming ill.

»South youngsters are already running 100-degree fevers, according to charts«