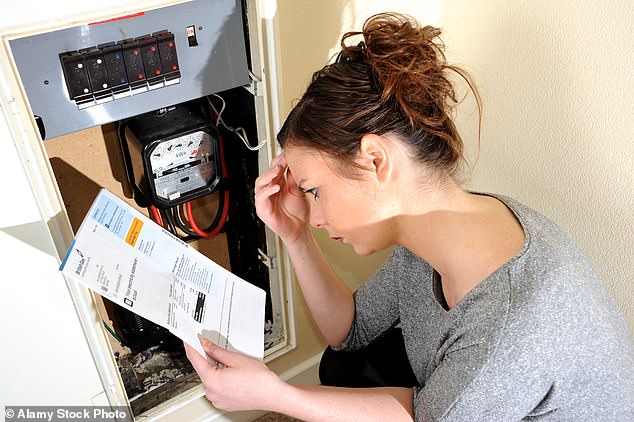 A typical UK household’s energy bill is expected to increase to £2,500 over the course of the next two years due to the new energy price guarantee, which went into effect yesterday. Previously, it had been £1,971.

Even while the growth is far lower than first anticipated, it is still twice as high as it was a year ago.

Depending on how much energy you consume, you will need to pay a certain amount. However, as winter approaches, millions more customers will have to decide whether to reduce their energy use or risk going into fuel poverty.

You can save energy, money on bills, and the environment by following our helpful advice and ideas.

1. Just a little bit of cooling

Your heating costs will drop if you lower your thermostat by only one degree, and you may not even notice the change. As of right now, this might save as much as £321 annually, according to energy provider Utilita.

The majority of families like a temperature setting between 18 and 21 degrees Celsius, although you could need it warmer for old or sensitive persons. The smart meter data tracking software Loop says that, under the new limit, simply keeping underfloor electric heating on for one additional hour a day would cost £567 annually.

2. TURN OUT THAT LIGHT

Encourage your family to switch off any lights you are not using or when you leave a room since lighting accounts for roughly 11% of the typical UK household’s power usage. The Energy Saving Trust estimates that you will save at least £25 a year as a result of your yearly energy costs. Use a sensor to regulate exterior lights so they only turn on when necessary.

As an alternative to flipping a switch, LED (light-emitting diode) technology is the most advantageous. LED bulbs are more affordable, last longer, and have the potential to save hundreds of pounds since they use up to 90% less energy than traditional halogen light bulbs.

They do cost more to purchase, but with continuous usage, they endure for 10 years. Prices are decreasing as well. They are even cheaper for names like Philips, at £20 for six.

The typical British household may save £18 to £22 per bulb by switching to energy-efficient LED lighting over the course of a year, depending on the current power pricing. According to Philips-owned Signify, which conducted the investigation, that would result in a £300 annual savings for the average household. Based on six hours of use, a single LED bulb currently costs less than 4p a day to operate, according to similar study by smart lighting experts 4lite.

Older light bulbs might cost up to 20p each day.

4. It’s time to use smarter controls.

By making greater use of the heating energy you pay for, smart heating controllers like Hive, Nest, and Honeywell may save your costs and increase your comfort.

A medium-sized family could save at least £100 annually and reduce its carbon emissions by 320 kg by utilizing smart controls, according to consumer organization Which? Savings will depend on how well your central heating operates and how you previously warmed your house.

According to the Energy Saving Trust, just turning off your equipment’ standby modes may help you save at least £65 annually.

Think about purchasing a standby saver or smart plug that enables you to switch off all of your appliances’ standby functions at once. In order for certain satellite and digital TV recorders to maintain track of any programs you wish to record, they may need to be kept plugged in.

Through a confusing web of chargers, many customers are unintentionally overcharging their cell phones and other devices.

Instead, make it a practice of disconnecting your gadget as soon as it has finished charging. Battery life will be extended and energy will be saved.

6. Use wit with your everyday cup of coffee

According to the Energy Saving Trust, using less water in the kettle will result in annual savings of at least £13.

This is based on the assumption that the typical home boils their kettle 24 times per week, or three times the amount needed for a cup of tea or coffee. According to their analysis, merely using as much water as you need to fill the kettle could avoid two million tons of carbon dioxide from being emitted into the sky and save UK families £1.1 billion.

According to consumer advocacy organization Which?, the average yearly cost of operating a washing machine would rise from little over £63 to more than £117 under the new energy price ceiling.

By avoiding using the machine for light and tiny loads, you may decrease this. Waiting until you can fill the machine at least 80% of the way is more effective.

Avoid using the dryer. To save even more money, dry your clothing outdoors or on racks.