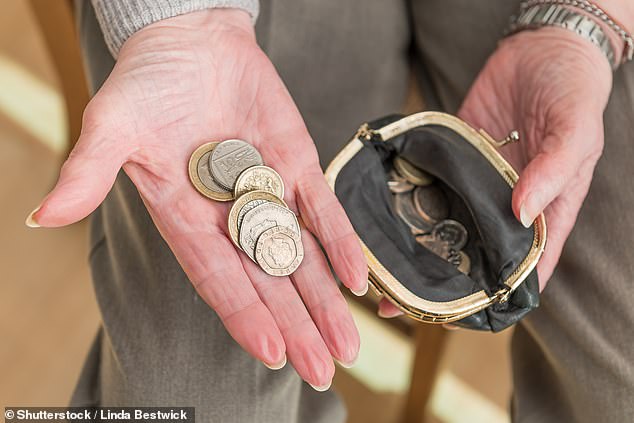 Despite the fact that it may not be money laundering in the traditional, unethical sense, recent research suggests that Britons may be losing an incredible £800 million annually in their washing machines and tumble dryers.

According to its findings, 36 million individuals removed wet bills and coins from the washer or dryer worth an average of £22 over the course of the last year.

Only 21% of it, or £167 million, survives the trauma and may be used again, with the majority of the remaining currency being twisted notes. Coins always survive, while notes often suffer severe damage from the high heat.

According to the study, even newer polymer ones are susceptible to shriveling or tearing.

The large rubber seal that surrounds the doors of washing machines and tumble dryers is often discovered to contain coins, bills, and jewelry.

The filter is another fantastic area to look, according to Dr. Kyle Grant, the creator of the laundry business Oxwash, which commissioned the research of 1,000 individuals. Open the cover by flipping it open, then remove the filter, which is usually at the bottom front corner. I’m crossing my fingers that any lost jewelry, cash, or notes will be discovered among the lint.

“Leaving money in pockets is simple, but don’t be discouraged if you discover a shrunk or damaged note in the drum at home,” he said.

There is a method you may be able to swap the bank note if you have at least half of it. For accidently damaged authentic notes, The Bank of England maintains a special “damaged and contaminated” service.

Over the last five years, according to Dr. Grant, Oxwash has “successfully reconnected consumers with headphones, wallets, and cash that has accidently been left in pockets.”

According to the survey, Britons discovered a total of almost £590 million down the back of their couches in the previous year. During a thorough cleaning or spring cleaning, the typical individual discovered £10.90.

Another frequent location for misplaced money is between and beneath vehicle seats, when an average of £9.33 is discovered.