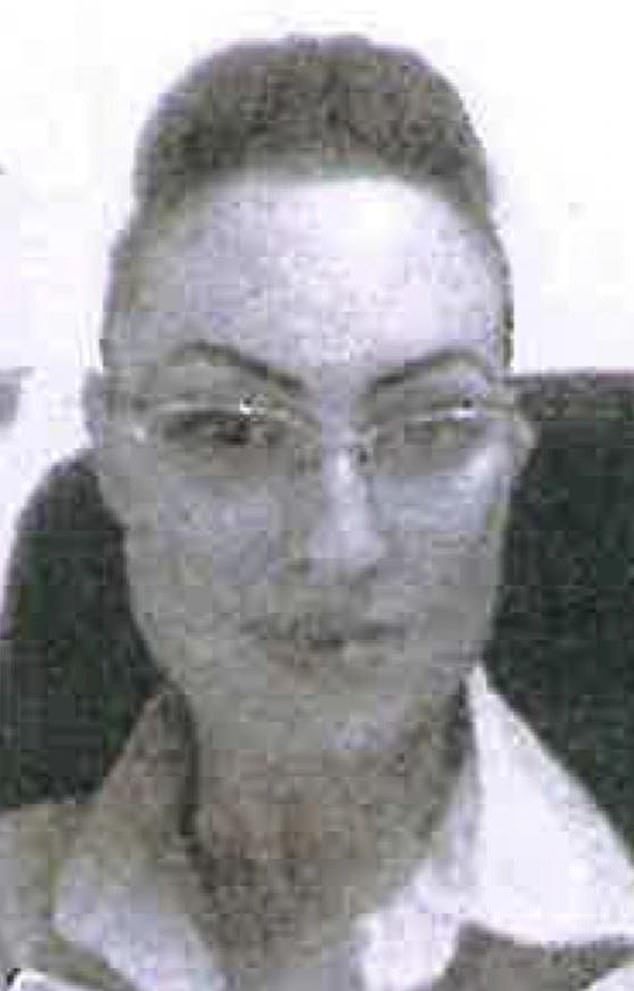 A former prison psychologist is charged with having sex with her two boyfriends while also documenting their illicit encounters in a string of X-rated communications.

After being suspended in 2019, Sarah-Jane Londington, also known as Sarah-Jane Floretin, is trying to keep her psychologist license in the Queensland Civil and Administrative Tribunal.

The 41-year-old, who is from Mudgeeraba on the Gold Coast, is accused of communicating through hundreds of texts with two prisoners at Palen Creek Correctional Center: David Gardener and Allen Marcel Milos, a convicted drug dealer.

While the two were reportedly having a “intimate personal and possibly sexual connection” in 2018, the mother-of-four is accused of sending Milos 30 letters, 29 of which were supposedly burned.

Then, in 2019, she reportedly started texting Gardiner on a cellphone she is suspected of purchasing for him using the driver’s license of another prisoner, which he kept concealed in his cell.

In a disciplinary hearing for Florentin, excerpts of messages submitted with the QCAT by the Health Ombudsman reveal she allegedly wrote an email to Milos at 6:01am on August 31, 2018.

Florentin said in the email that Milos had informed her the previous evening that she was “just a f*** buddy” and that she felt “used” and “done” with their relationship.

“You know I told you things struck me after, well here I am, it’s 12.46 am and I’ve obviously slept away my weariness, and now the tears are just flowing out of me,” she said. The email said, “You have destroyed us.

“The number of times I’ve felt s*** after seeing you privately has now far outweighed the times you’ve gone and I’ve felt pleased and secure,” she said.

I no longer feel an emotional connection to you. I feel cheep, foolish, and exploited for making things so simple for you.

Florentin apparently said that she had excused Milos’ lack of dedication since he was in prison, neurotic, and would not ‘lower his guard’ because’maybe he was terrified,’ according to Florentin.

In an email, the writer said, “Already I can tell that the sensation I used to get thinking about you has gone from my stomach, and I don’t respect you as much anymore.”

I’m telling myself I made a mistake. I’m in love with the guy in my thoughts who I sometimes seen, but he’s been gone for weeks at this point. He has been overshadowed by this guy who has the courtesy to write to me or show me affection.

You can’t simply f***en grab me and declare that I’m your girl because you want me to be all yours. I’ll follow your example and go have some fun. I may play around a little while, unwind, and act like the s*** you think I am.

Florentin reportedly wrote in notes on her phone on October 25, two months later, that she hoped they could “rewind these previous several weeks.” The letters were directed to Milos.

“I feel like I haven’t truly spoken with you in a long time; all of our time has been taken up with the c**p with cigarettes and then, well, with you thinking a) I’m a manipulative crazy lady who pursues your brother and texts both him and (REDACTED)!”

Florentin reportedly stated that she wished Milos was with her right now since she was “so delighted” to having seen him the previous Tuesday night.

“I’m in the home and I’m craving you right now…” I’m sexy as hell. I’ve been considering sleeping flat on my stomach when you are there (TOO EXPLICIT). That turns me on tons,’ she said.

Then, according to Florentin, she purportedly explained how she thought Milos loved her but felt he wasn’t expressing it by appearing okay with the concept of her dating other guys.

She reportedly also offered to send a letter on his behalf to a person in Brisbane and said she wanted to have some “real psych sessions” with him.

Additional communications submitted to the court purport to document Florentin and Gardiner’s fraught conversations throughout February 2019.

Florentin reportedly got photographs from Gardiner and texts promising to wait for him under the contact name “My Love.”

She reportedly sent another message a half-hour later that said, “I’m worrying hard about you sweetheart.” You always message me, so why didn’t you? Are you okay? I will always adore you.

Eventually, Gardiner replied, and the two reportedly exchanged texts for the rest of the evening to schedule a conversation.

Florentin reportedly wrote another text the next morning to apologize for “forgetting about the big danger.”

I’ll perform better, I swear. The text says, “I can’t wait to meet you and feel your energy near me, my lovely honey.”

I’m not sure what’s going on with the days and dates in my brain, but I’m floating around life right now and forgetting since I’m utterly obsessed with you, she said.

I’ll meet you at 8 o’clock. I will always adore you. It’s the world against you and me. XxxXOXOXOXOXO’.

Gardiner replied that he saw how preoccupied she was and added, “But everything will be worthwhile in the end since we will have each other,” before ending his statement with the words, “C U at 8am.”

He texted her again at 8:38 a.m., stating that he felt “so much better today” and that “a fantastic day always begins with you and a secret kiss.”

Florentin reportedly texted a selfie and a picture of her workspace on February 21 while claiming to be working on parole reports for many guys, including Gardiner’s.

The text states, “I must be crazy being here this late, but knowing your parole app has to be done and wanting to be able to concentrate on it really spurred me to simply get this all done.”

The two reportedly spoke about Florentin seeing Gardiner’s mother to assist with his parole report and the bad food in jail during the course of the month.

Gardiner also discussed how his hat had been taken while he was in custody and how he was attempting to keep his cellphone concealed in his cell.

Florentin reportedly emailed pictures to Gardiner on February 23, complimenting her on “how fantastic” she looked and how much he “liked her with her hair out.”

They reportedly discussed their everyday routines over the next several days before purportedly discussing their fun-filled night in an exchange on February 27.

‘Good day, my dear. You are everything I think about. Floretin reportedly wrote, “I totally adored our time last night, I can’t stop thinking about how happy I am to have you.”

“I believe you’re a fantastic lover, and I adored (TOO EXPLICIT). I’ve never been happier in my whole life, and it just blows my mind to think that we were (TOO EXPLICIT).

“Hello, my lovely baby,” Gardiner said in reply. I couldn’t help but think specifically of yesterday night when I looked at the U I group. If they only knew.

‘I had a great time, too (TOO EXPLICIT).