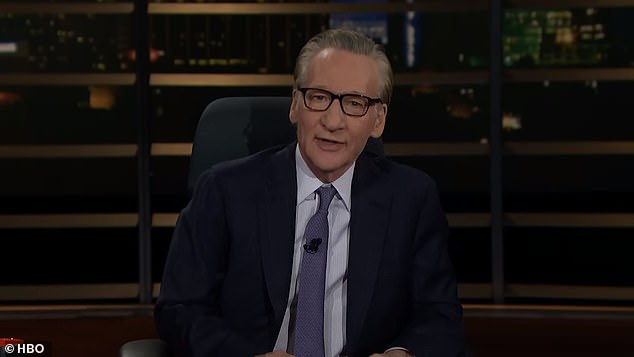 Bill Maher has criticized Americans for refusing to associate with those who have opposing views, and he called one woke buddy a “a**hole” for turning down an invitation to dinner after knowing a Trump supporter would be there.

The anonymous buddy was recently asked to a dinner party, but the “Real Time” presenter said that the friend declined because he did not want to “breathe the same air” as a different guest who supported the former President Donald Trump.

There is a term for individuals like this, he said, “a**holes.”

Maher remained mum on whether their friendship endured the rejection.

The HBO host is a Democrat who has given millions of dollars to his party but despises woke preaching and frequently engages in friendly debate with conservatives on his show.

Maher continued by saying that one of the biggest problems the US is currently facing is extreme political tribalism.

Maher first attacked his friend, an extreme leftist, before turning his attention to conservatives who shared his viewpoints.

He used Mark Finchem, a Trump supporter running for secretary of state in Arizona under the Republican Party, as an example. Finchem won’t associate with anybody who doesn’t support the 45th president.

When addressing the continuing conflict between Republicans and Democrats in the US last month, Maher said he would never vote for Trump but that he “understands” why some people could do so given the current state of the nation.

Additionally, he earlier gave Trump some reluctant praise, calling it “amazing” how the former president was able to rid the Republican Party of political rivals during the primary season.

In August, a broadcaster referred to GOP candidates Trump backed in primaries and remarked, “Eighty-five percent of the folks Trump supported won: 151 out of 178.”

Regardless of your opinion of Mr. Evil, what a politician he is. I mean, that’s remarkable — in a bad sense, but impressive nonetheless, Maher said.

He pledged to remove the 10 members of Congress who voted to remove him from office and said, “It’s such a Tarantino movie, he’s going to get all 10!” He mentioned that he received an 8 out of 10.