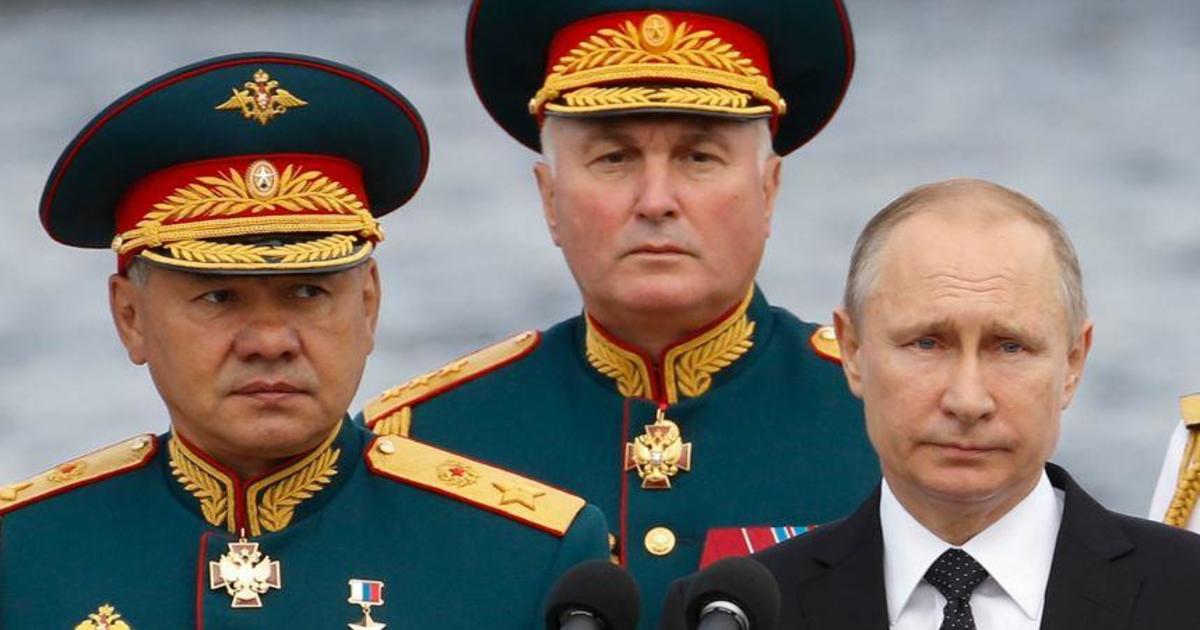 The strong basis of support for President Vladimir Putin’s conflict in Ukraine among Russia’s political elite is beginning to fray.

Senior military and political figures have been searching for scapegoats as Russia’s forces experience setback after setback and a botched and wildly unpopular military mobilization effort recruits thousands of poorly trained men to serve on the front lines. The blame game is drawing closer to Putin than ever.

On social media platforms favored by Russian military journalists who support the war, criticism of Moscow’s military policy and the manner in which decisions are made and carried out on the ground has been building for weeks.

But it went to a whole other level this week.

You must cease lying.

General Andrey Kartapolov, who held many high-ranking posts in the Russian Defense Ministry before joining the legislature and leading its defense committee a few years ago, has criticized the nation’s present military leaders for wartime casualties.

Kartapolov, who once oversaw the Western Military District, which is at the heart of the invasion of Ukraine, remarked on a well-liked online video program hosted by a key Kremlin propagandist, “First of all, you have to stop lying.”

Kartapolov bemoaned, referring to localities on the Ukrainian border that have been caught in the crossfire as Russia utilizes the territory as a base for its attacks: “All border villages of the Belgorod region are basically devastated.”

“Anybody may tell us about this, even governors and military reporters. However, the Ministry of Defense’s reports remain constant,” added the legislator.

“People are aware. Because our people are not naive, they can see when they are not being truthful, which might damage their credibility.”

It has been a recurring theme on Russian media and in public forums to blame Russia’s top brass, especially Defense Minister Sergei Shoigu who, at least in the past, was thought of as a close friend and confidant of Putin.

On Russia’s heavily watched and strictly regulated channels, direct criticism of Putin himself still seems to be forbidden, and pro-Kremlin voices have been working hard to shield the tyrant from the populace’s displeasure.

Infighting between different political clans does, however, seem to be upsetting the rigid structure Putin has depended on for more than 20 years in order to hold onto power and swiftly crush any hint of opposition.

Russian forces were ejected from the Ukrainian city of Lyman a week ago. Regaining control of the railway junction in the Donetsk area allowed Ukraine’s troops to assault the Russian-occupied Luhansk region while depriving Russia of a vital logistical center.

Ramzan Kadyrov, the powerful leader of the Russian region of Chechnya, launched a sneering attack on the Russian military’s General Staff, which oversees the military campaign, and on Alexander Lapin, whom Kadyrov claimed was in charge of that area of the front line, shortly after Lyman fell to Ukrainian forces.

On his blog on the messaging service Telegram, Kadyrov said that Lapin’s lack of skill was not the cause of his embarrassment. It’s because the General Staff’s top brass is protecting him from above.

In order to rid himself of his guilt in blood, Kadyrov said, “If it were up to me, I would reduce him to the rank of private, take away his decorations, and send him with a gun to the front.”

In a four-minute video released to his Telegram channel on Thursday, Stremousov said that “many are suggesting that the Defense Minister should just kill himself like a [genuine] officer” since he let things to get to this point.

a mobilization that is wildly unpopular

Another prominent target of popular criticism has been Russia’s disastrous military mobilization effort, which included calling up the elderly, the blind, and others who were unable to fight.

In order to escape being deployed to fight in Ukraine, tens of thousands of people—mostly young men—have left the country, and hundreds have been detained in anti-mobilization demonstrations around the nation. Those who have reported for duty have experienced a lack of uniforms, food, and other necessities including protective gear.

“How a Ministry of Defense training facility could be in such a condition beyond me. The Kursk region’s governor, Roman Starovoit, characterized parts of the area’s military training facilities as “awful,” including a destroyed canteen, cracked and rusted baths, a paucity of beds, and damaged ones when they are there.”

According to sources cited by Bloomberg, the recent influx of media attention to the Russian military’s missteps in Ukraine is really the product of a Kremlin command.

According to the article, the Kremlin instructed certain reputable state media channels to begin recognizing the mistakes out of concern that a message that was too upbeat would make the people question the Kremlin’s reliability.

Putin allegedly also spoke with bloggers and military reporters who support the conflict and have spent months on the front lines and providing more accurate battlefield reports.

According to reports, some of these journalists questioned if the Russian president had been basing all of his decisions only on the positive public briefings given by his Ministry of Defense.

Tatiana Stanovaya, a political analyst and nonresident researcher at the Carnegie Endowment, said in a recent study that “the belief that Russia would undoubtedly triumph has begun to be eclipsed by concern about what price Russia is willing to pay to bring Ukraine to heel.”

“The situation has developed to the point where they may now have to decide between several losing possibilities. That makes Putin far more vulnerable because he could end up choosing a different course of action from the elites.”