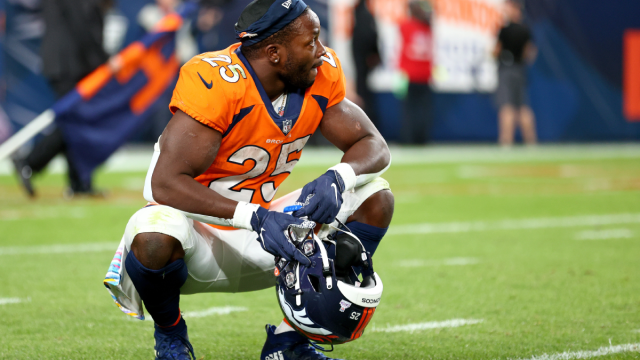 On Thursday night, the Indianapolis Colts defeated the Denver Broncos in the worst game of the NFL season to yet.

In primetime, neither team scored a touchdown, sending the game into overtime knotted at 9-9. The Colts eventually won the battle of attrition with a fourth field goal in overtime.

Offensively, neither club was able to create a rhythm, and both of the high-priced quarterbacks acquired in the offseason sucked.

Al Michaels and Kirk Herbstreit, commentators for Amazon Prime, spent much of the night openly ridiculing the quality of play on the field.

When regular finished in a 9-9 tie, many Broncos fans decided it was time to head home because the game was so painful to watch.

In overtime, the Colts kicked a field goal while the Broncos failed on a fourth-down effort to end the seemingly endless football game.

After the game, two sports anchors from a local Denver station that carried the program apologized publicly for what they had just broadcast.

Nick Rothschild, a sports anchor, stated, “Troy, I feel obligated to apologize to our viewers.” “I understand we didn’t play, and we didn’t even run this broadcast, but why did you have to see that? On our air? I feel awful.”

“I was present, but I had no desire to observe it. Where to start?”

Troy Renck, a Broncos insider, replied, “Well, that burns the retinas.” “It was that terrible. Both teams were offensively inept.”

The Broncos’ record is presently 2-3, with two of their defeats occurring in fairly alarming circumstances.

This season, the club has already played in primetime three times. In a perfect world, this would imply that national television audiences would not be forced to watch them in a night game any time soon.

You desire! Next week, the Broncos will travel to Los Angeles to face the Chargers on Monday Night Football.

At least for that game, Denver will not need to worry about its own fans leaving the stadium early.