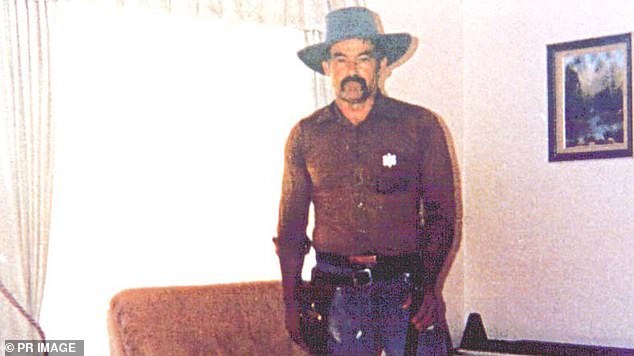 What it was like to be imprisoned alongside known serial murderers Ivan Milat and Malcolm Baker has been described by a former prisoner of Australia’s strictest maximum security prisons.

In a video titled “Ivan Milat and other psychopaths,” reformed bank robber Russell Manser portrays life in jail in dramatic detail. He released the film to his massively famous Instagram and TikTok accounts.

Milat, popularly known as the Backpacker Murderer, passed away at Sydney’s Long Bay prison in 2019 after spending 25 years being transferred among the state’s most secure facilities.

When they met at the 1998-closed Maitland Gaol, Manser said he was unimpressed with the guy who killed seven people in the 1990s, largely female hitchhikers who he enticed into his vehicle and dumped in the Belanglo State Forest.

Ivan Milat wasn’t a huge guy, according to Manser.

He could have weighed 70 kg and stood approximately 5’9″. In prisons, men tend to be rather large and physically robust; that man is not.

He clearly didn’t constitute a serious danger to anybody.

Manser said that even if Milat had been armed with an unorthodox stabbing instrument called a “shiv,” he would “have supported himself” against him.

He said that the striking murderer, whose handlebar moustache and widely circulated images masquerading as a wild west-style “sheriff” brandishing guns had made him instantly recognizable, was readily visible when his mother paid him a visit when he was in prison.

I said, “Would you want to meet him?

She objected, calling the man the devil in some colorful terms.

Contrary to popular assumption, Milat was never under special guard to protect him from other detainees or them from him, according to Manser.

He said that while Milat was imprisoned, a kind of fan club formed.

Manser claimed, “I didn’t actually speak to him, but others did.”

Some of the younger men were enthralled by him and clamoured to hear all of his tales.

Manser was far more suspicious of Malcolm Baker, who went on a shooting rampage in 1992 that became known as the Central Coast Massacre after the NSW area where it took place and resulted in the deaths of six people and an unborn child.

Despite calling Baker, who was given a life sentence, “very f***ing sad,” Manser warned that you should exercise caution around him.

Manser said that the man “had extremely major rage problems” and “would have f***ing plunged a knife into you from behind.”

Manser said that even psychotics like Baker and Milat lost their threat in prison.

He added, “Give them a rifle and they can be anything.”

‘But… They are just another naked bum in the shower there.

Manser, who was abused in a boys’ home as a child and grew up in western Sydney, started having problems with the law at the age of 15.

He was just 17 years old when he was first imprisoned in an adult facility for stealing a Porsche.

Following his release, Manser committed five bank robberies in the early 1990s, taking $90,000 from the Lane Cove branch of the Commonwealth Bank in Sydney’s north.

At the age of 23, he received a 15-year prison term with a seven-and-a-half-year non-parole period.

Manser founded a support and advocacy organization after being freed from jail to assist abuse victims, detainees, and ex detainees in getting access to legal counsel and rehabilitation.