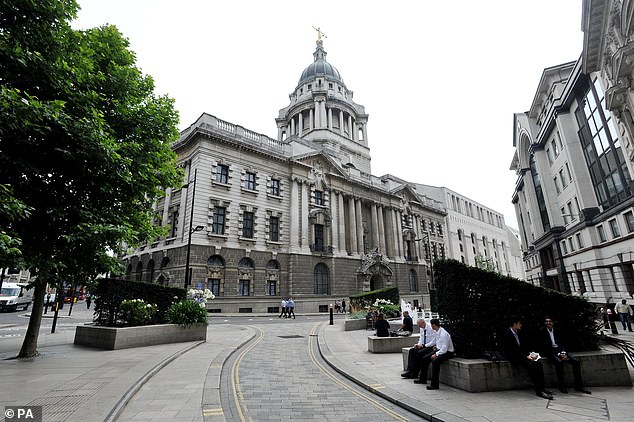 A court has heard that the mother of an 18-month-old child who was murdered by her postman lover when he “shook him and smashed his skull on the floor” “did nothing to protect him” and sought to lay responsibility for the wounds on her son’s father.

Tamika Beaton, 24, placed “her personal interests” ahead of her son Andrew Cawker’s, with “catastrophic” results, and he passed away in the hospital 13 days later on July 9, 2019, after sustaining a brain injury.

She mistreated her child by giving her boyfriend Scott Coombe custody of the little child, who routinely assaulted Andrew in the months before his death, the court heard.

Coombe has guilty to manslaughter, abusing the youngster three times, and child abuse.

Beaton denies willfully mistreating or ignoring Andrew in a way that would be likely to add to his misery or harm his health.

Jurors were told that she is accused of neglecting to safeguard him rather than of harming him personally.

Coombe attacked the youngster on July 9, 2019, according to Sally O’Neill KC, who opened the case today. She then claimed the toddler began “looking a little stiff” and fainted while playing.

Despite being transferred to the hospital, Andrew died from his injuries because they were so serious.

On July 9, 2019, a man named Scott Coombe dialed 999 to contact the emergency services, according to Ms. O’Neill.

“At the time, Scott Coombe was dating Tamika Beaton, the defendant, and was caring for her 18-month-old son Andrew Cawker.

He said to the emergency call center, “It’s my stepson, who is 1.5 years old. He was only playing when he began to seem a little stiff, slumped in front of me, and hasn’t been awakened for ten to fifteen minutes “.

It was a lie, I said. Scott Coombe admitted to murdering Andrew illegally and entered a plea of guilty to manslaughter.

He did so on the theory that when he grew upset with him, he grabbed him up by holding onto his upper arms and, in a fit of rage and fury, violently shook him backwards and forwards for a short period of time.

“Andrew’s head slid back and bounced when it impacted the floor, and his shoulder region smacked the ground as well.”

“Andrew instantly fell unconscious. Scott Coombe attempted to resuscitate him but was unable to, so he contacted 999.”

“As far as this case is concerned, the case against Tamika Beaton is that between January 7 2019 and the July 9 2019, she willfully mistreated or neglected Andrew in a way that was likely to prolong his suffering or harm his health by failing to protect him from harm while in the care of Scott Coombe, by continuing to leave Andrew in Scott Coombe’s care, and by failing to notify the social services of the injuries,” the prosecutor continued.

In a nutshell, Tamika Beaton noticed that Andrew was suffering inexplicable wounds while under Scott Coombe’s care.

She and Andrew’s father, Ben Cawker, who often visited him, took pictures of the wounds and one even brought him to the doctor to have his blood tested to see whether he was prone to easily bruising. Not at all.

“Scott Coombe attacked him, and Tamika Beaton must have known that it was Scott Coombe who was doing it,” the statement said.

She failed to prevent Andrew from being hurt by Scott Coombe and instead attempted to discredit the wounds by attributing them to Andrew’s father, Ben Cawker.

Many messages in this case, according to the Crown, show that she was aware of what was happening and purposefully chose not to alert social services to it because she knew that doing so would force Scott Coombe to leave the house or result in Andrew being placed in foster care.

She was placing her personal interests ahead of Andrew’s, which had the worst outcomes for him.

“Scott Coombe injured him on July 9, 2019, and because of the severity of his wounds, he never recovered consciousness. On July 22, 2019, he passed away as a result of his wounds.

She had left Andrew in Scott Coombe’s care that evening since he had worked a long day as a postman while she attended a dancing lesson.

“He was prepared to care after (Andrew), but Tamika Beaton must have been aware of the hazards of enabling him to do so and she chose to ignore them as she had done on a number of prior occasions.”

Beaton, a south London resident from Peckham, sat in the dock throughout the hearing while clad in all black.