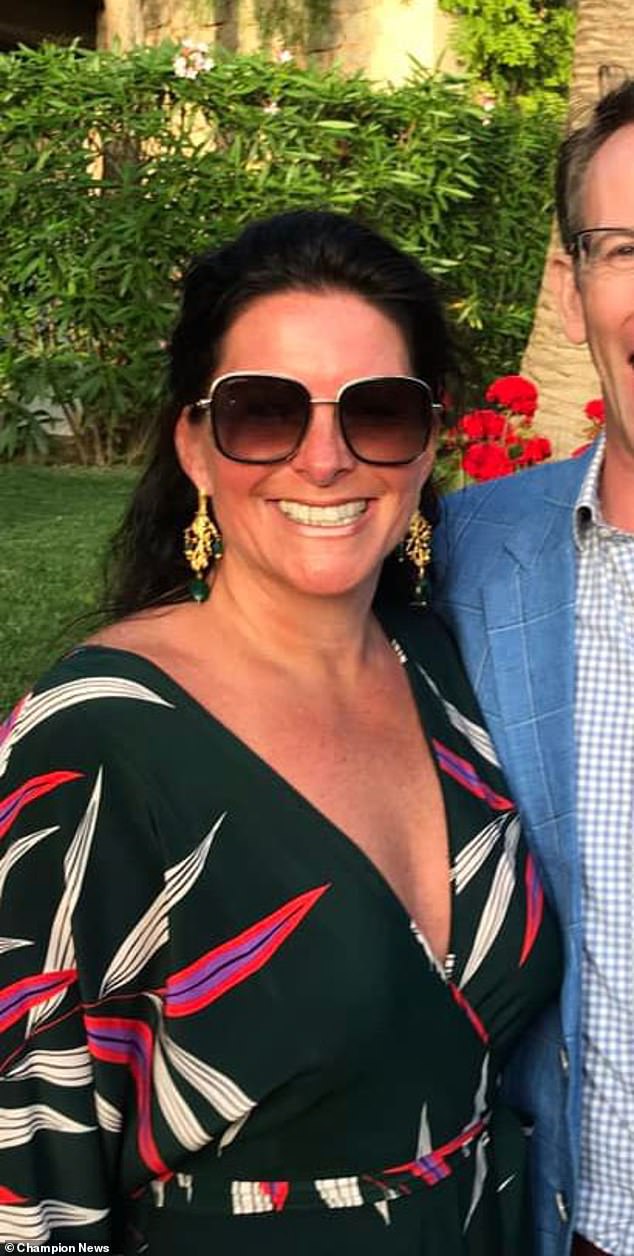 The owner of a country home who sued the seller over a leaking sports car that filled with water when it rained won a £118,000 court case.

Alison Kynaston-Mainwaring, the 49-year-old owner of the Hardwick Hall estate in Shropshire, stated that the “catastrophic” leak had rendered her vehicle’s electrics nearly unusable.

Mrs. Kynaston-Mainwaring, an avid dressage rider who operates an equestrian centre on her estate, paid £122,000 in August 2018 for the two-door convertible Mercedes AMG GTC Roadster.

The first time Mrs. Kynaston-Mainwaring left her automobile parked outside her garage, the footwell was filled with rainwater.

She subsequently sued the vendor, luxury car dealer GVE London Ltd, and has now been awarded £118,334 by the Court of Appeal.

Lord Justice Phillips affirmed a previous ruling that the automobile Mrs. Kynaston-Mainwaring received was not of “satisfactory condition.”

Nevertheless, he stated that the court’s conclusion did not indicate that the issue was “inherent” to GTC convertibles.

Mrs. Kynaston-Mainwaring and her husband own the Hardwick Hall estate in Shropshire, which is centered on a Grade-II-listed early Georgian mansion.

It was also the birthplace of Wild Humphrey Kynaston, the renowned Shropshire highwayman.

In his ruling, Lord Justice Phillips stated that Mrs. Kynaston-Mainwaring had secured the vehicle in a specially modified garage after purchasing it.

It was just left outside for a few days in November 2019, and when she attempted to move it on November 22, the footwell was filled with water.

The spill caused considerable damage to electrical components and wiring, which experts estimated to be worth approximately £8,500.

Mrs. Kynaston-Mainwaring sued GVE London at the High Court in Manchester and was awarded £118,334 in March of this year.

At the High Court, Judge Richard Pearce was informed that the car’s problem was a clog in the roof’s drainage system, which allowed rainwater to pour into the footwell.

When the car was serviced in May 2018 and given to Mrs. Kynaston-Mainwaring in September 2018, there was no cause to anticipate that the channel had not been cleared.

However, in February 2019 there was “misting” in the vehicle, and a mechanic who examined it in April 2019 discovered “damp carpeting” on the floor.

GVE asserted that the issue arose because the drainage channel was not drained when the Mercedes-Benz dealership repaired the vehicle before to its delivery to Mrs. Kynaston-Mainwaring.

However, the judge determined that it was more likely that the channel would have been cleaned, given that this was regular procedure, and that Mrs. Kynaston-car Mainwaring’s must not have been of “acceptable quality.”

GVE London’s attorneys argued on appeal that the judge’s conclusion that the channel had been cleared in May 2019 was based on “faulty reasoning and, to some part, guesswork.”

Lord Justice Phillips said that GVE’s assertion that the obstruction was not cleared in May 2019 was credible, but not sufficient to overturn the earlier verdict.

“The appellant presented a plausible account of the events leading up to the occurrence,” he continued.

“The concerns in February and April 2019 were very small in comparison to the November 2019 disaster, confirming the premise that the blockage, which was not addressed by the May 2019 service, increased to the point where it caused catastrophic flooding in November.”

‘The answer, in my opinion, is that the appellant’s arguments did not pass this test. The judge’s conclusion that the drainage channel was cleared during the service in May 2019 was supported by evidence.

The judge reached his conclusion after reviewing both documentary and expert evidence.

He said, ‘Therefore, in my opinion, the appellant failed to prove that the judge’s major finding of fact in this case was manifestly incorrect.’

He stated that the outcome of the case had no “broader implications” because there was no evidence that the GTE model has a “inherent flaw.”

Lord Justices Snowden and Green concurred with his decision, and GVE London’s appeal of the £118,334 judgement was dismissed.