Skip to content
Home » News » Breaking News » My group of three paid almost $250 at a restaurant with a tiny, animated chef, which wasn’t worth it 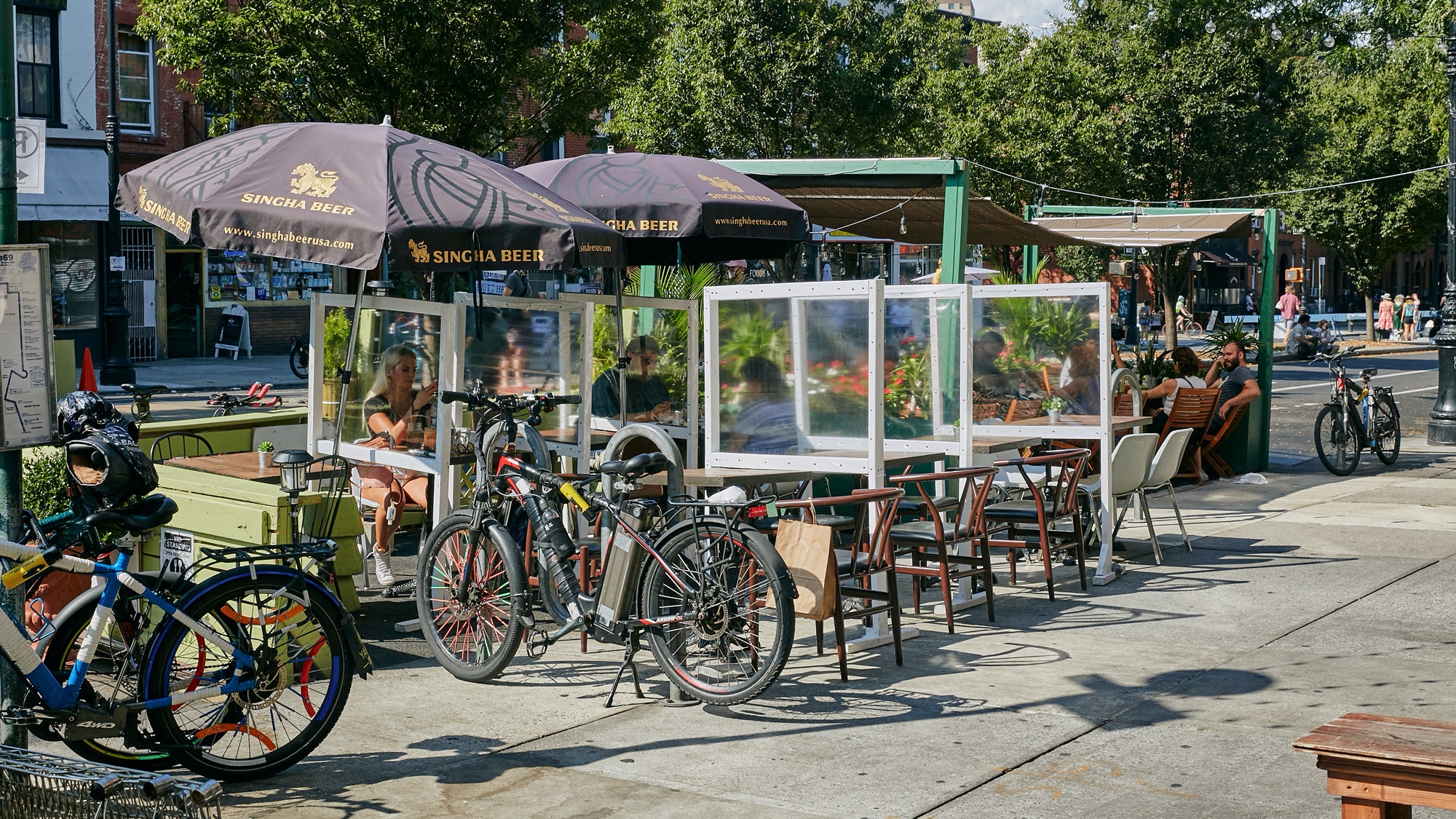 Le Petit Chef is a visually engaging eating experience in which an animated chef prepares your food on your plate.

Le Petit Chef is an international dining experience that features the “smallest chef” in the world.

I was really curious about this restaurant’s combination of technology and cuisine, complete with themed music, bright lighting, and five gourmet dishes, so I took my husband and infant to the Ontario, Canada branch.

Reservations were difficult and expensive to make.

The Toronto outpost of Le Petit Chef opened in July 2022.

There are approximately 35 Le Petit Chef establishments across the world and special meals on Celebrity cruise lines.

The sole outpost in North America is located in Ontario, Canada, in a suburb about an hour north of downtown Toronto.

It was challenging to secure a reservation. I had to make reservations around one month in advance, and even then I could only secure a Monday night. To reserve my spot, I also paid a deposit of approximately $80 Canadian dollars, or approximately $58.

The cost of the lunch was likewise quite high. The experience costs $129.99 per adult prior to taxes and service fees.

And despite the fact that my infant cannot consume most of the food, we still had to pay CA$64.99 for her children’s meal.

The eatery was concealed inside a comedy club.

In Jokers Comedy Club, we were brought to an enclosed theater and dining area.

The eatery was surprisingly located within Jokers Comedy Club.

When we arrived at the check-in desk, we were required to pay in whole for our lunch, when I am accustomed to receiving the bill at the end.

Then, we were ushered to the rear of the comedy club and into a second, enclosed theater designed to resemble a French wine cellar.

It had plush chairs, intimate mood lighting, expansive tables, and elegant wine storage in the back.

I initially noticed the hanging projector screens that were carefully positioned over the plates.

Due to a few late arrivals, we were approximately 10 minutes late for the performance.

The animated skits were more entertaining than I had anticipated.

The first skit was adorable and amusing.

The first course began with a hearty greeting from the chef of the same name. With the miniature chef, our white table and plates were turned into an animated agricultural scene.

We quickly discovered that each course began with a comedy in which the celebrity chef got into all sorts of problems while preparing our cuisine.

Our first meal was a salad, and I was pleasantly surprised by how much I enjoyed the adorable animated creature shouting and squealing in French as he fought a mole that was attempting to take the vegetables from his garden.

When the act concluded, the lights became significantly brighter, but the farm backdrop remained in place. The waitstaff then brought out our actual salads.

The first course was lacking in flavor.

I enjoyed the cheese, however.

Unfortunately, it was somewhat disappointing. The greens lacked flavor from the dressing, so they were extremely dry and bitter. In addition, the tomatoes did not appear ripe.

However, the cheese enhanced the dish. It was mushy, soft, and enjoyable to consume.

My daughter’s first course was likewise unsatisfactory to me.

My daughter was unable to consume much of her Caesar salad.

Our infant’s children’s lunch consisted of a Casar salad. We were unable to feed her lettuce or bacon crumbles since she lacks fully developed teeth.

She nibbled on the croutons and licked some of the lettuce’s cheese.

I sampled some of her salad and found it to be tasteless.

The skits were interesting and provided information about the subsequent training.

After we finished eating, the music became louder and the lights dimmed.

The second dish was soup, and the act took place on a jet ski in the middle of the ocean.

He poured stuff into the pot, or in this case, onto our plate, until he was forced to battle an octopus. The tentacles of the creature eventually wound up in the seafood soup.

The sketch was highly tongue-in-cheek, sarcastic, humorous, and lively, and the story kept my attention.

The soup was delicious, however mine initially lacked a crucial element.

Initially, my soup was missing octopus.

The service informed us that our seafood bisque featured lobster, shrimp, and octopus from the East Coast.

Mine husband instantly remarked on how delicious his octopus was, but I was unable to locate any in my soup. In light of the previous skit, this felt anticlimactic. However, the personnel swiftly corrected the error.

The moment I tasted my new soup, I was impressed. The shellfish was gently sweet, juicy, and sensitive, and the dish had a silky texture and intense umami undertones.

I thought my daughter’s soup was excessively acidic.

Tomato soup was presented to my daughter.

I also sampled my daughter’s soup, which was touted as having Italian tomatoes, Spanish onions, and a touch of cream, but I found it to be somewhat acidic.

My daughter did not appear to enjoy the bite she consumed.

The third sketch made me roar with laughter.

I adored the skit in the third course.

The following skit centered on the main element of the third meal, chicken.

There was an abundance of humor. The small chef exited his outside tent while wearing his birthday suit, then shrieked in horror upon realizing he was nude.

He also scavenged for additional items and used a magnifying glass to start a fire in order to cook. This resulted in even more humorous shenanigans.

I realized why the restaurant was located within a comedy club.

I enjoyed the chicken, but I would have appreciated additional sides.

The chicken had a robust flavor.

The chicken was small but filled with flavor, although I did not detect any pine nuts. The black meat was soft and flavorful, and the filling was limited but obvious, particularly with its tangy cheese flavor.

Even while the dish didn’t require the cabernet-truffle demi sauce that accompanied it, it made the dish even more sumptuous.

However, the dish lacked starch and vegetables to balance the platter. I constantly craved something to cleanse my palate.

The pasta my daughter made was wonderful.

My child consumed some of her gnocchi.

My daughter’s third course, pan-fried gnocchi with Alfredo sauce, Parmesan, and black pepper, was a hit.

The spaghetti was incredibly flavorful and well-prepared. It was al dente, so it kept its shape magnificently.

My daughter also enjoyed it immensely. She would tear a piece of gnocchi and chew on it.

A comedy show at the venue ruined the atmosphere.

I was able to hear the throng in another area.

At approximately 7 p.m., a comic at the comedy club performed sketches on the stage adjacent to the restaurant, disrupting our previously tranquil dining experience.

Unfavorable echoes and mic feedback might be detected from the surrounding performance due to the noisy crowd.

My daughter remained engaged with the skits.

The small chef broiled our steaks this time.

I was moderately afraid that my daughter’s tolerance was failing, but she appeared mildly amused by the little chef as he ran around the table preparing our next meal.

He attempted to grill our meat, but once again, things went astray and everything was consumed by smoke.

The meat was cooked to perfection, however I found the sauce to be very salty.

I adored the veggies.

The last entrée was filet mignon grilled with peppercorn sauce, honey-glazed carrots, broccoli, and mashed parsnip. Even though I expected mashed potatoes based on the menu, the presentation of the dish was flawless.

As asked, the steak was medium rare, however I found the sauce to be very salty. After one taste, I had little desire to eat further.

I enthusiastically consumed the crisp and delicious vegetables.

Chicken fingers and fries were served to my daughter.

Overall, the children’s menu did not impress me.

Chicken fingers and fries felt out of place in the posh restaurant where my daughter dined.

In general, I think the kids’ menu could’ve been stronger. Although it appeared to be an afterthought, it was nevertheless expensive. In addition, none of the courses corresponded to the skits.

The chef then prepared our dessert.

The small chef made crème brûlée.

After around an hour and a half, dessert was served. The diminutive cook prepared a superb crème brûlée.

Several of the ingredients listed in the skit, such as saffron, were not present in our actual dish.

This is the first time the skit did not align perfectly with our curriculum.

The dessert was delicious.

The crème brûlée was the ideal conclusion to the dinner.

We were served crème brûlée with vanilla custard from Tahiti, a turbinado sugar crust, and fresh berries.

My husband and I discovered a creamy, yet not-too-sweet custard within the golden-brown crust.

The dessert was a refined way to conclude the evening.

And my spouse preferred my daughter’s dessert to his.

My daughter was provided with crepes.

My daughter’s dessert was an unexpected success. Crepes with French vanilla ice cream, poached pears, whipped cream, and chocolate sauce were served to her.

My husband was so enamored with it that he ate it instead of his crème brûlée. She wasn’t very interested in eating it.

The additional skit was quite disorderly.

There was a bonus, surprise act for the birthday celebrants in the room, however it was quite poorly planned.

Due to the fact that we already had our actual desserts, we were required to leave them aside in order to see the chef.

Nevertheless, it was a wonderful touch, and we enjoyed watching the chef bake cupcakes. The staff then served the additional dessert to the celebrants.

The experience concluded with a delicious fireworks display on our plates and tables.

We said farewell to the young chef.

About two and a half hours in, the last performance began.

It resembled the closing credits of a film, but was in keeping with the rest of the evening.

The small gentleman thanked us for visiting him and described how the creators and technology of Skullmapping (the 3D projection device) made this experience possible.

I am unsure if repeating the experience would be worthwhile.

Although the event was excellent, it did not seem to be worth the cost. The acts were charming, but I found the cuisine to be inconsistent.

At that pricing point, I expected more consistency and quality across the board, particularly with my daughter’s food. I appreciate that, as an infant, she was unable to consume everything on her plate, but the food offered to children was quite disappointing.

I believe a bit more consideration could have been given to the children’s menu, as there were approximately 40 percent youngsters in the dining area when we were there.

Overall, if the skits and menus were altered, I might be encouraged to return. Whether or not I would recommend this experience depends on the person’s income level and idea of a great night out.

»My group of three paid almost $250 at a restaurant with a tiny, animated chef, which wasn’t worth it«