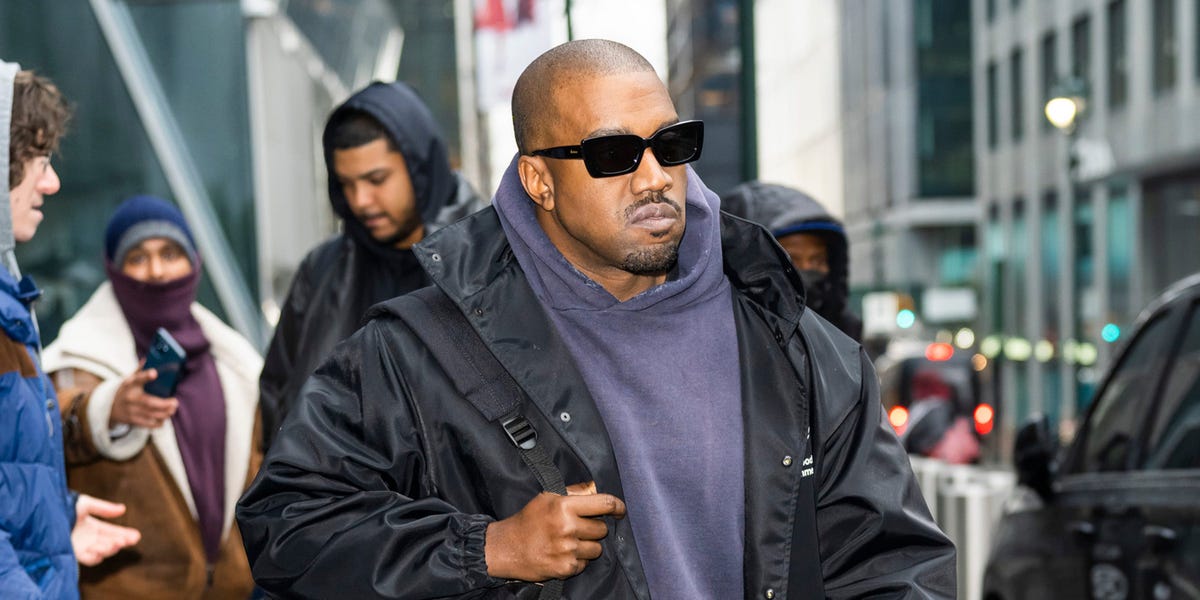 Following a month of controversy and anti-Semitic outbursts from the musician, Adidas severed its relationship with the businessman and musician Kanye West on Tuesday.

Following a vigorous campaign by internet users, celebrities, and anti-hate-speech organizations, the company announced that it was ending its nearly ten-year, multi-billion dollar creative partnership with Adidas.

Adidas said in a statement on its website that it was immediately severing its partnership with West, who recently went through with a legal name change to Ye, and that it “does not tolerate antisemitism and any other sort of hate speech.”

Ye has recently made remarks and taken actions that are unacceptable, dangerous, and against the company’s values of inclusion, respect, and fairness.

A growing online movement has recently started sharing posts widely and intensifying calls for the German clothing company to fire Ye. A petition started by the study organization Campaign Against Antisemitism garnered more than 170,000 signatures in favor of Adidas severing ties.

Ye has been courting controversy for years, but in recent weeks, the incidents and backlash have become more frequent and severe, to the point where several brands, including Gap, have ended their collaborations with him. Ye falsely claimed that George Floyd died from fentanyl, which prompted Floyd’s family to file a lawsuit, appeared on Tucker Carlson’s Fox News program, and wore a “WHITE LIVES MATTER” shirt to Paris Fashion Week.

Ye’s string of anti-Semitic tirades earlier this month served as the tipping point. He posted a tweet at the beginning of October threatening to commit “death con 3” on Jews, which resulted in the restriction of his Instagram and Twitter accounts. Shortly after his accounts were restricted on popular platforms, Ye announced his agreement to purchase Parler, a social media site well-known for hosting far-right conspiracy theories.

Ye boasted about how the business wouldn’t break up with him on a now-deleted episode of the “Drink Champs” podcast last week; the segment was later used as part of the online pressure campaign urging Adidas to sever their relationship with him. Adidas was under increasing pressure to fire Ye, but the brand refused to budge, defying Balenciaga and Ye’s talent agency CAA, among others.

In a podcast clip with almost five million views, Ye said, “The thing about me and Adidas is like, I could literally say anti-Semitic shit and they can’t drop me.” “Even if I say things that are anti-Semitic, Adidas won’t fire me. What’s next?”

The effort to get Adidas to fire Ye increased sharply.

The public outrage against Adidas collaborating with Ye has grown in recent days, particularly in light of the conspiracy theorists’ anti-Semitic banner-hanging over the weekend on the 405 highway in Los Angeles. “KANYE IS RIGHT ABOUT THE JEWS,” read one banner.

The Anti-Defamation League was one of the most vocal opponents and started the “#StepAwayFromHate” campaign to get Adidas to stop working with Ye. On Twitter, the phrase “#BoycottAdidas” gained popularity. Ye’s anti-Semitic tweets were also attacked by groups including Occupy Democrats, the American Jewish Committee, and StopAntisemitism.

Many well-known people on Twitter and Instagram lashed out against the rapper-entrepreneur or denounced anti-Semitic speech in general, including comedian Amy Schumer, actor Daniel Newman, political figure Brian Tyler Cohen, and David Schwimmer. Kim Kardashian, who divorced Ye in March of last year, also sent a tweet condemning anti-Semitism but did not specifically mention Ye.

Kardashian said on Twitter, “I stand united with the Jewish community and urge for the awful violence and cruel words against them to come to an immediate halt.

A image of an Adidas employee’s letter that was posted on LinkedIn and spoke out against the collaboration quickly gained widespread distribution.

Sarah Camhi, a Director of Trade Marketing at Adidas, said on LinkedIn that she “can no longer remain quiet on behalf of the business that employs me as a member of the Jewish community.” “14 days have passed since Kanye first began using anti-Semitic language, and adidas has said nothing.”

Given the commercial success of its Yeezy brand, which one expert told The Washington Post has produced an estimated $2 billion a year for the corporation, Adidas’ decision to sever their association with Ye is a significant one for the business.

Jonathan Greenblatt, the CEO of the ADL, released a statement praising the news.

Adidas, Greenblatt stated, “has without a doubt done the right thing by breaking relations with Ye following his terrible antisemitic remarks.” “Adidas’ decision sends a strong message that hate and antisemitism have no place in society,” said one observer.