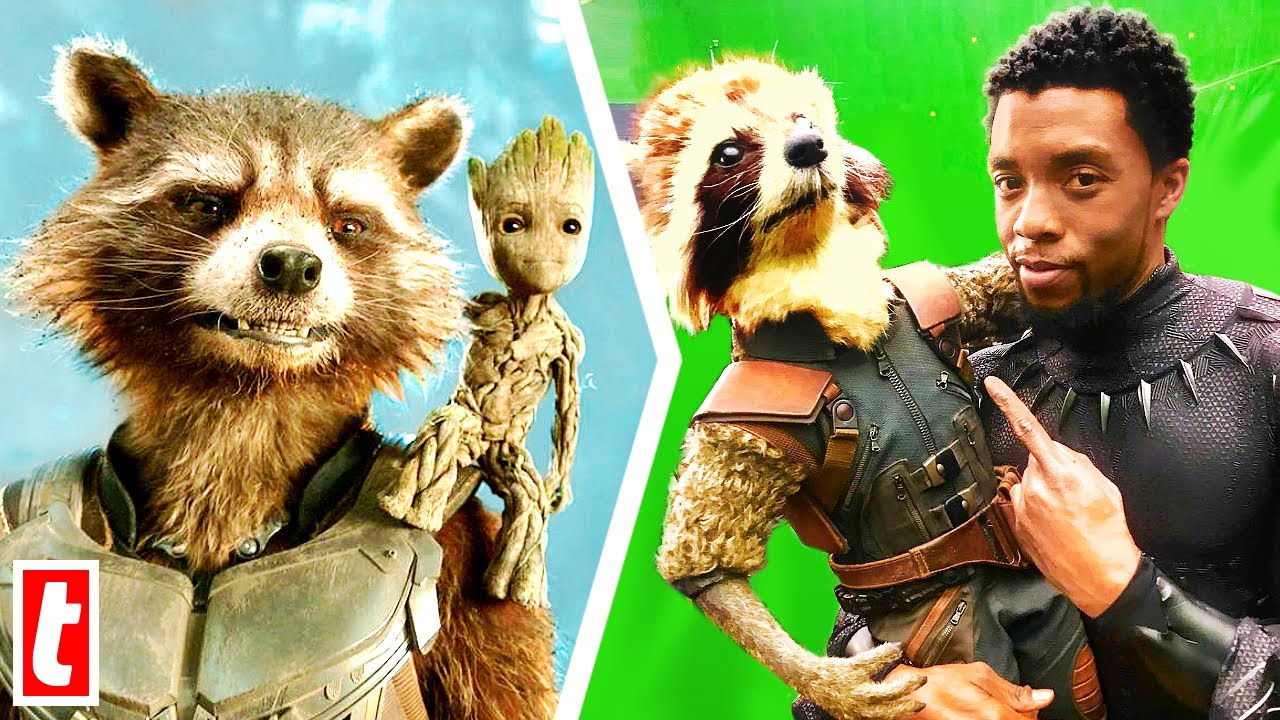 Here is a transcription of the video:

The frightening sequence in “The Boys” required the creation of many imitation octopi with spray-painted skin, lifelike movement, and an ink-filled head that squirted when the actor bit into it. This final photo could then be taken without harming any living octopus.

Homelander: Was not that delectable?

Building a 1,000-pound elephant puppet or coating a creature with hundreds of hairs, for example, requires countless hours of labor. Consider Jamie the hamster from The Boys. This image depicts a real hamster.

Mother’s Milk: The animal is a hamster.

The majority of these superhero hamster scenes, however, are fictional.

Mother’s Milk: I warned you not to become involved with him.

It begins with a miniature, intricate clay sculpture. MastersFX used this 3D-printed roller to produce rough skin texture and pores so the skin would not appear flat.

Sasha: Slowly, using a combination of subtractive and additive sculpting, a character begins to emerge.

After every detail has been etched into the sculpture, the artisans may create a mold and fill it with lifelike animal textures and movements. Like this frog Masters created for “Firestarter” in 2022. It is sufficiently soft to move on its own.

Sasha: Typically, these are used to cut cuticles, but they perform exceptionally well in this situation because you can get right up against the silicone and create a lovely flat edge. It may take hours to get perfection.

This octopus from “The Boys” has a slick silicone coating for realistic translucence, per the narrator. Pure silicone is frequently not soft enough.

Zane: When you take raw silicone like Gel-10 and mix it, the resulting substance is pliable yet slightly dense.

Therefore, Zane may add foam for increased flexibility and then a thickening ingredient called deadener directly to the silicone. The silicone grows softer and stickier as more deadener is added. This produces natural movements, such as jiggling, without the use of animatronics.

Thus, as you move the octopus, the tentacles will flail and move in a natural manner, as suggested by Zane.

As with the octopus, special effects artists may need to design a structure to help pose the creatures or restrict their movements. These aluminum wires allow for the tentacles to be wrapped around an actor’s arm. Until they have the correct color, they will not appear very realistic on camera, regardless of the materials utilized.

Sasha: Nothing can be too tidy. There are not many sharp lines in nature.

The frogs that Masters created for “Firestarter” had a more diffused appearance due to spray painting.

Sasha: It’s basically all about layers. You repeat each of these approaches until you achieve the desired result.

The skin coloring of an octopus and the characteristic blotchiness of a frog are created by splattering paint with a chip brush, as stated in the text. For added dimension, they will even paint skin that will eventually be covered with hair or feathers, as with this bird that Kayla Arena helped create for “Nightmare Alley.”

There are less feathers on a chicken’s face here, Kayla. As soon as a gust of wind causes these feathers to move, I want to be able to see that they are naturally pink below.

Each hair and feather is then delicately attached using situation-specific techniques. Jamie the hamster’s tiny hairs could not be pounded in one by one.

Animal hair is typically much denser than human hair, which is a key distinction between animal and human creation.

Therefore, they were arranged in portions, as described by the narrator. Masters began by applying strips of painter’s tape to pelts and removing fur in clumps.

I ensure that all of Brenda’s hair is facing the same way. And I ensure that it is perfectly flat by pressing it all the way down. Because I want a tapered end, I will simply cut the pelt into the desired section, being cautious not to cut the actual fur. Now, we will get a small razor named the Peanut. We are effectively cutting off the fur of this animal.

After the superfluous fur has been shaved off, Brenda removes the tape carefully, leaving hair transfers. She applies these transfers directly to the hamster’s body in small pieces using a silicone adhesive.

Brenda: I don’t want to glue the entire thing and have hair transfer to unintended areas.

Not every hair may be added in this manner, narrator. Since the hairs on a hamster’s nose and legs are significantly finer, the fur would not be suitable. Instead, they will incorporate small fiber particles known as flocking.

Brenda: You would get a small amount of flocking and then push it in that direction to make a smooth transition between short and long fur.

It was vital that every aspect of the fur was accurate for the finished product, as described by the narrator. When building their computer model, the show’s VFX artists utilized this guy to observe how the hamster’s fur would move and react to light.

Zane: I believe it is preferable to observe little Jamie floating in front of you than than a tennis or ping-pong ball. You have a stronger response from your actors. VFX are more realistic.

When animal props must move on-screen, designing becomes considerably more difficult. As a result of having to flap its wings after having its head eaten off, this chicken’s feathers had to flow with the flapping rather than constrain it. Each feather was individually affixed to the nylon cheesecloth that had been draped around the bird. Due to the elasticity of the nylon, the feathers moved with the flapping instead of interfering. Ron Stefaniuk and his colleagues at StefFX constructed these mechanical tentacles for the octopus in “The Boys.” Masters sculpted the tentacles separately from the rest of the body, leaving them hollow to accommodate animatronics. They were then adhered individually.

Audrey: Brush over it until it is uniformly smooth and the tentacle appears to be an extension of the body.

When considering genuine animal movements, you must consider much more than natural wiggling.

Ron: It is not sufficient to just coil a tentacle. There were two additional articulation points, so you could move up, down, left, and right in the middle, and the very end had a sub-curler that curled the tip even farther.

Direct interactions with actors effect the construction and mechanization of artificial creatures. Ron constructed an elephant for the 2008 film “The Love Guru” for the actor Mike Myers to ride. He had to strike a balance between authenticity and safety by utilizing materials that could support the weight of multiple performers. In place of foam and silicone, he employed a robust but heavy urethane material.

Ron: Manipulating urethane is comparable to manipulating a vehicle bumper.

He constructed only half of the elephant and placed it on a moveable platform capable of lifting a half-ton load. One puppeteer propelled the elephant forward so that it appeared to be walking. Two extra puppeteers utilized levers to create the illusion that the elephant was lumbering. And yet another puppeteer concealed himself within the elephant in order to manipulate its head and ears.

Ron: Because it was floating on those airbags, we were able to transfer a significant amount of mass while maintaining a walking-like stride.

In certain circumstances, it may be easier to create realistic animal movements without animatronics. Similar to the scene from “The Boys” in which The Deep consumes Timothy the octopus. It would have been impractical to make the tentacles that were clutching Chace Crawford’s face since their movements would have been far too complicated. However, they desired the realism of the ink and head. Using the same multi-component mold, the Masters team created simply the head. The interior was hollow so that it could be filled with syrup and food coloring to simulate ink. These holes in the head are not coincidental.

Because it is made of silicone, it seals shut, so you cannot see them. So it appears typical. Then, when he places the object in his mouth and chews, it separates them.

The false ink would squirt out with only a little force, according to the narrator. Masters provided the CG animators with references for the tentacles by manipulating fishing line taped to the actor’s face.

So, with CG, why take the time to ensure that all these animals look, feel, and move correctly?

Like actors, I believe it is our responsibility to give everyone as much as possible.

With all of this effort, a scenario can seamlessly transition from a genuine animal, a physical puppet, and CGI without anyone noticing. And no actual animals will be injured during the production of your film.

The Deep: I apologize.

Brenda: So, besides the outfit, this is the actual hamster that was used in “The Boys.”

Producer: Does he have a diaper on?

Brenda: [laughs] He is wearing a diaper, indeed.