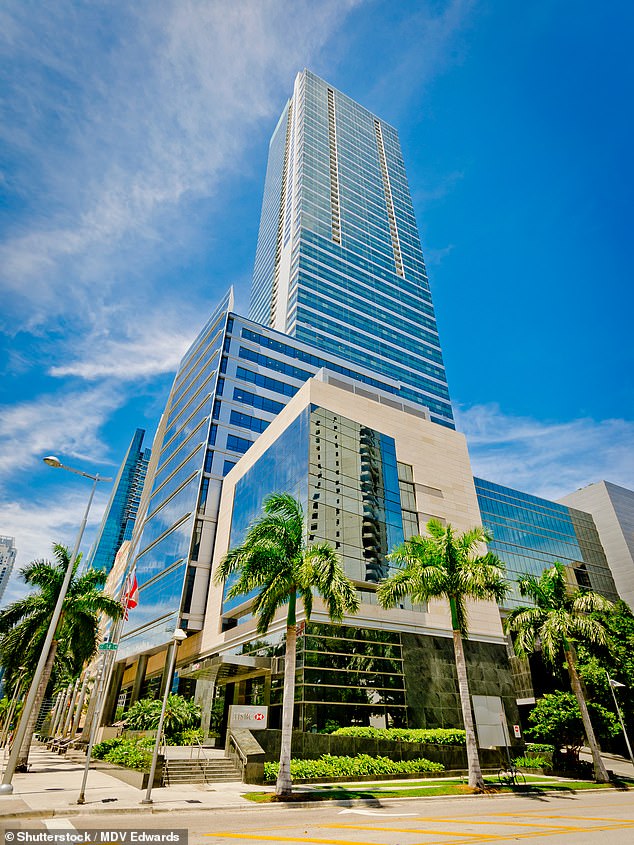 An aggressive multimillion dollar real estate scheme was run by a Venezuelan couple who immigrated to America about ten years ago. They pretended to be powerful Venezuelan regime members who had been barred by the Trump administration from entering the country and took control of their opulent properties.

The scammers took out loans against four luxury residences in the Miami region while posing as the owners, using phony passports and driver’s cards to do so. They then utilized the loans to live the high-end lives of their victims.

Members of the Venezuelan dictatorship who owned the houses were sanctioned, denied entry into the US under the Trump administration, and had a major portion of their assets frozen, making it impossible for them to visit or have access to their Miami homes.

A unit at the Mei Miami, where a simple 2-bedroom sells for $1.3 million, two luxury condominiums at the Oceana Bal Harbour, where the average house price is $5.9 million, and an 11,000 square foot Pinecrest mansion that sold for $5.3 million in 2016 were among the targeted properties.

Ringleader Carlos Rafael Castaeda Mendez, 35, enlisted six other Venezuelan migrants, including Genesis Martusciello, 29, who he is romantically involved with, to join him in the fraudulent operation.

The con artists reasoned that if the Venezuelan authorities, who included a businessman and a subordinate of the autocratic Venezuelan President Nicolás Maduro, were unable to visit the US to keep an eye on their opulent estates, they would be up for grabs.

Castaeda and his friends successfully impersonated four of the owners of the luxury residences using phony passports and driver’s licenses, and they persuaded bankers to provide them close to $10 million in mortgages on homes they did not own.

Then, using the residences as collateral, they borrowed money and sent it to their bank accounts.

The thieves spent the money on flights to Las Vegas, pricey watches, and fine jewelry.

The culprits even resided in the luxury residences of rich owners for a portion of the scheme’s existence and drove their automobiles, including a Ferrari, Bentley, and Rolls-Royce.

Florida real estate lawyers described the scam as “one of the boldest real-estate scams the U.S. has ever seen,” according to the Wall Street Journal’s account of the event.

The thieves deftly exploited “hard-money lending,” a feature of the state’s expanding real estate market that sometimes just needs a license or passport with a name that matches a property title to secure a loan or mortgage.

The eight fraudsters are in incarcerated and might get sentences ranging from little more than two years to six and a half years.

Law enforcement officials are still looking into those they think were engaged in the fraud, which took place between May 2019 and May 2020.

In 2017, the US Treasury Department accused Lopez Bello of taking part in a drug trafficking and money-laundering plot involving a former Venezuelan vice president. The US imposed sanctions on him, frozen his assets, and eventually placed him on Immigration and Customs Enforcement’s most-wanted list. Bello has refuted the charges.

Due to the fact that Bello’s Pinecrest house is held by a limited liability company registered in his daughter’s name and so could be mortgaged, it was not included in the list of his frozen assets that was made public.

Bello expressed his disappointment that this crime could have place in the US in a statement to the Journal.

“However, the lack of security and safety that allowed these criminals to invade my privacy, steal my vehicles, burglarize my property, mortgage my properties, and steal my daughter’s identity have proven me wrong,” he said. “When I decided to invest in real estate in the United States, I believed the States was the safest place in the world.

The con artists believed that stealing from the cronies who helped form the foreign government was more deserving of revenge than crimes committed against legitimately innocent people. They were fleeing the economically repressive Venezuelan Government.