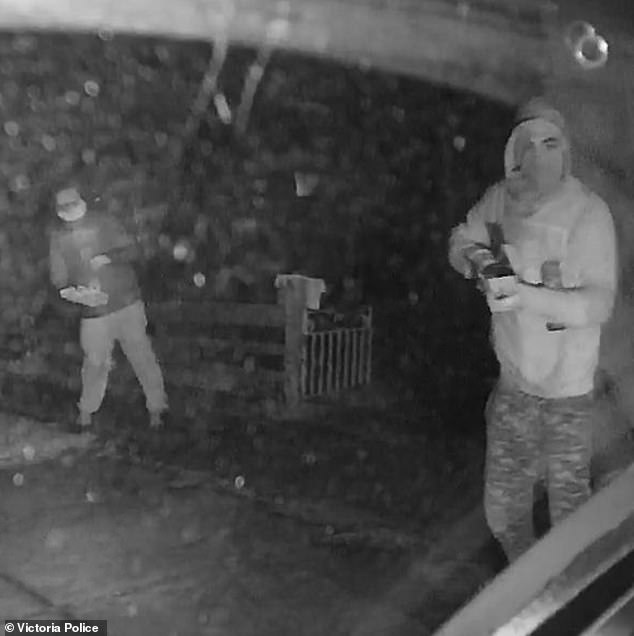 Some people on social media commended the two guys for “doing the Lord’s job” after they were shown on video reportedly tossing eggs at a police speed camera truck.

Four males approached the car while a police officer was measuring speeds in Reservoir, north of Melbourne’s central business district, in July.

On Thursday, a photo of two of them reportedly in action was posted online, and police are asking anybody who recognizes them to get in touch.

In the photo, a duo is seen holding what seem to be egg cartons while wearing sweatshirts, facemasks, and camouflaged leggings on one of them.

The assault forced the police to stop the speed operation and get out of the automobile.

Later, the males disappeared from the location in “an unknown direction.”

However, social media users praised the group for confronting the speed camera operators, with one writing that they had “restored my faith in mankind.”

One person commented, “Doing the Lord’s job,” while another user replied, “inclined to agree.”

In response to the remarks on the social media page, Safe Roads Australia hit back.

The majority of deaths and severe injuries on Australian roadways are caused by speeding. Do you mean to say that we shouldn’t enforce the traffic laws? asked it.

Are you recommending that we put them in jail just because they threw an egg? a commentator asked.

Another who was upset about the “blatant revenue raising” said, “Carry on egging.”

According to the Victorian government, a staggering $319 million will be generated from road safety camera revenue between 2020 and 21.

This amount, it was said, “represents a small portion of the entire cost of speed-related accidents.”

Between $4 and $6 billion is what Victoria spends each year on major injuries and deaths caused by road trauma.

The jokes continued to overtake the officer and the eggers in the meanwhile.

One claimed, “The traffic camera vehicle’s driver was afterwards treated for shell shock.”

A whole dozen [eggs] were delivered by them. One other person chimed in, “This was obviously a planned egging.