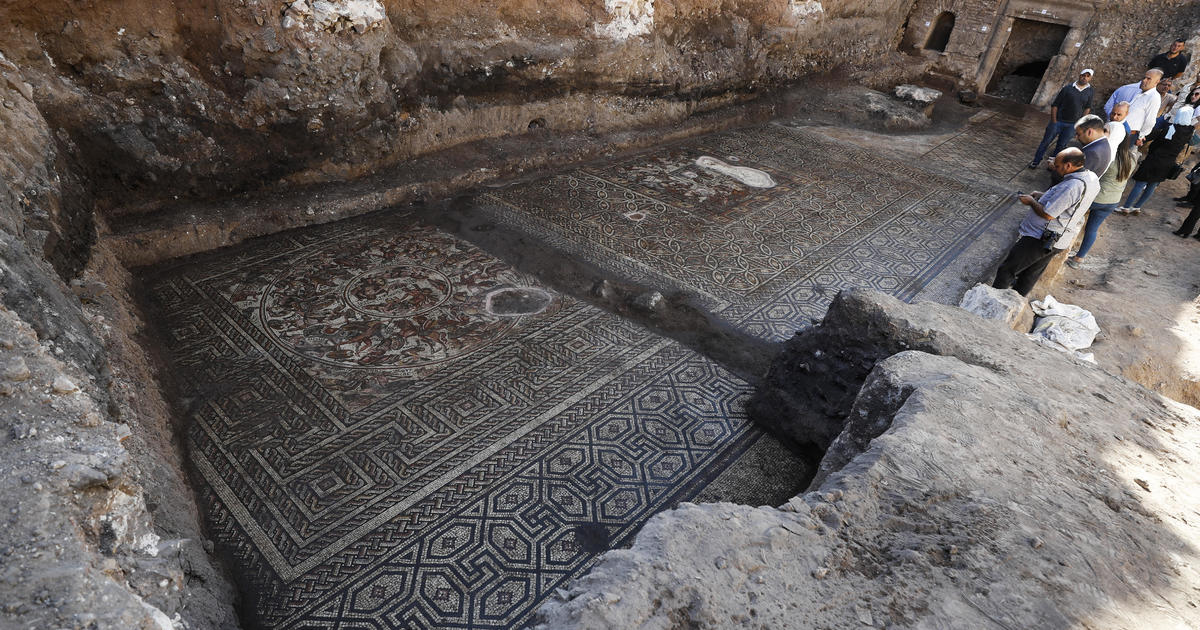 The biggest archaeological find since the start of the nation’s war 11 years ago, according to Syria, was a sizable, undamaged mosaic from the Roman Empire.

The mosaic was shown to journalists in the central town of Rastan, which is close to Homs, Syria’s third-largest city.

The mosaic, which is over 1,300 square feet, was discovered during an excavation conducted by Syria’s General Directorate of Antiquities and Museums.

The property, which goes back to the fourth century, was purchased by Lebanese and Syrian merchants from the Nabu Museum in the neighboring nation and given to the Syrian government.

Small, multicolored stones in square shapes that were roughly half an inch on each side covered each panel.

One of the scenarios shown in the mosaic, according to Dr. Humam Saad, associate director of excavation and archaeological research at the directorate, is a unique representation of Ancient Amazon warriors in Roman mythology.

The photos are “rich in details,” Saad said, and feature scenes from the Trojan War between the Greeks and Trojans. “What is in front of us is a finding that is unusual on a worldwide scale,” Saad said.

Hippolyta, the queen of the Amazons, was killed by the demigod hero Hercules during one of his twelve labors in the mythology of Ancient Greece and Rome.

Along with 40 of his mistresses, the mosaic also features Neptune, the sea deity of the Ancient Romans.

We haven’t completed digging, so we are unable to determine if the structure is a public bathhouse or anything else, Saad told the AP.

A member of the Nabu Museum’s board of trustees and well-known Syrian actress Sulaf Fawakherji expressed her desire that they may buy other structures in Rastan, which she claims is full of undiscovered historical places and treasures.

Fawkherji told the AP, “There are more structures, and it’s obvious that the mosaic stretches significantly further. “Rastan is a historically significant city and might be a key heritage travel destination.”

Despite Rastan’s historical importance to the nation, according to Saad, little excavation work was done there prior to the country’s military strife.

Sadly, armed organizations attempted to sell the mosaic at one point in 2017 and posted it on social media, he added.

Over the previous ten years of persistent, brutal war, Syrian historic sites have been plundered and destroyed.

Taking control of Palmyra, a UNESCO World Heritage Site with 2,000-year-old towering Roman-era colonnades and precious antiquities, and partly demolishing a Roman theater were two of the most famous events.

After seizing it from armed opposition forces in 2016, Syria’s cash-strapped government has been painstakingly reconstructing Aleppo’s centuries-old market.

Before the Syrian government regained the city in 2018, Rastan was a significant rebel stronghold and the scene of violent confrontations.