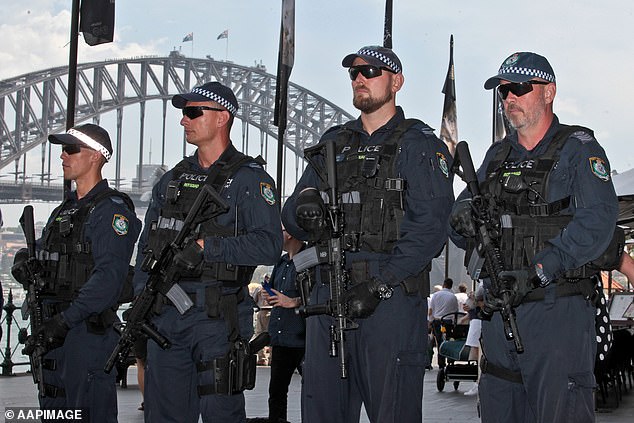 A NSW police command has drawn criticism for attempting to recruit high school students by mentioning that they had “pew pew” weapons.

On Wednesday, the Hills Area Police Command posted on social media, “Year 12 we want you,” encouraging kids to apply to be police officers. Fill out the forms here and come join us. We drive tiny woo vehicles, have pew pews, and many other fun things.

Following the post, others criticized the “distasteful joke” and the general lack of respect for weapons on social media.

I’m in my 40s, and this makes me cringe so much. Seriously, in regard to the disrespect shown for weapons? “Pew pews?” a user posted.

Another person said: “For the welfare of society, certainly do not become a policeman if you want to be a cop because “wee woo” and “pew pew.” If becoming a policeman appeals to you, you should be the last person to apply.

What could possibly go wrong with a police recruiting advertisement that features access to weapons for adolescent school dropouts as its main selling point? Another author wrote.

Tuesday’s post on the website began, “Trialing our new bumper stickers…” and included a photo of a police cruiser with the words “honk if you have warrants” on it.

Knowing the difference between an ambulance and a taxi is advised in another piece.

Please keep Save Triple Zero (000) in mind while saving lives in order to aid our very close friends the Ambos in helping us all. This will make it possible for emergency services to assist those who are most in need,” the message said.

The drive to recruit additional members of the force comes at a time when there is a critical shortage of police officers in both the state and the nation.

According to Kevin Morton, president of the NSW police union, the lack of officers is a result of the high cost of becoming a police officer.

Only in NSW must aspirant police officers invest thousands of dollars and months of their life in order to join the force.

Approximately $17,000 is paid up front by prospective officers for both recruiting and training.