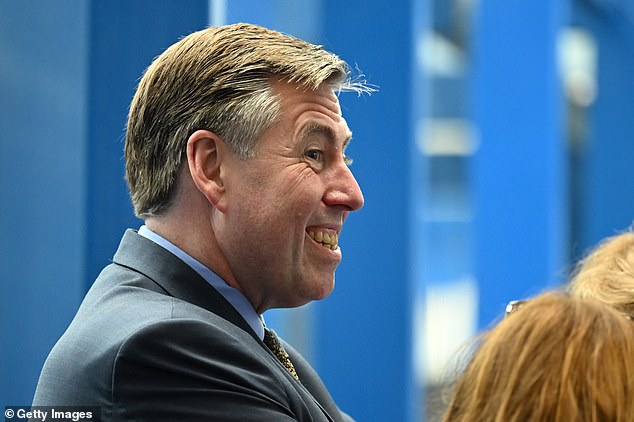 As Liz Truss struggles to remain in Downing Street, cabinet ministers are pleading with Tory MPs to forgo another “soap spectacle” amid accusations that more than 100 of them are preparing to attempt to unseat the Prime Minister.

In the aftermath of her mini-Budget disaster and the subsequent financial crisis, Ms. Truss is attempting to preserve her catastrophic government. Westminster is bracing for another tumultuous day.

The PM has given up on the economic platform on which she ran for the Tory leadership this summer and given the burden of calming the choppy markets to Jeremy Hunt, who took over as chancellor on Friday after Kwasi Kwarteng resigned.

In a scathing criticism of Ms. Truss this morning, a senior Conservative MP referred to Mr. Hunt as the “de facto Prime Minister.”

As she gets ready for a crucial meeting with ‘centrist’ Tory MPs this evening, the PM has also been cautioned that she will stay in No. 10 “at the time.”

According to reports, more than 100 people are prepared to write letters to Sir Graham Brady, the head of the influential 1922 Committee of the Tories, expressing their disapproval of her leadership.

Sir Graham has returned from vacation and will meet with Ms. Truss.

Conservative backbenchers are on him to either notify the prime minister that her time is up or to amend party rules to enable an urgent vote of confidence in her leadership.

As of right now, Ms. Truss is exempt from such a vote for the first year of her chairmanship.

Cabinet ministers are fighting back against the frenzied speculation regarding Ms Truss’s future because mutinous Tory MPs are still unsure of who would make the greatest PM replacement or how they would go about ousting her.

The House of Commons Leader, Penny Mordaunt, who has been mentioned as a potential candidate for Ms. Truss, urged MPs this morning in a newspaper piece to support the PM and Mr. Hunt.

She said in an article for the Daily Telegraph that “Our nation needs stability, not a soap opera.”

However, as the Prime Minister said, the country’s purpose is clear,’ Ms. Mordaunt continued.

“On that, we should all concentrate right now. Teamwork and pragmatism are required. Working with the Prime Minister and her new Chancellor is necessary. All of us are required.

However, despite Ms Mordaunt’s support from the people, no government minister gave radio or television appearances this morning to support Ms Truss’s stance.

The PM is scheduled to meet with the 100-member One Nation group of Conservative MPs this evening as part of her attempts to solidify her position.

Ms. Truss’ presence was confirmed by former minister Victoria Atkins, who added that the group will “do our very best and are a very warm, inviting audience for Cabinet members.”

She told BBC Radio 4’s Today program, “At the front of our thoughts will be asking her questions about how she plans to emphasize our compassionate Conservative beliefs that have won us elections since 2010.”

When asked whether she wanted Ms Truss to lead the Conservatives into the next general election, Ms Atkins said, “She is the PM right now; we won’t have an election for a few years.”

I want her to refocus us, to reaffirm our concerns for our residents and for the caring One Nation principles.

When questioned once again about whether she wanted Ms. Truss to lead the Conservatives into the next election, Ms. Atkins said, “If she can bring those ideals to the fore then I’m quite glad for her to do that.”

He told Sky News, “It’s fairly obvious that all the shots are now being called from No. 11.”

And in a sense, I’m delighted to say that I’m quite happy that they are because I believe that will stabilize the markets and I hope that we can find a solution for the United Kingdom.

If he gets this wrong, everything will go to hell in a handcart, but if he does it right, I believe we can come out of this stronger and better and begin to go in the direction that we all genuinely want to go.

The appointment of Mr. Hunt as Chancellor, according to former deputy prime minister Damian Green, was “already starting to comfort the markets” and gave the Conservatives optimism that they could “start anew.”

As a “pragmatist,” he described Ms. Truss and said, “She’s realized that the original budget didn’t operate in spectacular form.”

She thus adopted the sane position that we should try something new and nominated Jeremy Hunt as the extremely sane Chancellor.

Mr. Green said that averting another leadership race for the Conservatives “would be ideal.”

The best conclusion for the nation, but also, ironically, for the Conservative Party, is for the government to succeed, he added. “I believe the general people would be justified to look quite askance at that,”

“I believe Jeremy Hunt’s appointment and what he’s accomplished so far shows us a way that we can achieve that, and if we continue on that road then we will bring back the stability that everyone is screaming out for,” the speaker asserts.

We cannot continue in this manner, Mr. Bridgen, who backed Rishi Sunak’s candidacy for the leadership, told the Daily Telegraph. Our party, our nation, and its citizens deserve better.

A letter to the prime minister was shared on Twitter by Mr. Wallis.

In recent weeks, the Government has irreversibly split our Party and destroyed Britain’s economic credibility, he said.

“I’ve had enough. I wrote to the prime minister to request that she resign since the nation no longer has trust in her.